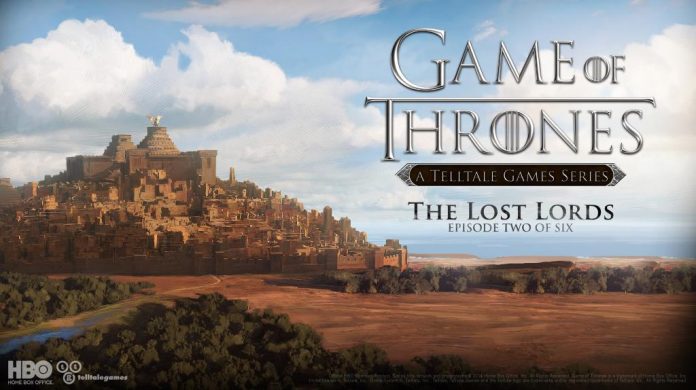 Telltale Games tweeted earlier today that we’re in for a treat tomorrow: a first look trailer of episode two of their Game of Thrones series. Episode two is titled “The Lost Lords”.