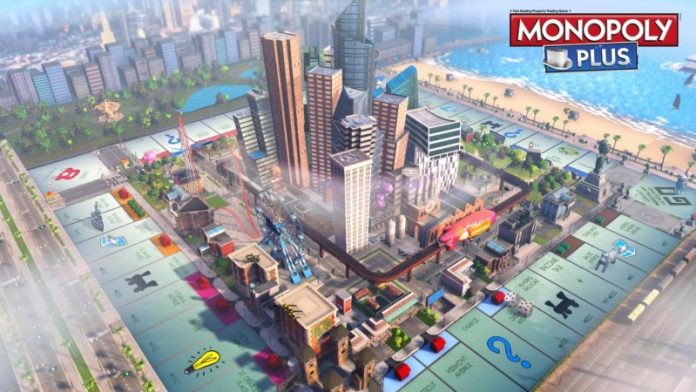 I love Monopoly. I’m not ashamed to admit it.

When I saw that Monopoly Family Fun Pack was being released on PlayStation 4 and Xbox One, I did a little internal whoop for joy. I loved Monopoly Streets on last generation (and did indeed platinum the PS3 version, after many painstaking hours on multiplayer) so had high hopes for a new addition to the Monopoly video game franchise.

I have to say, I’m left bitterly disappointed.

The disc version advertises three separate games being included – Monopoly Plus, My Monopoly and Monopoly Deal. To start with, we can totally discount My Monopoly. It’s not a game – it’s a mere side feature that lets you customise your own board. You can name your own streets, pick your own little logo for each of the spaces, and decorate the middle of the board with various rendered 3D buildings. It’s okay for five minutes of fun, but a totally pointless feature that offers you no real reward or benefit for the time it takes. I was hoping you’d be allowed to select from a number of the official Monopoly variants out there – why not let you play with your own local Monopoly, for instance? I’ve better things to do than go through and rename all the streets myself, thankyouverymuch. 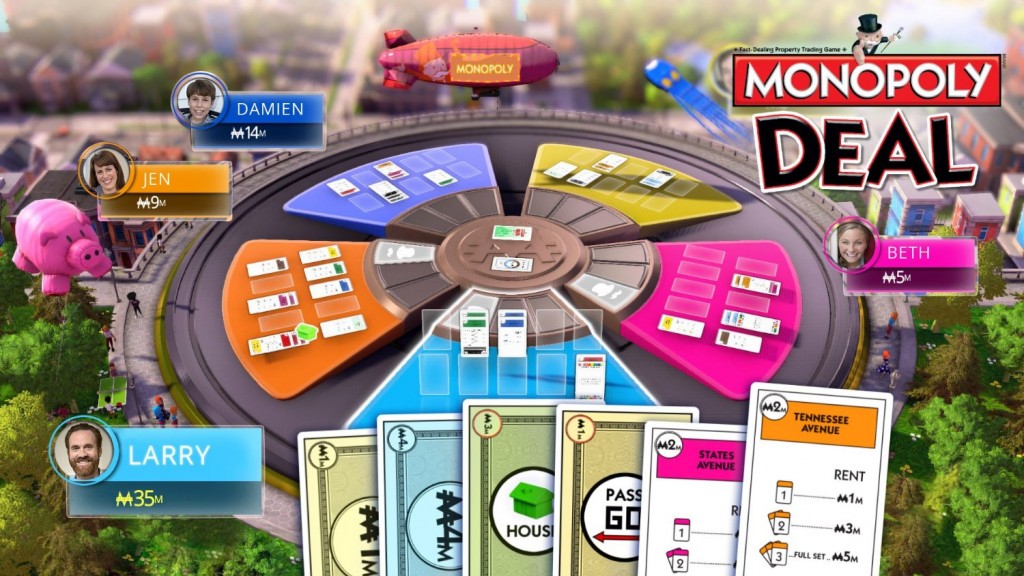 Monopoly Deal is an online-only card game. Actually, the game itself is pretty fun, but it’s kind of slow, especially when you’re in a four-person game. That’s if you can even get in a game at all – the lobbies are very sparse, and online players of the game are far and few between. Maybe about 30% of my attempts to get online were unsuccessful, and any successful attempt involved at least a five to 10 minute wait for someone else to appear. The only one time I managed to get into a four player game, it took so long that I got bored and quit half way through. Why on earth there’s no local vs CPU mode for this game is beyond me. That said, a two-player game moved quick enough to keep my attention, and was fairly enjoyable. It’s a simple game once you’ve got into it, but unless you check out the “how to play” section first, you’ll have absolutely no idea what on earth is going on.

Edit: since posting this review, a local versus CPU mode has been added to Monopoly Deal, which makes the game much more accessible in lieu of its dead online mode!

The bulk of the game itself, the whole reason anyone is buying it – Monopoly Plus – is pretty standard. It’s Monopoly, so it does what it says on the tin. I’ve yet to see where the “Plus” part of the name comes into it, however. You can choose a couple of different boards – a classic style 3D gameboard or an animated 3D board with actual buildings, and the disc came with the bonus of a Rabbids-themed board – which is essentially the same as the standard gameboard but with some Rabbids imagery thrown in for good measure. You can also use the gameboards you’ve created in My Monopoly.

There’s a few different sets of game rules you can choose from – the standard, the three-dice “speed” mode, build without sets, Free Parking rule, double moolah if you land on GO, and a couple others. One massive oversight though is that you can’t customise them. It’s either one or the other. I always played Monopoly with tax money going to Free Parking and collecting £400 if you land on GO. In this Family Fun Pack, it’s one or the other. Not being able to fully select your own rules set is frustrating, especially since this was in Monopoly Streets, so feels like a big step backwards. 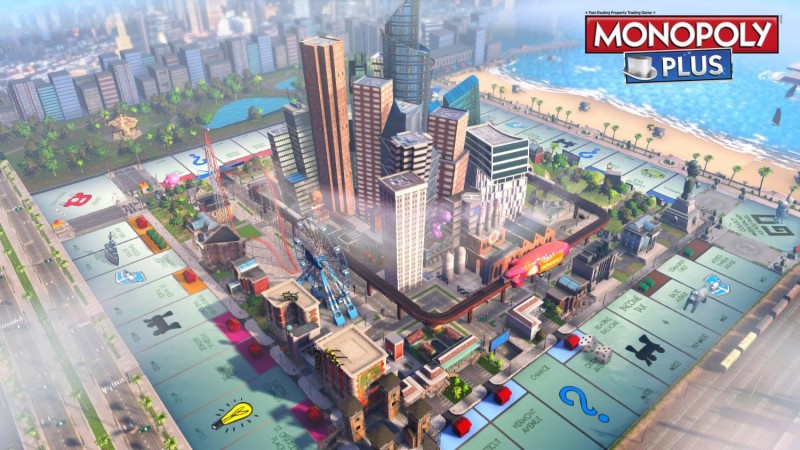 The lack of a full trophy list on the PS4 version is also a gripe – we kind of expect any disc release should have full trophy support, so it’s a bit of a let-down. Though what trophies are there are pretty easy to obtain – but it does mean that after 2-3 hours of playing, you’ve probably got most of the trophies, so it seriously decreases the want or need to replay the game.

What Monopoly Family Fun Pack does do right though is the graphics. Sure, it’s a very basic game, but it’s got a nice art style, it runs smooth and looks  nice. Unfortunately, that’s about all I can say that’s particularly positive.

For a budget release though – retailing at less than £20 in most shops – it’s not bad. If you like Monopoly, then it delivers what it promises… a digital game of Monopoly with a bonus card game to boot. If you’re looking for anything groundbreaking, you’re not going to find it here, but if you’re happy with a bog-standard board game, then Monopoly Family Fun Pack is probably worth the money.

Monopoly Family Fun Pack is available on disc for Xbox One and PlayStation 4. The separate game modes are also available digitally. We reviewed the PlayStation 4 version.