Ubisoft’s The Crew is a big game. Really big. A coast to coast drive from the eastern to the western side of the map easily takes more an hour in even the fastest cars, yet you’re never more than a minute away from something to do. The time we’ve spent exploring The Crew‘s representation of America has been enjoyable but it isn’t without a few frustrations and issues.

When The Crew was announced at E3 2013 it looked very impressive, promising truly next gen visuals and a wealth of customisation options. What has been delivered falls a little short of this promise unfortunately.

Visually, the game is a mixed bag with the cars literally stealing the show. Whether it be a Lamborghini Aventador or a Ford Mustang, all have been wonderfully modelled and have varying degrees of visual customisation options. The environments, however, are a little disappointing with some shoddy texture work here and there, and a general lack of polish. The lack of a nice lighting model and poor anti-aliasing are what hurt the visuals the most though, and make the game looks almost last gen for a huge amount of the time spent playing. 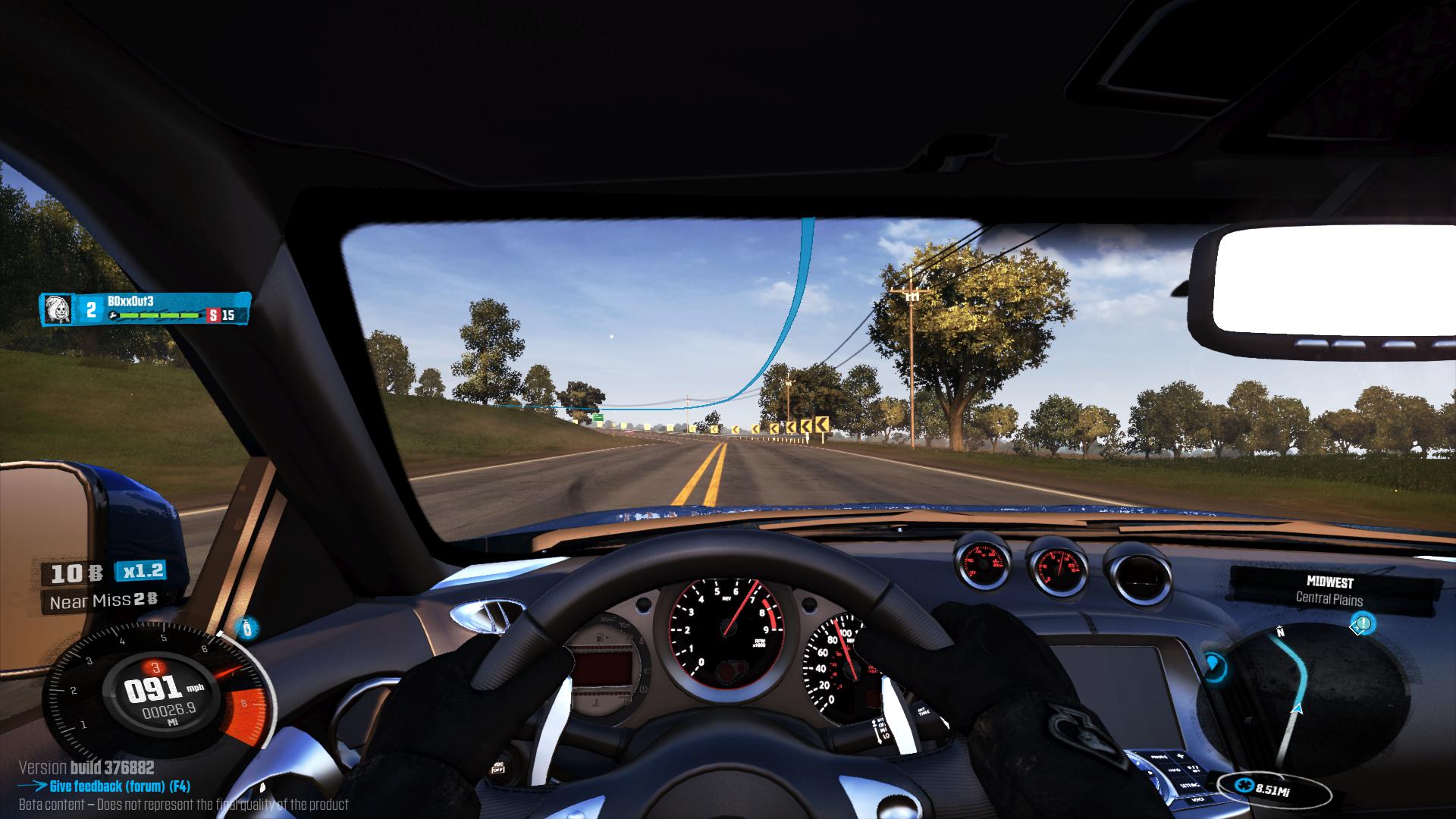 Surprisingly, the meat of the game is an extensive story mode that can be played alone or as part of a crew of up to four players. What is unfortunate however, is that the mission design is sometimes inconsistent, with some missions only playable solo and others very difficult unless playing as part of a crew. Luckily there’s only a handful of these events which means the game is generally fun and rewarding to play. In addition to the main story there are also a huge amount of PVP and faction events to take part in, earn money, and purchase new cars and customisation options.

Customisation plays a fairly big role in The Crew, with each car having a multitude of performance and visual options. Once a car is purchased it must be taken to one of five “tuners” to enable it to take part in races of that tuner’s spec. Irritatingly, some cars such as the Lamborgini Aventador can only be tuned to be performance spec which severely limits the amount of events it can be used in, whilst cars like the Nissan 370Z can be tuned to be any of the five specs available: street, dirt, performance, raid and circuit. Whilst all cars can be visually customised to some degree, some specs drastically reduce the options available. Performance upgrades merely increase your “car level” and are generally earned by completing skill challenges. Aside from the car level, the game also has a level system for the player, awarding perk points upon each level up. These perk points can also be used to customise performance of your cars or provide other benefits such as increased visibility of events in the game world. Unfortunately, some of these perks seem largely redundant, such as those that reduce the cost of performance upgrades or repairs as you rarely need to purchase either. Overall, we’ve enjoyed the time we’ve spent playing The Crew. Its huge game world and rewarding RPG aspects have kept us entertained to the completion of the story and I’m sure we’ll sink more time into its faction and PVP events. Whilst it’s not perfect, it puts more steps right than wrong and is a solid basis for any future entries in the series. For anyone that enjoyed Ubisoft’s Driver: San Francisco or is looking to fill the space that Need for Speed‘s 2014 no-show has created, this is highly recommended.

The Crew is available on PS4, Xbox One, Xbox 360 and PC. We reviewed the PlayStation 4 version.