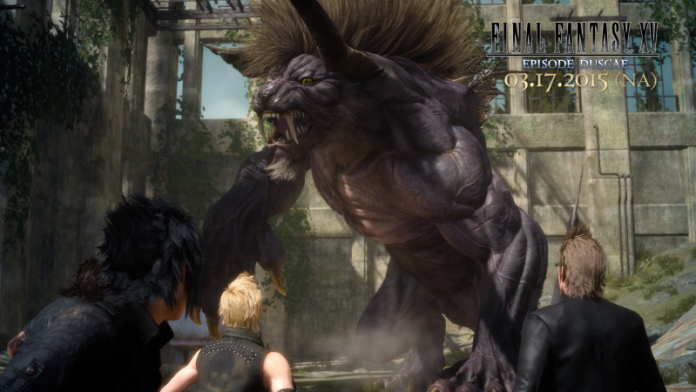 Square Enix have released some screenshots from Final Fantasy XV, or more aptly, from the playable demo of the game, Episode Duscae, which is due to be released on 17 March.

The demo will be available to people who purchase a copy of Final Fantasy: Type-O HD, as a redeemable download code in the box. It’s apparently going to be available for a limited time only. We don’t know yet if it’ll be available to download by any other means, but we’ll bag a preview of it as soon as we possibly can.

For now, feast your eyes on these epic looking screenshots…

There’s no release date for Final Fantasy XV yet, but you can pre-order now from Amazon.

Final Fantasy Type-0 HD is out in the UK on 20 March on Xbox One and PlayStation 4, and you can order it now to ensure you’re the amongst first to play the XV demo!