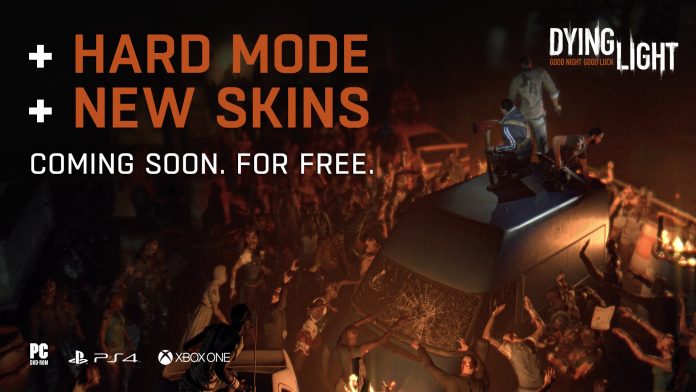 Yep, they said it. A hard mode and new skins are being patched into Dying Light for the grand old price of FREE!

This is part of Techland’s long-term plan to keep supporting Dying Light, its Dead Island-esque zombie survival FPS. A hard mode has been frequently requested since release, so Techland have listened to the people and obliged. No date has been announced for release yet though, having just stated “in the coming months”.

The hard mode will include, amongst other additions:

There’ll also be other additions patched in alongside hard mode, including some fixes for stabilisation issues, and character costumes and skins.

Ongoing support from developers is always very welcome, and after Dying Light‘s patchy physical release, it’s good news. The game will be released physically in Europe and other territories outside of America on 27 February. Pre-order a copy from Amazon now.