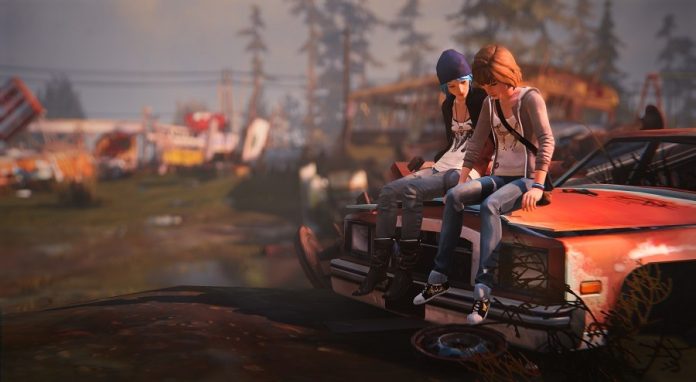 After the incredibly impressive first episode of Life is Strange, we couldn’t wait to get our teeth sunk into episode 2.

It had a lot to live up to since episode 1 blew us away (you can read our review here). I’m pleased to say I haven’t been left disappointed. After finishing the second instalment in one sitting, Max and her time-rewinding antics are firmly etched on my mind and episode 3 just can’t come quick enough.

Life is Strange episode 2 picks up with Max waking up the day after the events where episode 1 left off. This felt a little weird; mostly because it’s been two months since we’ve played, so events referenced from episode 1 don’t feel as fresh as they should. The game made it feel like more time had passed; the way characters were interacting with each other and the way Max acted made it seem like her discovery of time travel was a mere anecdote from several weeks ago. New occurrences have been referenced, and it’s hard to see where these fit in over the space of a less-than-24-hour gap since we last spent time in Blackwell.  It’s not a major problem, but the initial set up of the story is perhaps a little jilted by the confusing timeline.

That said, it really doesn’t detract from the enjoyment of the story. Once again, I was absorbed straight away into the world of Blackwell Academy and its believable characters. Some have said that the dialogue can be very contrived and hard to imagine coming out of the mouth of a “real” teenager, but it resonates just fine with me. Typical high school stereotypes have been heavily played upon in Life is Strange, and whilst the dialogue might not always seem like the most natural use of the English language, it doesn’t feel out of place. Each character has their own vernacular and even though it may not represent the way “average Joe” or “plain Jane” speaks, its suited to fit the characters perfectly.

On the subject of speech, the lip syncing has to be mentioned. In a word, it’s pretty atrocious. Truth be told, I barely noticed it in episode 1, but I couldn’t stop focusing on it when playing Life is Strange episode 2 – I was probably just more conscious of it this time round. It’s a shame, because it somewhat taints the realism that the rest of the game so perfectly creates, but at the end of the day, it’s a minor flaw. Developers at Dontnod did address the issue in a recent interview with Eurogamer, stating that they were restricted by budget and made the decision to spend in areas they saw more important, such as story writing and voice acting. And fair enough. It’s disappointing that the game had to be restricted by budget, but in the wider context of the game it’s a fairly small set back in an otherwise flawless execution.

Life is Strange teeters a line between making you feel like your choices actually matter, and totally removing any responsibility from the consequences. You do get a real sense of the impact each of your decisions make, but Max’s ability to rewind time takes any of the onus away from you. Don’t like how the conversation goes after you’ve made your choice? No problem – hit the rewind button and try again. That said, it highlights cause and effect and extends the gameplay by allowing you to see more versions of conversations than you would have otherwise. It just means that, for the most part, you don’t have to think so carefully about the best option to choose, as you can simply cycle through them all before settling for the one you like best.

The highlight of Life is Strange episode 2 comes at the climax of the episode. Without giving too much away, Max cannot use her rewind time power and has to have a very important conversation with a friend, with a great deal resting on the outcome. Having the freedom to hit rewind taken away from you really builds the pressure to “get it right”, and the whole scene feels very fraught and tense, just as its designed to be.

Episode two takes us to more locations and introduces to more characters and townsfolk than episode one did. We visit the town itself – an old fishing town in the shadow of its former glory, visit a diner and learn more about Chloe and Rachel’s friendship. Max learns more about her powers and we learn some more about her classmates and “friends”. All of the new characters are well-designed and realised, but some of them felt fairly inconsequential. During a scene in a diner, you get the opportunity to chat with several townsfolk. Whilst it was nice to see a vast array of characters and get a better feel for Max’s town, I got the feeling that a lot of these conversations was merely “filler”. I may be wrong; every character may turn out to be significant in some way… but I doubt it. Don’t get me wrong here; there’s nothing wrong with idle chit-chat with random townsfolk – it’s a staple convention of any classic “adventure” game. But in Life is Strange, where the concept of the butterfly effect and consequence of every tiny action is emphasised to the highest degree, it felt a little anti-climactic to have a conversation with a diner who had nothing else to say to me besides “leave me alone to eat”.

The soundtrack to episode two of Life is Strange really shines. Each song is perfectly suited to the scene in which its playing over, with most of the cut scenes feeling very filmic thanks to the mood set by the music. The songs chosen are largely alternative-indie rock, and all complement Max’s character; you can imagine that these are the songs that she herself would listen to. The whole game is excellent at creating mood and feeling, and the music is the cherry on top of this.

Life is Strange episode 2 is a great follow up to the first episode. We’re getting more into the meat of the story now, and episode two has begun to set the scene for many exciting things to come in future episodes. Story wise, it is just as strong as episode 1 – if not more so. But after spending more time in the game – and perhaps more under a microscope than with episode 1, minor flaws have come to the surface. The poor lip syncing can be hard to ignore, and the animations are a bit rougher around the edges than we’d like them to be; looking decidedly last-gen in some places. But at the end of the day, Life is Strange isn’t the type of game you play for cutting edge graphics. We’re here for the story, and boy does it deliver. I devoured every minute of the game without getting distracted or losing interest, and I’m even more excited for the next instalment than I was before.

Life is Strange is available on PS4, Xbox One, PS3, Xbox 360 and PC. We reviewed the PS4 version.

Life is Strange: True Colors is Coming in September