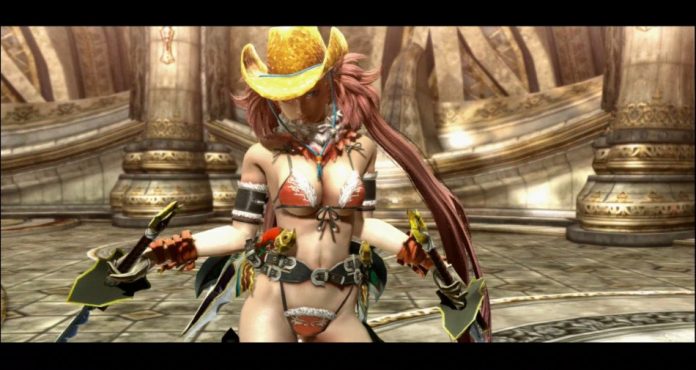 NIS America has announced that it plans to bring Onechanbara Z2: Chaos to Europe this autumn, exclusively on PS4.

For those unfamiliar with the series, the Onechanbara games feature sexy samurai sword wielding female vampires that for some reason or another have taken it upon themselves to do battle with hordes of zombies. Whilst story obviously isn’t their strong point, they do offer generic hack and slash fun with a hint of titillation.

Onechanbara Z2: Chaos promises sumptuous HD visuals and four playable characters, each with their own moveset. Along with what is sure to be a ridiculous story mode, a mission mode is also set to be included as well as a wealth of upgrade and customisation options. Rounding off the package is a full English dub – a first for the series – which means we might actually understand what the girls are shouting in the heat of battle.

There is no specific release date yet, but we’ll update as soon as we find out.