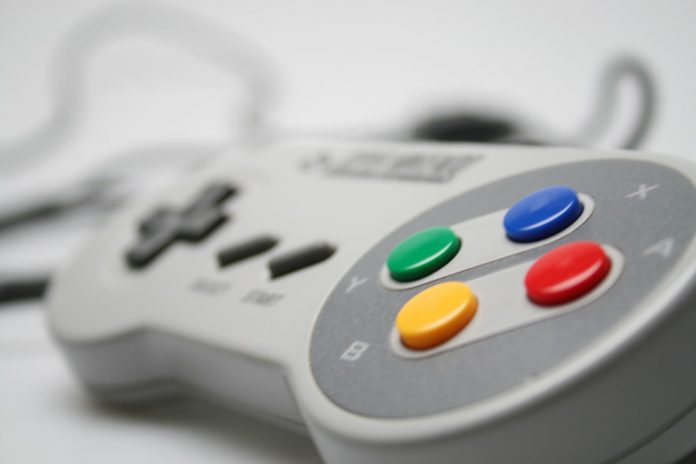 As we reported earlier, Nintendo  are amidst development for a brand new games console – given the codename NX.

We know absolutely nothing about this mysterious console at the moment. Nintendo are describing it as a “brand new concept” that will “bridge the gap between smart devices and dedicated video game hardware” and will release more information about it next year.

The announcement comes shortly after Nintendo declared plans they were moving to focus more on smartphone gaming development. It’s likely this announcement has been put out there to quell any rumours of Nintendo completely exiting the console market.

In the Business and Capital Alliance Announcement between Nintendo and DeNA, Nintendo said:

“As proof that Nintendo maintains strong enthusiasm for the dedicated game system business, let me confirm that Nintendo is currently developing a dedicated game platform with a brand-new concept under the development codename NX. It is too early to elaborate on the details of this project, but we hope to share more information with you next year.”

It begs the question, though: does the world need another Nintendo console? Has the apparent failure of the WiiU taught them nothing?

Clearly, Nintendo are still pining after the runaway success of the Wii. Yes, the Wii was the biggest selling console of last generation by a landslide (selling over 100 million compared to the 360 and PS3’s circa 85 million each), but its success was short-lived: families soon got sick of playing tennis and bowling, and as a console it was never taken seriously enough by the gaming communities to be a platform with any kind of longevity. The WiiU had promised to be considered a “serious” gaming console, but mixed marketing to an unclear demographic helped ensure its ill-fated demise. What makes them think another console is going to fare any better in a market where Xbox and PlayStation leave very little left over?

That is, of course, speculating that the NX will be a home console. Perhaps it will be another handheld device, a market that Nintendo have fared extremely well in over the last two decades. First with the GameBoy, and then with the DS and 3DS, Nintendo have pretty much dominated the handheld market with very little struggle. The DS has been around since 2004; it’s had a few upgrades and makeovers since then, but the core concept has remained largely unchanged in the last 11 years (of course, apart from the addition of 3D, and slightly improved graphics as the generation has aged). After over a decade, perhaps it’s time for something new to take the DS’s place. Maybe Nintendo could sustain a new handheld that captures their fan’s hearts as much as the DS did.. but it seems unlikely.

Nintendo themselves in their conference have noted their strong point being a “unique strength in its IP“:

“Nintendo’s strength lies in, or our consumers see the most value in and are willing to pay money for, Nintendo IP, such as our software and characters, and we have been creating and nurturing them together with the history of home video game entertainment.”

Sure, no other console has ever had any characters or game franchises as iconic as Mario or Zelda. But these games have been around since the 1980’s. Mario turns 30 this year, and Zelda is following close behind him. Can a 30 year old concept that, apart from the obvious technical upgrades, remains largely the same really continue to stand the test of time? Is this really enough to base an entire new games system on?

The WiiU has struggled to pull in many third party titles as a result of its poor launch and even poorer lifespan. If you go into any shop to browse their Wii U catalogue, you’re not greeted with much except several games featuring Mario or Luigi, perhaps a Sonic thrown in there too, and a small handful of unfortunate third party titles. It doesn’t paint a good picture for Nintendo’s console future.

For a long while now, there’s been speculation of Nintendo going the same way as Sega: continuing to develop their IPs, but holding up their hands and admit that they’re no longer able to keep up with the demands of the console market. It seems though, that unlike the birth parents of their adopted Sonic, they’re stubborn and unable to see a true potential in the market. It’s understandable after such a successful history in consoles that they’re unwilling to admit defeat. After all, they do still have a very strong fan base. Nintendo fans are perhaps the most loyal of all fans – but it’s a waning number.

I grew up on Nintendo. From getting a SNES at the age of six, I was hooked. Mario was awesome. Zelda: A Link to the Past was the first game I ever completed. I played the GameBoy iterations and graduated to Nintendo 64 and the early Nintendo DS Zelda offerings. I played Twilight Princess on the Wii and loved it, but somewhere along the way I wanted more from a game. I realised that I wanted some variety; as much as I loved helping Link on his quest to save the princess, and as much as I wanted Mario to win over Princess Peach, I needed something different. Everything felt too familiar, and when a new game was getting released, I was no longer getting excited for it; undoubtedly it’d be very similar to the one I’d just played. Of course Nintendo do have other games, but Mario and Zelda are their biggest and most popular IPs, and I know I’m not alone in feeling they’ve become a little too tired and recycled in their 30 year life span.

In the early 90s, when I excitedly received my Super Nintendo, video games were very much a “kids” thing. Adults wouldn’t play much, not unless they were playing with their kids. Now, some 20 years later it’s a very different market. The target market for PlayStation and Xbox isn’t young children: it’s adults. And adults aren’t very much interested in the colourful and stimulating worlds of Mario and the ever-present fairytale theme of “save the princess” (generally speaking, of course). I do believe that a lot of the appeal of Nintendo to most adults of today is purely nostalgic. The lure of “retro” is what keeps a lot of fans hooked on their love for Nintendo products and IP.

“Retro appeal” just isn’t enough to keep a brand new console afloat. Console sales are generated with the promise of new, exciting IPs and cutting-edge graphics. Would Nintendo really pull a totally new IP out of the bag at this point? It seems unlikely – and even less unlikely that they’d even want to do that in the first place. They remain faithful to their current cast, and whilst it’s very respectable, it also means that Nintendo has become very stagnant in an ever-changing and ever-evolving market.

Don’t get me wrong, it would be wonderful to see Nintendo thrive on the release of their new console, the Nintendo “NX”. Another record-breaking hit like the Wii would be a welcome breath of fresh air – but to stand the test of time, Nintendo need to constantly remain current and keep changing along with the latest trends. With the emphasis they’ve placed on their beloved IPs, it seems unlikely they’re going to make any drastic changes to their image, and unless they do, will Nintendo really be anything else other than a remnant of our childhoods, hidden in the shadows of the giants?