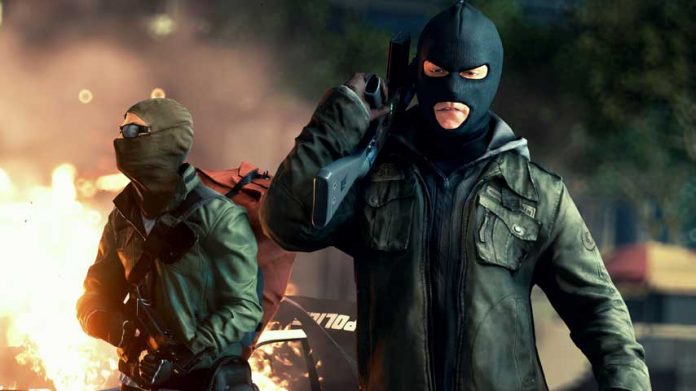 After 2013’s pretty disastrous launch of DICE’s Battlefield 4, the pressure was on publisher EA to do everything in their power to ensure that its successor would be a solid entry into the series in order to recover some of the goodwill lost amongst the fanbase.

Handing over development to Visceral Games, known for their work on the highly regarded Dead Space franchise, the series seemed in good hands when they announced Battlefield Hardline, promising cops and robbers-style multiplayer gameplay and a story driven cop drama single player campaign. After delaying the game from its planned October 2014 release to March 2015 in order to address issues raised during its Beta trial, Battlefield Hardline is finally upon us, and unfortunately we’re not overly impressed by the package.

Starting with the single player campaign, I was initially very pleased with the presentation and variety of gameplay on offer throughout the first few episodes. Despite running at only 900p with an abundance of jaggies, it looks pretty nice and has excellent animation and voice acting. Also, with a mix of shooting, investigation, police work and a car chase, Battlefield Hardline starts strong with a promising degree of individuality and flair. Sadly though, it quickly goes downhill from there, with a promising story descending into clichéd ridiculousness and gameplay becoming a lesson in monotony. Playing as Officer Nick Mendoza, the campaign is quite a diversion from the usual Battlefield gameplay; instead of simply shooting the bad guys, you’re better off – and also rewarded for – arresting them. Each area becomes almost like a puzzle, with you staking out buildings and courtyards etc. from afar in order to analyse and assess the perps ahead of you, before working out the best course of action required to carry out arrests, locate evidence and fulfil your objective without being detected. At first this seems like a novel idea; it makes sense that an officer of the law would take this analytical and pacifistic approach to such situations, right? However, as a gameplay mechanic it quickly grows old as it necessitates a slow and repetitive approach to your task at hand. It wouldn’t be as bad if the act of actually arresting perps was a little more involving than just moving into range, pressing L1 to show your badge and then moving in to make the arrest. Sometimes attempting to arrest more than one perp at a time sees them slowly reaching for their guns while you focus your attention on their buddies, but this situation is often quickly rectified by your AI controlled partner or a slight bit of attention by the barrel of your gun. It’s hardly riveting stuff, especially when your arrests result in the same dialogue being spoken by the same voice time and time again – as if all the criminals in Miami had been created via some cloning initiative.

As you play through the single player campaign you earn experience points for most actions such as completing objectives, fulfilling arrest warrants and disabling alarms. You gain no points however for shooting people, even in the few sections of the game where you have to stand your ground and fight fire with fire. This once again influences the player to approach the game with stealth where possible, and make arrests rather than kills in order to gain experience. Stupidly though, the rewards for levelling up pretty much solely consist of guns and gun customisation options which you are likely never to use. My first playthrough – on veteran difficulty where caution and stealth are pretty much required – saw me max out at level 15 about two thirds into the game and finished with a completion time of around six hours. I used a grand total of three guns throughout the campaign, and my gadgets such a trip mines and gas mask were used only a handful of times. Completing the game unlocks an additional Hardline difficulty, but I fail to see what this adds apart from more tedium of sneaking through levels and unlocking equipment you are never going to use.

I imagine for most Battlefield fans however, that the single player campaign is inconsequential. The series is mostly popular for its frantic online multiplayer, and luckily, in this regard, Battlefield Hardline pretty much delivers. Offering the series staple conquest mode, along with the standard team deathmatch and a whole host of new criminal themed match types, there’s plenty here to keep players entertained. Whilst a number of the new match types such as “Heist” and “Blood Money” simply offer an uninspiring twist on the standard capture the flag template, the new “Crosshair” and “Hotwire” modes really stand out as interesting additions to the series. Crosshair sees two teams of five each taking it in turns to be the cops or criminals on smaller, intimate maps where death is final. The catch is, in each round one player on the cops team is designated as a witness, and it’s up to the rest of their team to get them to an escape point safely whilst the criminals attempt to silence the witness by killing them. It’s a tense game mode that moves relatively quickly and is great for a quick burst of action. It’s also the mode that makes the best use of the cops and robbers theme. I had the most fun however in the new Hotwire game mode, which whilst similar to conquest mode, feels fresh due to the fact that the control points are in fact vehicles. With numerous vehicles to control on the map, the opposing team’s tickets are depleted by gaining control of a vehicle and then driving above a set speed. What ensues is a mix of territorial gunplay and vehicular madness that is great fun for all.

Returning Battlefield players will be very happy to discover that the issues which plagued Battlefield 4’s release are pretty much non-existent. I constantly found it easy to get into matches, and when I was in them, the experience was consistently free of connection issues and troublesome lag.

Overall, Battlefield Hardline is an unremarkable release, and it really depends on what you want from a Battlefield title as to whether it’s worthy of your hard-earned cash. Those looking for more of the same Battlefield multiplayer action will no doubt lap this up; it changes very little to the tried and tested formula, and is therefore very easy for fans to jump into in order to experience new maps and game modes. However, you kind of get the feel that there’s nothing here multiplayer-wise that couldn’t have just been released as DLC for Battlefield 4. Those that place value in Battlefield’s single player campaigns however, will probably want to steer clear, as in my opinion Hardline’s is the weakest in the series yet.

Battlefield Hardline is available on PS4, Xbox One, PS3, Xbox 360 and PC. We reviewed the PS4 version.