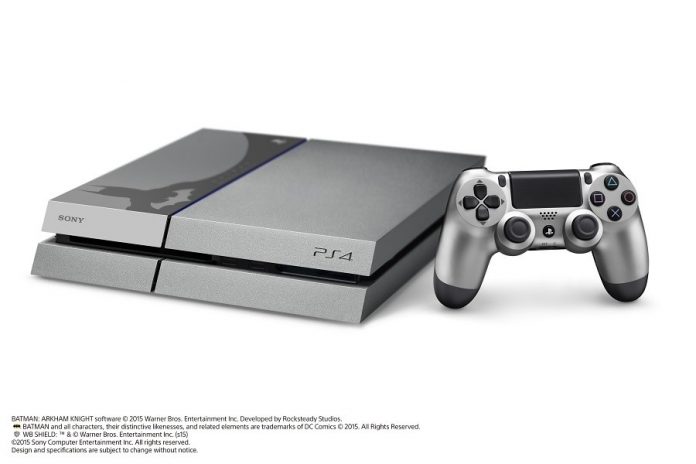 Sony have unveiled a new Limited Edition Playstation 4 model that will be released alongside Batman: Arkham Knight on the 23rd June.

Silver, with a Batman: Arkham Knight motif, it looks pretty nice if I say so myself. Take a look at the pictures below to see what you think:

The Limited Edition Batman PS4 console has a 1TB hard drive and comes bundled with a copy of Batman: Arkham Knight. We’re not sure just how limited it actually is though. Costing £369.99 from Amazon and Game, better get your preorder in now if you want to guarantee yourself one!