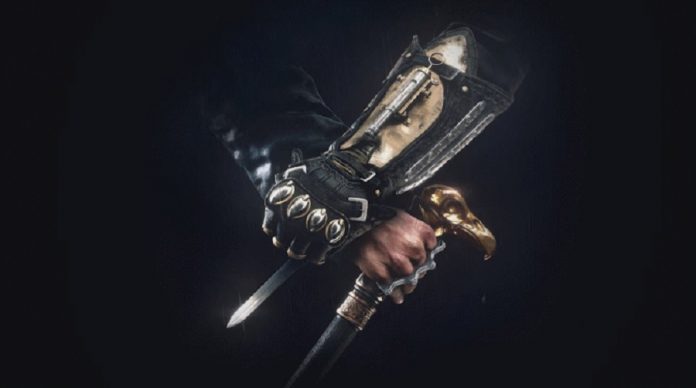 Everybody set your alarms for 5 p.m. GMT on Tuesday 12 May – Ubisoft are making a big reveal of the new Assassin’s Creed game. We already know a little about the game: it’s almost certainly set in Victorian London. Originally, we knew it to be called “Assassin’s Creed: Victory” but recent rumours have emerged that it’ll actually be called Syndicate. Either way, we’re well and truly strapped into the hype train, and are looking forward to hearing more about what the next Creed is going to offer us.

Here at GameSpew we’ve been fantasising over a Victorian London-based Creed since, well, ever since Assassin’s Creed was a thing, really. So we can’t help but daydream about all the possibilities that lie ahead and the things we’d really like to see. Here’s five things we desperately hope for in the new Assassin’s Creed…

Whitechapel’s most notorious serial killer, Jack the Ripper just has to have a place in the new Assassin’s Creed. No game set in Victorian London would be complete without him. Could he actually be a Templar, on a tirade to cleanse London of prostitutes? Will our Assassin find him and kill him? Ubisoft will be missing out a trick if Jack the Ripper isn’t featured somehow.

Elizabeth Tower (home of Big Ben) is perhaps one of the most iconic landmarks in England’s capital. Since the first Creed game, we’ve dreamt of being able to scale the familiar tower, climb right to the top and ring Big Ben ourselves, before diving down and landing in a peasant’s pile of straw. There’s also a series of medieval crypts underneath Westminster Palace, ready to be laden with some puzzle to be solved – we can’t think of a more perfect Assassin’s Creed setting, to be honest.

Okay, so Sweeney Todd isn’t exactly a real part of London history, but the name is so synonymous with old Londontown that he might as well be. We’d love to see a nod to him – maybe a visit to his barber shop – fed into the new Assassin’s Creed game. Perhaps he could even be a fellow Assassin, slicing the throats of Templars when they visit for a quick trim?

Since Black Flag, we’ve been a little bit obsessed with the at-sea elements of Assassin’s Creed. There’s something so very satisfying about getting behind the helm of a big old ship, heading out onto open water, and firing away at passing enemies. We’re not quite sure how ships could be shoehorned into London though – sailing down the Thames might not have quite the same grandeur…

When we think about Victorian London, we inevitably draw the image of dark and dreary narrow alleys and grim looking shanty townhouses. The darkness and shadows – as opposed to the lightness and sunshine we’ve experienced in the Caribbean and mainland Europe in past Creed games – will create a perfect backdrop for new elements of stealth gameplay. Why hide in a bale of hay when you can crouch in a shadowed alleyway?

Whether Syndicate or Victory we’ve high hopes for the new Assassin’s Creed being the best yet. What features do you most want to see in the new game?

See our article with the full lowdown following the announcement of Assassin’s Creed: Syndicate!