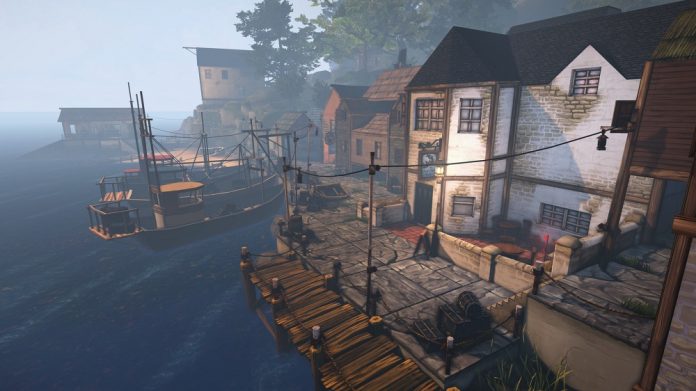 Ever wondered what it’s like to enter someone else’s memories? Thanks to Ether One, now you can.

Essentially a first-person puzzle adventure game, Ether One deals with the very difficult and touching topics of dementia and Alzheimer’s Disease. You play as yourself, a.k.a. the “Restorer”, working on a new and controversial cure of dementia. Your job is to physically enter the memories of the patient – in this case, an elderly woman named Jean Thompson – and collect and restore her past memories and destroy signs of the disease.

The game is set in the fictional Cornish town of Pinwheel (reminiscent of Padstow based on its harbour location and the heavy references to May Day festivities). The areas you visit as you play are either based in the town, and have a very quaint, seaside village feel, or are set in the industrial area – deep within mines and dark, rumbling factories. There’s a very distinct feel to each location; personally I preferred the ambiance of the village settings – the industrial areas lack the same level of interest and the repetitive nature of the scenes were rather boring. The village and harbour on the other hand are bright and airy, and in their very nature and design make you want to explore to further uncover the beauty they hold. 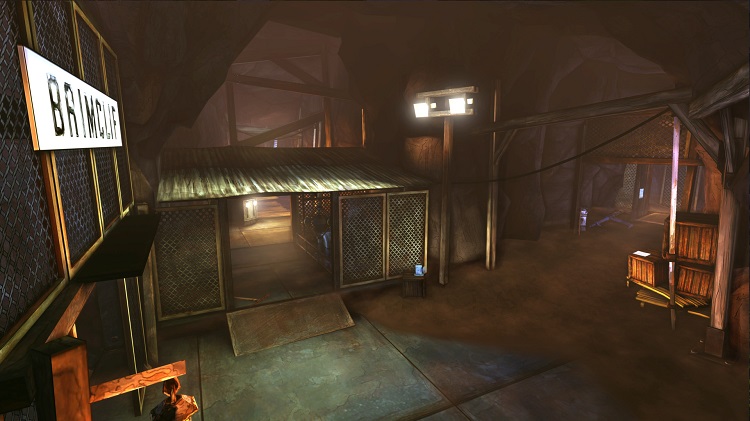 Apparently the PlayStation 4 version of Ether One has been entirely rebuilt using Unreal 4. It’s disappointing then, that the graphics still feel very dated and rather “clunky”, for lack of a better word. Yes, the environment design for the most part is nice; it represents a picturesque seaside town very well, but unfortunately it’s markedly last-gen looking. There was also some serious slow-down issues. Usually when progressing with puzzles, I’d reach a key stage and the frame rate would drop drastically. I had to quit and reload the game a few times as a result of this. It’s also worth noting that the game crashed on me several times, resulting in some lost progress. At one point, the game would crash on me in the same place without fail, until I’d progressed another part of the story. Not ideal when, theoretically, you should be able to complete the puzzles in any order you wish.

Despite the technical problems, Ether One is, by and large, a charming and delightful game. It’s not going to be everyone’s cup of tea; it’s very laid back, yet requires a great deal of thought. There’s no intense action-packed sequences here, I’m afraid. The puzzles are a mixed bag – some are much easier than others, but on the whole, all require a great amount of detail and exploration. Puzzles are mostly contained in their specific area (although occasionally you may need to use an item or piece of information that you’ve uncovered from another area), but the sheer size of these areas means you have to be very vigilant to everything you see. Some areas, particularly the industrial locations, are particularly hard to navigate, with maze-like corridors leading to various rooms and spaces that all look very similar to one another. Some kind of map function would have made the whole experience much less frustrating, as I constantly found myself walking around in circles trying to find a particular area I’d already passed through. 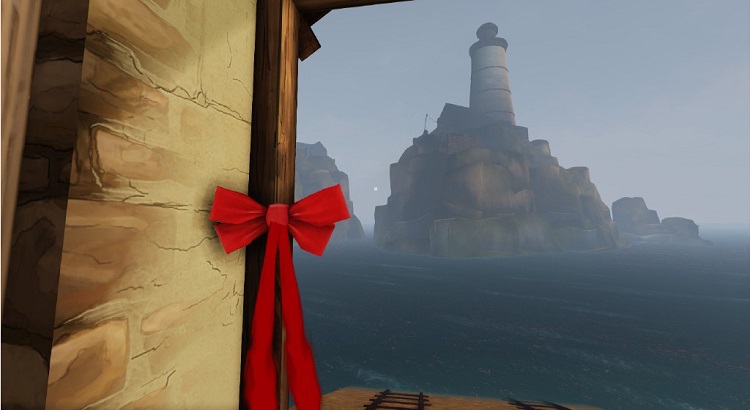 The inventory system of the game, whilst innovative, came with frustration. Rather than having the classic inventory of objects stored on your person, you can only carry one object at a time – everything else is stored in “the Case”. The Case is your starting point for the game; essentially, it’s your hub where all important clues are stored and where you can travel to other locations. Within the Case are a series of shelves where you can store any artefact you find in the game. You can warp back to the Case at any point with the click of a button, and warp back to exactly where you left off. This is handy at times, but when it comes to your inventory, it means you’re constantly leaving the location to get to your stash, and for me, it broke the flow of the game somewhat.

I suppose the difficulty of most of the puzzles will be down to how much exploring you’ve done, and how much attention you’ve paid to your surroundings. Puzzles rely heavily on notes, objects and information laid out around Pinwheel, so if the correct objects are fresh in your mind, a solution may well click into place fairly quickly. Unfortunately though, thanks to the expanse of the areas and the fact that there really is just so much to take in (and no way of knowing what items are relevant and what are just junk), you’ll undoubtedly find yourself struggling for a solution, revisiting your inventory time and time again – and, if you’re like me, you’ll end up consulting a walkthrough guide on more than one occasion. That said, it is rewarding to have finished a puzzle without any help, and most are fairly logical – as long as you’ve found the right clues along the way. 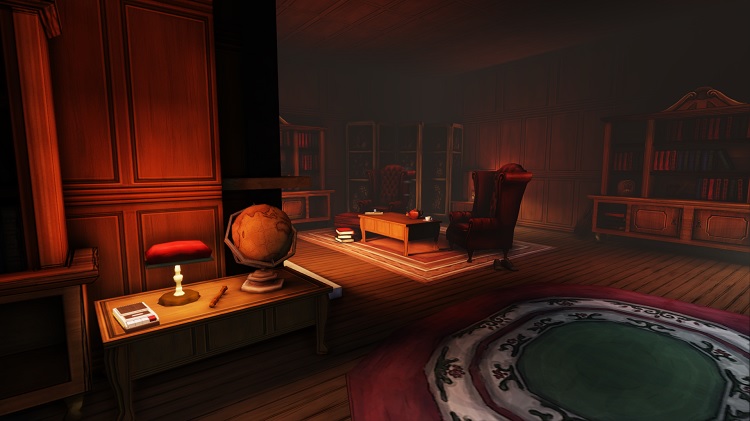 Although I’m talking a great deal about puzzles, rather surprisingly you don’t have to complete any of them in order to complete the game. Whilst the puzzles seem to be the essence of the game, to progress through the story all you need to do is find eight ribbons in each location – all of which are in plain sight. Obviously, completing each puzzle reveals more story and gives you a deeper immersion into the game, but it’s nice to know that, should frustration become too much, you have a “get out of jail free” card, so to speak. I’d highly recommend that you do try to play through as many puzzles as you can, however, as they do make up the bulk of the game, and skipping them would make for a very watered-down experience.

For fans of the “point and click” game template, Ether One is surely not one to miss. The game may have some glaring issues – the inventory system is far from perfect, and the lack of a map to navigate labyrinthine areas can make the experience more frustrating than it should be – and the technical difficulties are hard to ignore, but whilst far from perfect, beyond the glitches and frustrations lies a deep and thought-provoking game, laden with rewarding and logical puzzles. The graphical imperfections can be forgiven thanks to the varied and sometimes beautiful environments, and the storyline offers much intrigue into a subject that has rarely been touched by games before. It may not be the most action-packed game you’ll play this year, but Ether One offers a memorable and rewarding experience.

Update: After writing this review, White Paper Games have patched the PS4 version of Ether One to iron out some of the bugs and glitches. Whilst we haven’t yet tried the game again, they’ve promised it should iron out a lot of the problems people have been experiencing.

Ether One is available on PC and PlayStation 4. We reviewed the PS4 version of the game.