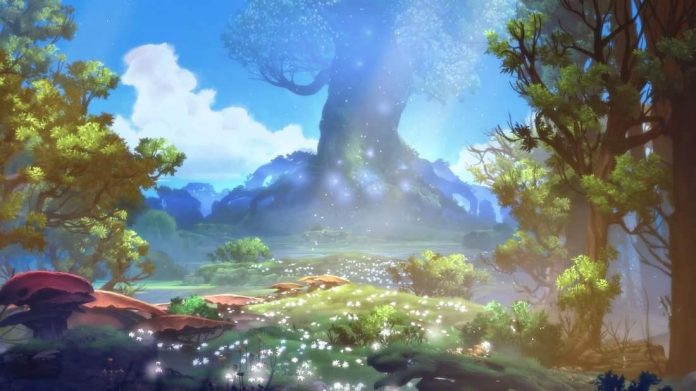 Opening with a truly heart wrenching sequence, Ori and the Blind Forest may have some players struggling to start the game before it has even truly begun.

It’s quite amazing to consider that this is independent developer Moon Studio’s first game, as the level of visual storytelling on display here is unrivalled within the industry. However, once you progress past the game’s sublime introduction, you quickly realise that whilst this 2D platform adventure has a lot of quirk and charm, it also has a host of issues that prevent it from being the masterpiece it could have possibly been. Being very much a Metroidvania-style title, Ori and the Blind Forest places you in control of the titular Ori as he navigates the sprawling Blind Forest in order to restore it to its former glory. Suffering from a calamity during the opening of the game, the Blind Forest has become worryingly hostile, with both its denizens and climes all ready to put a halt to Ori’s progress. Luckily you quickly meet Sein, a spirit-like being that both guides Ori on his travels and attacks his enemies, and with its help, more of the Blind Forest becomes accessible to you as you gain new abilities. The formula works quite nicely; environments are varied, and it’s often a pleasure to revisit previous areas with new skills in order to create shortcuts and collect upgrades for Ori to improve his skills and survivability. Regrettably though, I found myself having issues with the game’s combat system and its somewhat unwieldy controls, which at times soured the experience for me.

As alluded to earlier, the meek-looking Ori doesn’t attack directly. Instead, the mysterious Sein attacks enemies for you, shooting spirit flames a short distance in front of you or releasing a charged blast. Sometimes this makes attacking awkward, as the spirit flames don’t always home in on the enemy you intended. The animation of the attack also leads to issues, as the zoomed out nature of the camera can often leave you clueless as to exactly what is happening on screen. The enemies’ many projectiles – that often spawn temporary puddles of damaging gunk on the ground – are often obscured by your own attacks or the environment, resulting in you inadvertently taking damage. Tight controls are important to all games, but for platform games they are essential. Games like Castlevania: Symphony of the Night are classics because of their effortless movement; when you jump you feel fully in control and you know exactly where you’ll land. It’s unfortunate then, that Ori and the Blind Forest suffers in this department due to its “floaty” jumping that can make precise landing sometimes problematic, and a control system that binds multiple commands to the same button. For example, having Ori grab a wall instead of gliding is not ideal, and when death comes as easily as it does, you really don’t want to feel like the controls are working against you. Unfortunately,  at times they do, resulting in unnecessary frustration.

Enough of the negativity though: despite the sometimes iffy controls, Ori and the Blind Forest is, on the whole, a joy to play. For me, it was the numerous “escape” sequences that really stood out as highlights. As you progress through the game, you will have to restore elements of the forest by finding essences and returning them to their corresponding temples. Upon completing the temples however, the restored element will wreak havoc on the surrounding area, forcing you to make like the wind and escape safely. The sense of urgency created during these escapes is nothing short of sublime, giving you an adrenaline rush as you hurriedly proceed through these fiendishly difficult platforming sections. Some may not enjoy them as much as I did though; without any checkpoints or the ability to use the game’s unique save system, they can be a harsh lesson of trial and error. With the game making very few checkpoints of its own accord, the onus is on the player to use the “Soul Link” system to make their own. By holding down the B button in a safe area, energy can be expended in order to create a Soul Link, which serves as both a save point and also a place to use any unspent ability points to upgrade Ori. Three skills trees are available, enabling you to spend points as you see fit in order to increase Ori’s combat abilities, agility or even show the location of items on the in-game map. With energy usually in abundant supply you’d be wise to use the Soul Link feature frequently, as death comes perhaps a little too swiftly, and having to replay large sections of the game because you forgot to save can really affect your enjoyment of the title.

In summary then, Ori and the Blind Forest is a largely enjoyable game that both Xbox One and PC gamers would be wise to try, even if just to experience its emotional story. Its wonderful art and music go to great lengths to carry the lacklustre controls and generic design, and to be honest it mostly succeeds in doing so. Despite my frustrations I was gripped right until the credits rolled, taking me around eight hours to see the game to its end, although it was disappointing to find that the game doesn’t offer a “new game plus” mode, or allow you to resume the game from your last save in order to find any collectables that you have missed. Regardless, fans of platform games will lap this title up, but be prepared to expect elements of frustration.

Ori and the Blind Forest is available on Xbox One and PC. We reviewed the Xbox One version of the game. 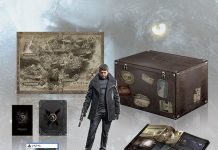 Resident Evil Village is Coming to Xbox, PlayStation and PC on... 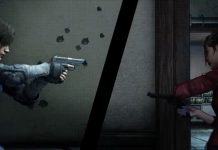