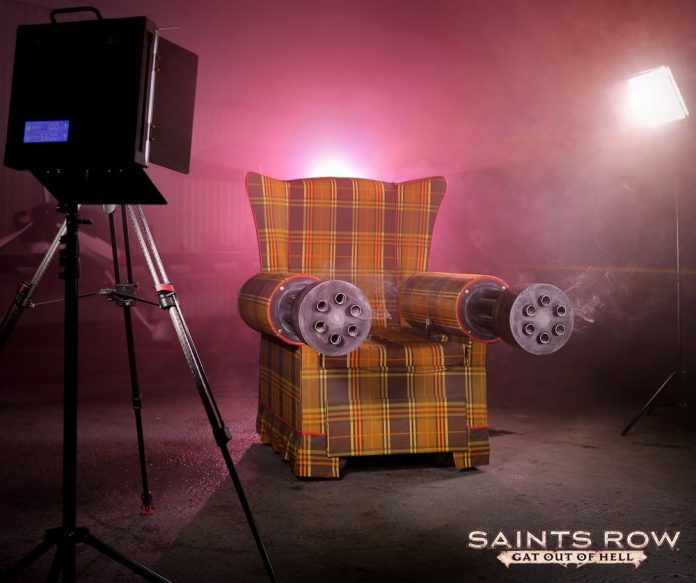 It’s true, an actual Armchair-a-Geddon is up for charity auction on eBay – so if Johnny Gat is your hero, now you can be just like him with your very own armchair-slash-weapon.

The auction, which ends midday on Wednesday 3 June, is for a full size replica of the Armchair-a-Geddon weapon as featured in Saints Row: Gat out of Hell.

It’s fully functional too – well, almost. It’s equipped with a battery-powered motor, so you can travel around in the chair, but unfortunately the guns don’t actually fire. They do spin round though.

Turns out the chair has also featured in a Saints Row-themed Top Gear spin off, cleverly titled Top Gat, featuring the Stig riding the exact Armchair-a-Geddon around the streets of London.

All money raised from the auction is being donated to gaming charity Special Effect, who help make gaming accessible to people with disabilities and special needs.

This has to be one of the coolest things we’ve seen on eBay in a while. It’d certainly be a conversation piece in any true gamer’s living room! 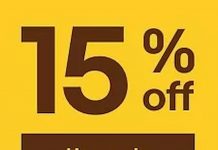 Ratchet & Clank: Rift Apart and More are 15% Off on eBay 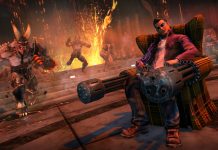