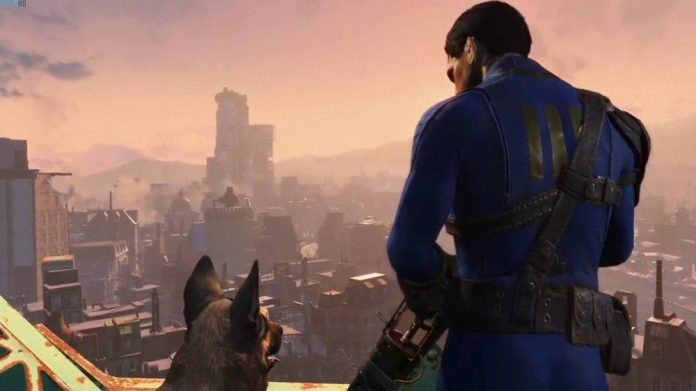 Whilst Fallout 4 was announced ahead of E3, with Bethesda revealing it last week, it was still the centre attraction of Bethesda’s conference, with plenty of gameplay footage being shown off – and a release date being announced.

Fallout 4 looks to begin before the apocalypse, and follows your character – giving you the choice of male or female -after they leave the Vault.

You’re given a lot of customisation options for your character, to get him or her looking exactly how you like. And customisation of your experience in general seems to be a major factor, with Fallout 4 offering a more open world experience than ever before, with players able to build their own homes, modify their weapons, play 8-bit games and fly around on jetpacks or helicopters whenever or however they want.

Check out the first 15 minutes of gameplay of Fallout 4 here:

Fallout 4 will be releasing on Xbox One, PC and PS4 on 10 November. A limited edition has also been announced, featuring a replica Pip-Boy device.