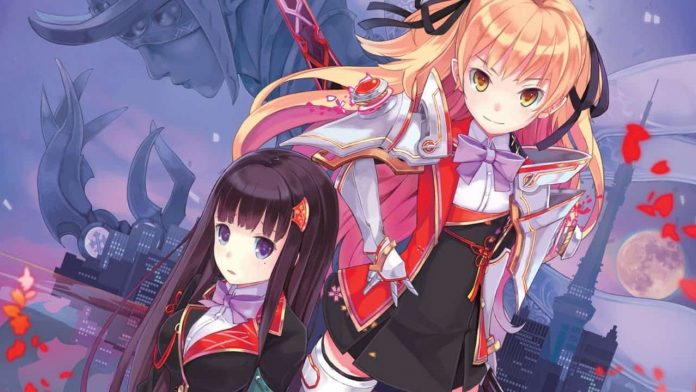 Whilst the general perception of the Playstation Vita is that it’s a format on its death knell, in fact it still looks to have a healthy stream of titles trickling through thanks to support from the indie community and its fervent popularity from Japanese audiences. It’s rare for a week to go by without some indie title being announced for the device, or for a previously Japanese-only game to be picked up for localisation.

Dungeon crawler, Operation Abyss: New Tokyo Legacy is one of the latter titles. Released in Japan on 24 July 2014, this Vita title hasn’t taken too long to reach western shores but the question is: was it worth the effort? With control of the Xth squad, a task force organised to tackle variants (monsters, to you and I) that are kidnapping schoolkids and are generally up to no good, Operation Abyss will feel very familiar to anyone that has previously played Demon Gaze on their Vita. Not that it’s surprising, considering that both games are made by the same developer. Gameplay follows the pattern of obtaining missions and preparing for them at HQ before heading out into the field to engage in some first-person dungeon exploration with random battles thrown in for good measure. Of course, there are the usual robust RPG elements here, such as experience and levelling up, multiple character classes and alignment types, a plethora of items to use and equip, and a fairly robust crafting system. Unique to Operation Abyss however, is the encounter gauge that sits in the top left corner of the screen whenever you are out adventuring. With each battle the encounter gauge raises a little, making its way through five levels of danger. At level one, enemy encounters are at their base level and the enemies encountered are weak, but at level five you will find yourself encountering enemies more frequently and they will be noticeably stronger. This encounter gauge system is quite a nice addition as it rewards players that feel like taking the risk, with enemies defeated when the gauge is high granting your party more XP and GP as well as also having a greater chance to drop better quality items.

The encounter gauge is Operation Abyss’ one and only ray of light however, as the rest of the game is dull, repetitive and woefully inept at conveying its gameplay systems effectively. Alarms bells first started to ring when I realised that the Xth squad doesn’t have any set player characters – your whole party is just a group of generic highschoolers that are as deep as a piece of tissue paper due to non-existent characterisation. Sure, there’s a supporting a cast of characters, but they’re not particularly interesting either and do nothing to get you invested in the world or story at the heart of the game. This in itself wouldn’t be an issue if the gameplay was strong enough to carry the rest of the game, but it isn’t. Dungeon crawling is a boring and confusing affair thanks mainly to the fact that the environments just look so samey. You’ll wander through rooms and corridors that look exactly the same as all the rooms and corridors you’ve just travelled through for the last hour or so, searching for a specific point on the map that will trigger the next scene. The in-game map helps a little with navigating the labyrinthine dungeons, but it isn’t informative enough to salvage the trudging through dungeon after dungeon into anything other than tedium. Even the combat system is lacking, with non-melee characters becoming useless quickly after expending their limited magic uses, requiring a trip back to your headquarters to replenish their supplies. To say that Operation Abyss is a disappointment is a bit of an understatement really. Having spent upwards of 50-60 hours enjoying Demon Gaze’s dungeons and zany collection of miscreants it was a title that was full of promise. Unfortunately, it seems that aiming for a darker tone has led to a game that lacks the humour and character that made Demon Gaze such an enjoyable romp despite its similar shortcomings. It’s the little things like characters not showing their names on the HUD, making it difficult to know which squad member you need to select to disarm traps, and the game’s inability to explain its stats and gameplay systems effectively that further bring the title down, unnecessarily frustrating the player.

Hardened dungeon crawler fans may well have the patience and aptitude to persist with the game, and I daresay they may get a fair amount of enjoyment out of it, but everyone else is probably best avoiding this boring, repetitive and often annoying dungeon crawling experience.