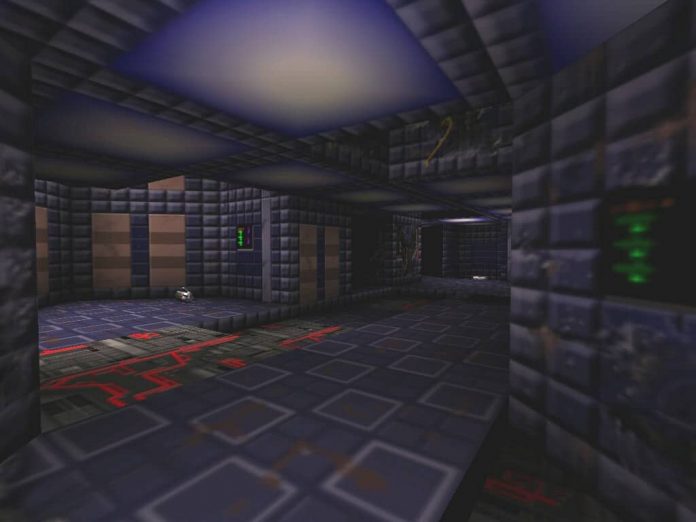 A terrifying first-person action romp through the mutant and cyborg filled corridors of TriOptimum’s Citadel Station; the power seat of a spiteful and ego-maniacal computer A.I gone rogue – S.H.O.D.A.N.

Following the exploits of an unnamed corporate hacker seized for his cybercrimes, the hacker attempts to seize back control of a mining station from the grips of S.H.O.D.A.N in return for a one-of-a-kind “Get out of Jail Free” card. Oh, and for a Military-Grade Neural Interface too, of course. Although System Shock was regrettably a sleeper hit upon its initial release, it pioneered many of the gameplay and story elements commonly found in video games today.

One of these miracles of gaming innovation was the addition of a fully-3D environment, something attempted before in games like Doom, and even other Looking Glass games like Ultima Underworld, but perfected and truly realised in System Shock. In this isolated Mining Station orbiting just above Saturn, the player was allowed to look up and down as well as left to right, lean around corners to spot or fire at enemies from cover, crouch to traverse tighter areas of the station, and other highly futuristic gameplay abilities. Well, as futuristic as DOS could get. 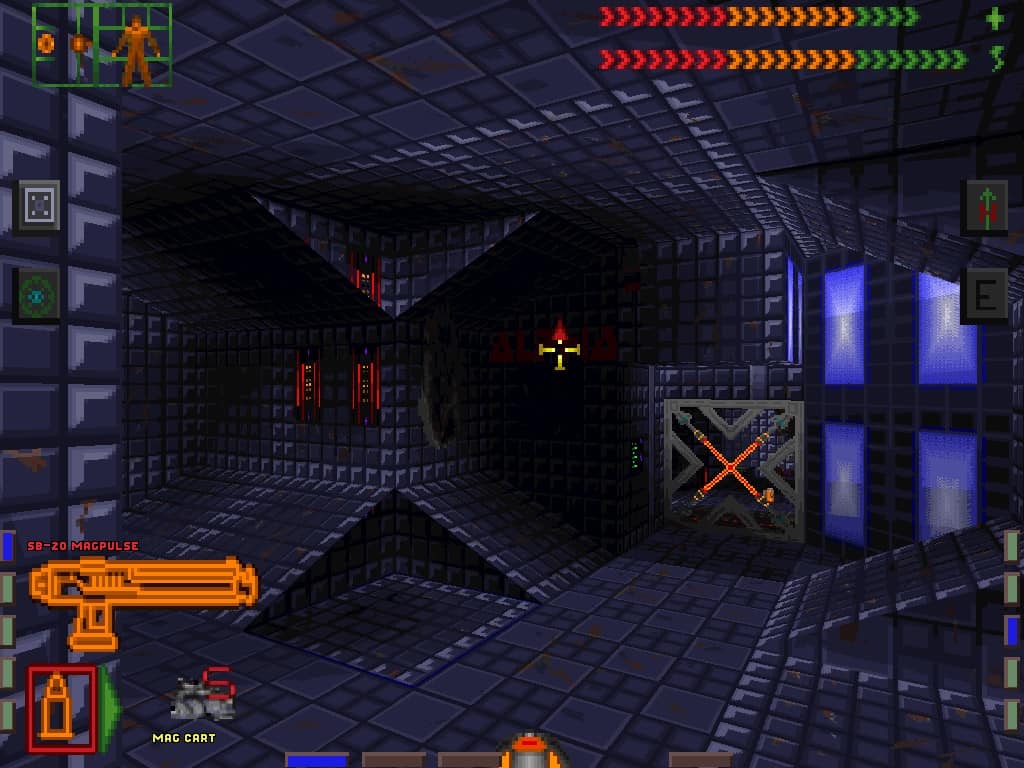 The story was captivating in a way gamers had never really seen before. The “Big Bad Boss” in games of yore were typically nothing more than set pieces, only making their actual presence known at the very end of the game. S.H.O.D.A.N however refused to be relegated to anything other than the limelight, and showed up periodically throughout the game to taunt the player with insulting messages, give commands to her robotic minions, or lure the player into traps. The use of fully voiced audio logs left scattered about the station, something now commonly found in many modern games such as Bioshock and Dead Space, gave the player a sense he was scurrying along the remnants of a living, breathing space station that had just succumbed to an immense slaughter. The environment itself added to the depth of the world Looking Glass had built; messages scrawled across the walls in blood or tiles chipped away with gun fire implied bloody battles and areas of resistance.

The use of high-tech ingame gadgets was also nothing to sneer at with a variety of futuristic hardware including: A Sensaround Multi-view which allowed the player to see behind him as well as in front; Jump Jet Boots to reach those far off areas, and a Target Identifier to analyse the effectiveness of various weapons on different enemies, and many more. A cyberspace mode allowed the player to traverse a surreal virtual network and access data, open locked areas, and weaken the defences ahead of him. Weapons included your basics such as a lead pipe and mini pistol, right up to your high-caliber rail gun and pulse rifle. A variety of grenades and different ammo types increased the variety of player customisation and added an engaging level of depth. 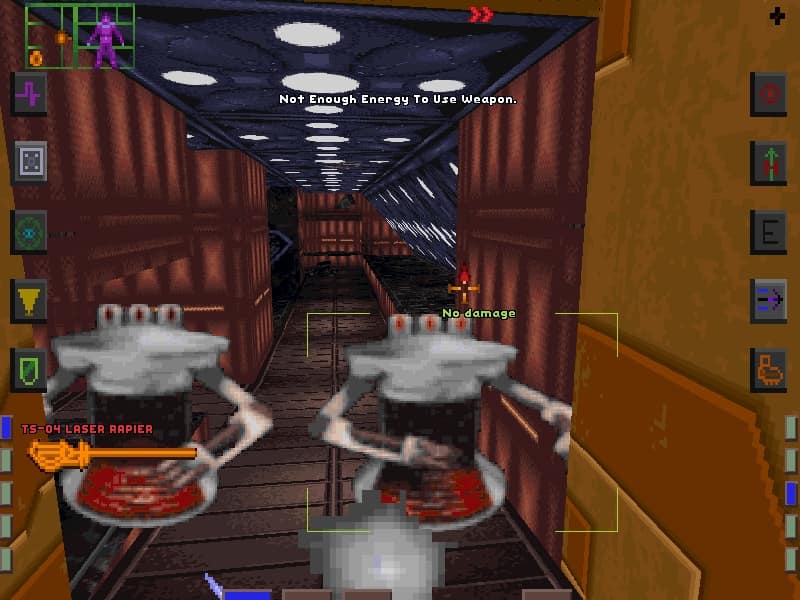 System Shock was a game truly ahead of its time and for this reason it’s no wonder it found its way into the hearts of many gamers and developers alike. Ken Levin went on to create a direct sequel with System Shock 2 in 1999 and a series of spiritual sequels in the wildly successful Bioshock franchise. Warren Spector repeatedly expressed his admiration for the game and desired to build on its foundation, ultimately leading to the creation of the critically acclaimed Deus Ex series.

The game is still loved and admired by a small, dedicated group of fans today, and thanks to their efforts it is still playable on modern PCs – with added mouselook mods and a few upgrades to make it more accessible. If you’re ever in want for a great sci-fi romp through hordes of mutants and deadly cyborgs, or just want to see a piece of gaming history often times forgotten, search for System Shock Portable and give the game a try.