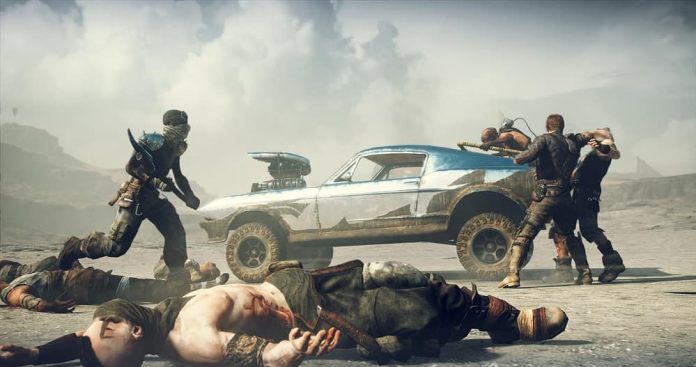 The water is gone, and in its place stands a barren sand-locked world. Humanity’s coffin, nailed shut by the iron tenants of a machine-centred society and an over reliance on fossil fuels. The stench of rubber rises from the sun-baked sea beds and the low thunder of engines bark across the hills. Wind whipped sand cuts the emaciated skeletons of these patchwork steel dreadnaughts as they ferry the dead yet living across the wasteland’s lonely dunes. It is a world gone mad and a series beloved by many: Mad Max revolves around one man and his struggle to find peace in this desolate endless landscape.

Mad Max is a third person action game being developed by Avalanche Studios and published by Warner Bros. Interactive Entertainment. It is scheduled to be released on PlayStation 4, Xbox One and PC on 4 September in Europe (1 September in North America and 2 September in Australia). 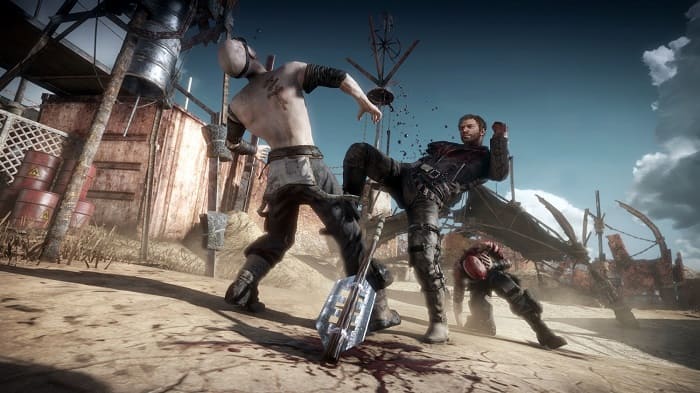 It wouldn’t be the end of the world without psychopathic gang/cult members and a metric ton of fuel-injected action. In Max’s world, cars are everything: from a means of traversing the expansive deserts to powerful machines of war, they are considered essential. That is where the story picks up, with the loss of your vehicle. Max must embark on a journey to build a new car, his magnum opus. In this game, mastering vehicle-to-vehicle combat will be essential in order to survive. High-octane chases and gritty, physical encounters are punctuated by special races and a host of random encounters that dot the world.

To overcome these challenges Max will need to upgrade his magnum opus. Customisation options can be tailored for any eventuality. A heavy, armour-plated death machine will be tough to kill but the extra weight will slow it down and make it difficult to control. Just as a light vehicle will be quick and manoeuvrable, it won’t stand up to much punishment. Everything from mass to tyre traction will be adjustable in order to tailor your vehicle to each specific job. 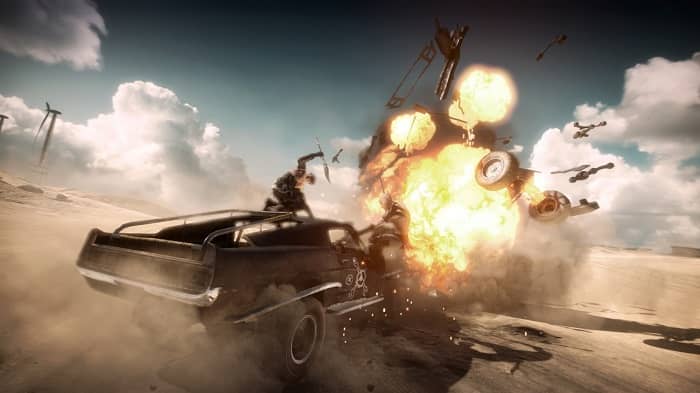 Over the course of your travels, Max will come across various inhabitants of the wasteland. These can range from potential allies or terrible enemies. You will be forced, due to circumstance, to form uneasy alliances of convenience in order to achieve your goals. The world they inhabit will draw from elements from the movies, such as Gastown, but will be its own take on the already established settings and will feature a standalone story.

Although it’s not advised, combat outside of your car will often be solved with your fists. The familiar free-flowing hand to hand system popularised by games like Arkham Asylum and Shadow of Mordor makes a return. This melee combat will be peppered with an assortment of weapons like shotguns, which can be fired from your car, thundersticks and sniper rifles to give you a fighting chance against the hordes that will try to claim your life.

To add to the cinematic feel of the game you can switch to first person mode, both in and out of the car, if you find you need a more visceral feel when harpooning a car and melting the driver with the flames from your exhaust. Max’s appearance will also be somewhat customisable giving you the tools and the environment to create your own Mad Max game experience. His is a pilgrimage into the depths of the human soul and hell haunts his footsteps.

Accompany Max on his journey from 4 September 2015. Pre-order Mad Max at Amazon now.