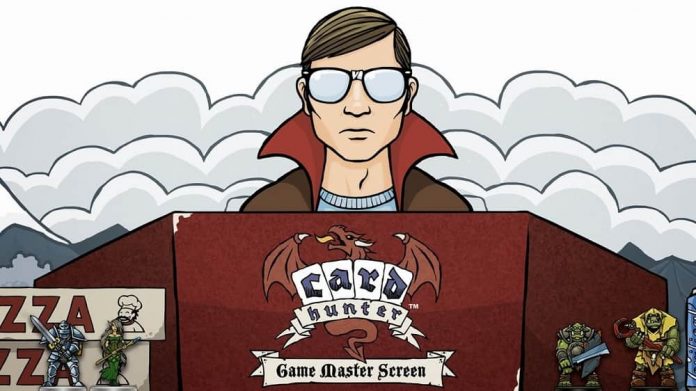 I muttered a prayer to the gods to save me from my fiery fate, and closed my eyes as the huge scaled beast lunged forward.

Expecting to be met by darkness, I was instead greeted by a strange voice. “Two pizza margheritas with extra cheese?” I ask the gods to save my life and they send me pizza? Truly, they work in mysterious ways. Enter Card Hunter, a charming homage to tabletop gaming.

Card Hunter is a free to play turn-based game inspired by tabletop RPGs such as Dungeons and Dragons, but with an original card game edge. Developed by Blue Manchu, the game is unashamedly self-referential of its tabletop influences, as the player is placed in the meta role of someone learning the ropes of a tabletop RPG.  Your objective is to slay the monsters that stand in your way, and the game essentially plays out as a series of D&D combat encounters. However, rather than telling the Dungeon Master how you want to attack or how you want to move as you would in a traditional tabletop RPG, in Card Hunter you do all of these things through playing cards from your hand.

The game’s main mode is Campaign Mode, and the aim of each encounter here is to eliminate the enemy opponents or capture the Victory Squares (a King of the Hill-esque mechanic) to win the game. It’s a shame that the player is limited to combat encounters because this idea is ripe with potential to become a great card-based RPG. However, it would be harsh to criticise the game on this, because from the outset it is clear that Card Hunter is not an RPG; it’s a card game and should be treated as such. And to Blue Manchu’s credit, its combat system works without a hitch. Although it’s partially luck based, it rewards players who approach combat tactically and select their equipment cards wisely to counter the cards of their opponent. The encounters are challenging enough to occasionally give you a struggle, but not so challenging that you’re tearing out your hair in frustration, because you can easily change your card deck to adapt to theirs if you’re not faring well. Furthermore, your characters level up as they complete quests, which gives them better health and the ability to wear better gear, so if you’re struggling with one quest you can always revisit it later as there are plenty of others to choose from. The level of customisation the game allows is particularly noteworthy. At its most basic, you can choose whether your party members are humans, dwarves, elves or a mixture of all three, and at its most advanced there are literally hundreds of items that you can equip to improve your characters. Each individual item gives access to a different combination of spells for the player, and the result is a satisfying customisation system where the player can change their decks drastically and with ease. However, one huge gripe I have with the abundance of items is that for a significant portion of the game, you cannot sell equipment that you don’t want, which results in a lot of unwanted items cluttering up the inventory and making it difficult to find the items that you want to find. You can filter your inventory by the type of item which makes it easier to find, but the OCD part of my brain finds it extremely annoying when I can’t sell the stuff that I don’t need, especially when the money made from said equipment could go towards better items.

Card Hunter’s unique tabletop theme is a nice touch, but it suffers from the same problems most card games face; it quickly becomes repetitive and formulaic. No matter the story behind each encounter, they all work works very similarly, only differing in the tactics with which the player approaches it. Another problem is that although you can play the campaign mode offline, you do need to be online to start the game up in the first place. While this shouldn’t cause problems for most people, this can cause issues for those with bad internet connections. Despite these flaws, the game is still highly enjoyable thanks to the solid game design and writer Joe McDonagh’s witty dialogue. The writing is fantastically nerdy, and the little exchanges between Gary and the pizza delivery lady in-game are humorous and help keep up the fun energy of the game. A memorable part of the game is when you are forced to recruit your own cast of adventurers to send forth questing. You start with one hero, and through successful questing you’re able to recruit more heroes to your party until you have a team of three. Even though this isn’t an RPG, there was a genuine sense of achievement as I recruited Ratfish and Podge to my party (please don’t let me name a child) who then readily joined me on my adventures.

If you’re feeling like a change of pace, Card Hunter also features co-op and competitive multiplayer modes. Co-op is the best way to experience the campaign, playing alongside two friends to capture the tabletop team spirit, but the campaign is nevertheless still enjoyable if you do choose to play it solo. The multiplayer game is also a solid addition that tests your mettle, but it doesn’t quite capture the fun of co-op, nor have the range in opponents that the campaign prides itself on. Card Hunter, then, is a mixed bag, but one with primarily good loot. It may not be the epic quest you’re searching for, but it’s certainly an adventure you’re glad you found.

Card Hunter is available on PC. 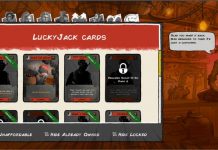