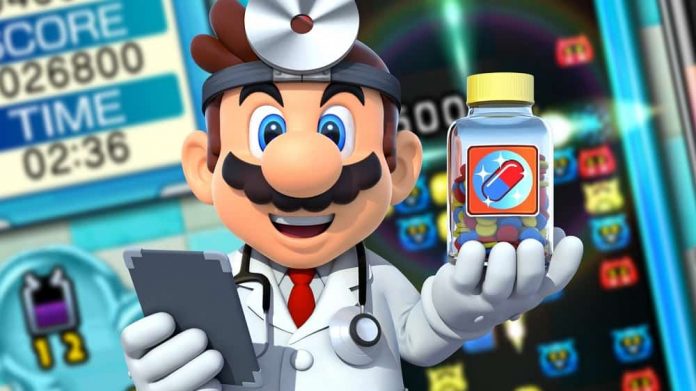 The original Dr. Mario title was released for the Nintendo Entertainment System and Game Boy in 1990 and was one of the first true Super Mario spin-offs.

The game has now been massively updated and brought into the modern age for a release on the 3DS, so GameSpew makes an appointment with the doctor to check it out.

The first Dr. Mario game was designed by the legendary Gunpei Yokoi and was met with a very positive reaction and widespread success – it spawned several sequels through the SNES, Game Boy Advance and Nintendo 64. It most recently got an update for the Wii and it’s that version which Dr Mario: Miracle Cure is based upon. For those who played Dr. Mario RX, you’ll know that is no bad thing, as it was pretty good, but this updated version adds several more features to make the virus busting even more fun and addictive. The 3DS version has been made available exclusively to buy from the Nintendo eShop for the price of £8.99, which is pretty decent by the usual often-extortionate eShop standards. So for those who have never played it before, we better explain a little bit about how the game works. Firstly your screen is infested with viruses, which each have their own individual colour that designates them. Falling from the top of the screen are coloured pills (very much in a Tetris style) and these must be matched up with the viruses. Each pill is made of two halves of different colours that can be both switched around and rotated. Once you have matched four viruses/pills of the same colour they vanish and once all the viruses are eliminated, you win the level. On some of the later levels the pills come down in clusters, making them much harder to match up and fit into place. The virus levels also increase and get nearer to the top of the screen giving you less space to manoeuvre.

The first key change in this game from the original iteration is that you now have a power-up bar, and getting lots of quick matches will active this. These power-ups are pretty standard stuff; random colour matches, clear a colour, destroy a line and bombs etc. But where it gets a bit more interesting is in the challenge levels, where both screens are used and you play as Mario against Luigi, or vice versa. On these levels there are also power-downs that can be inflicted upon the opponent. These do things like reverse your controls, speed up the drops, stop your ability to rotate and, in true Tetris style, drop loads of random blocks on your screen. These challenge levels add a real change of pace to the game, the only way to complete them is to clear the screen before your rival, and boy can they move quickly. I quickly found myself addicted to Dr. Mario: Miracle Cure – it’s colourful, addictive and has some cool music too. However, the further I got into the game I noticed one quite annoying flaw: the brutal difficulty spikes. You will find yourself steaming through levels and then suddenly coming across one that seems to be almost impossible. I came across one that took me over 20 attempts to complete, but then it was back to normal as I completed the following levels with ease. These are very frustrating and suggest that the game was never properly play tested. They also kind of make a mockery of the various difficulty settings. Even so, Dr. Mario is still a highly enjoyable game, but just one that falls short of being ranked among the machine’s best games as a result of its poor balance.

Dr Mario: Miracle Cure is available on 3DS from the eShop.