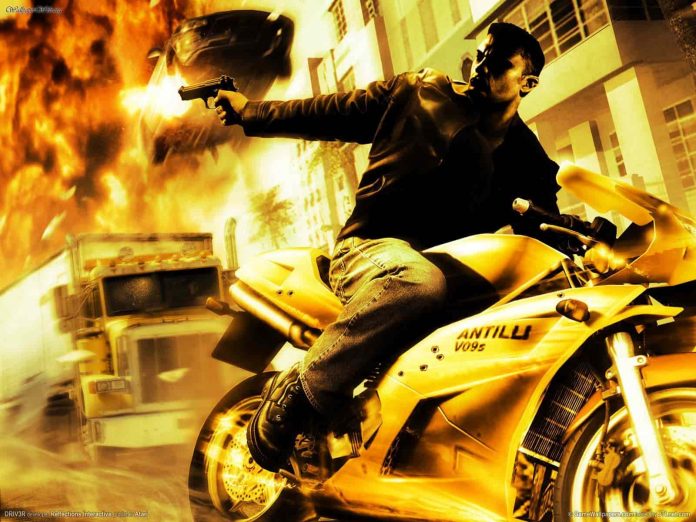 Driv3r appeared with the smell of burning rubber and the bellow of exhausts, yet it was quickly and quietly forgotten about and left in the bargain bin. Was it really that bad?

Driv3r, the third installment in the popular Driver series, was the first game to progress from the PSX onto the sixth generation consoles. Early screenshots showed the game to be open world – a mix of car chases with realistic damage, intense gun battles and detailed environments. The game was in development for just over three and a half years and had been awaited with anticipation.

Driv3r also boasted three real world locations; Miami, Nice and Istanbul, with Reflections working hard to bring the cities to life. The cities themselves were built and designed by a team of 25 artists, totaling 35,768 buildings with over 156 miles of road. Each city had a unique selection of vehicles following a the traditional pattern – roadsters, saloons, jeeps/trucks, buses etc – as well as taking the “Secret Vehicles” from previous Driver games, all with realistic damage. There are over 70 vehicles that can be chosen in the game each with its own handling and engine sound. None of the vehicles are branded, but you can quickly tell the inspiration – such as Aston Martin V8, Ducati 999 and Ford F-250. Driver’s emphasis had always been on the cars themselves (hence the name) so it looked to be promising, with fairly loose controls and a “burnout” button that just span the rear wheels of any car for a quick launch, giving you a grin from ear-to-ear.

To its credit, Driv3r was quite a visually appealing game with per-rendered animations and engaging voice talent, with Michael Madsen voicing protagonist Tanner and Mickey Rourke playing Tanner’s nemesis Jericho. Even the storyline was complex. Whilst it didn’t have the constant day/night cycle that GTA offered, the skybox effects at dusk and dawn were with vibrant with atmospheric music – the cities felt notably different. You could even go for a swim, resulting in 10 Easter eggs – Timmy Vermicelli – per city. Timmy Vermicelli was a parody of GTA: Vice City‘s protagonist Tommy Vercetti, sporting oversized hands as well as two inflatable water wings as a tongue-in-cheek joke at his inability to swim. He could still shoot you though. Despite all this, the game was not well received and struggled to get higher than 6/10 with most critics. It even won the MegaGames.com award for “Worst Game of 2005”. But was this justified?

Well, this game was hard. I mean really hard. Despite being so car-orientated, even the starting missions were unforgiving. Clipping a curb could roll your car and lampposts were as solid as the trees, but mess up and there was no room to recover. The car chases were long and drawn to be tense and exhilarating, but they tired quickly when the AI could outpace you in a straight line and their cars glued to the road whilst yours slithered round corners.  The game was eager to make the cars loose like Driver 2 and Driver had, but instead it was all tire smoke and no grip.

Another sticking point with Driv3r is Tanner’s “on foot missions” due to his slow movement and an alarming delay between pressing jump and him doing so, with a tendency to uncontrollably “bounce” around if you jumped or landed at an angle. Bizarrely, moving forwards or crabbing-sideways gave the same speed, with no ability to sprint. Enemies armed with pistols and shotguns would be able to zero in perfectly regardless of the separation distance. This was made worse when, during the “Take A Ride” mode (away from the campaign) you could be shot by gun-toting criminals, but the police would gun you down if you opened fire in return. If you were speeding away from a pursuit, expect to take multiple hits from policemen firing with pistols, often through the scenery or at the edge of the draw distance. Speaking of the Police, their vehicles were criticized for the use of “doublespeed”: where a pursuing vehicle would suddenly double its speed without reason. During the campaign, any pursuing vehicle could use this effect, plus any vehicle you were pursuing, making hard chases nigh-on impossible. The Police – and AI in general – suffered from the series’ long use of ‘rubberbanding’ where cars would always catch up with you in a chase.  Destroyed Police cars would often respawn once the game had moved on and were bulletproof to those coppers inside, but lost this ability if you drove them. Happily, they were just as mad as those in Driver 2, so wouldn’t hesitate hilariously ramming you off the road, but also whilst taking a chunk of your health for the trouble. Oh, and they’d even set up momentum canceling roadblocks.

But, the game did hail back to its origins to try and settle the balance. You could weave between lampposts or traffic, and the police would follow often crashing and loosing the chase à la Blues Brothers. The police were limited to cars (which you could steal), but the minimap would always show where they were and even their field of view, so you could avoid oncoming cars (but not roadblocks) and lose most pursuers. The only way you’d clear your wanted level was through a safehouse, of which there were 4 per map. They were the only places you could restore your health, which made surviving the chases all the more rewarding. But that was the joy of Driv3r. You could beat it. Yes, you’d have a dozen frustrating failures and always have to restart due to the missions not having checkpoints, but once you’d learned how then it would always work. Once you got familiar with the cars handling, you could master the pursuits and evade the pursuers be drifting round corners and deftly weaving through traffic. The victory became all the sweeter – the game made it matter when you won. You could even beat the on foot sections… but that could come down more to glitches more than anything else, especially when you worked out how to shoot through the scenery or climb over walls using a variety of crashed/stacked cars.

And who doesn’t enjoy the occasional glitch or bug in a game?

Driv3r was originally released on PS2 and Xbox, and is available to buy on PC. Buy now from Amazon 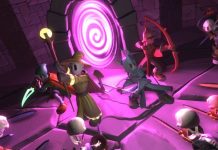