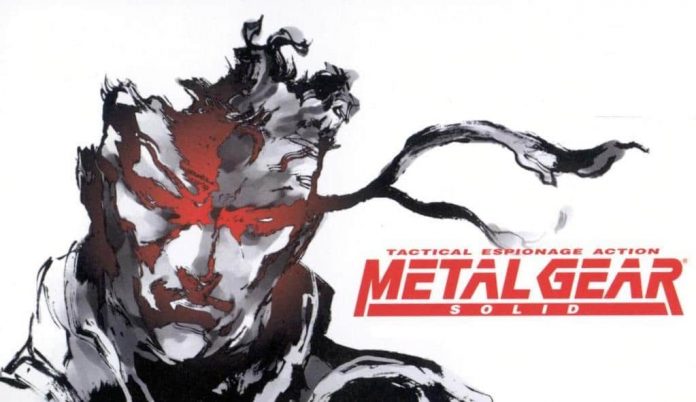 For better or worse we live in a world of franchises. McDonalds and Subways. Dominos and Pizza Hut. Tesco and more Tescos. A franchise is meant to guarantee a certain level of quality, an identical burger in Istanbul and London, but as the latest Terminator fiasco to hit the box office proves, minimal quality and maximum profit is often the real name of the game. . .

The Metal Gear series is franchising at its best. Pick up any MG game since the 1987 original (released for Microsoft’s MSX2 before being ported to the NES) and you know you’re going to get quality – a game crafted with care, attention to detail and, above all, intelligence.

When a hitherto overlooked writer/programmer named Hideo Kojima was assigned to an ailing game in production in 1987, the first thing he did was innovate. If the uninspiring MSX2 was struggling to handle all-action combat then change the nature of the game, have it emphasise the value of sneaking past enemies rather than blasting at everything in sight. Hence, Metal Gear was born – and with it, the stealth genre. Kojima and his franchise have been innovating ever since. Think of Solid Snake killing and eating animals to regenerate his health in Metal Gear Solid 3: Snake Eater. Hiding from enemies and allowing time to heal could also help Snake recover – a standard feature of subsequent action-adventure games like the Tomb Raider reboot. Then consider the plot-heavy cut scenes of Metal Gear Solid 2: Sons of Liberty, their length often a bone of contention among fans but lending an aura of cinematism and story to the series that we take for granted in new generation games like The Last of Us.

The game that stands out above all others in the series though, is 1998’s Metal Gear Solid. The early versions of Metal Gear used a bird’s eye 2D view to help Snake do his sneaking, in concert with the chirpy, arcade music of the day. On the PlayStation, Snake arrived in grainy 3D with a spy movie soundtrack and the footsteps of guards crunching in the snow as they approached your hiding place, their breath visible in the chill air, their willingness to sound an alarm tangibly evident. Much like Grand Theft Auto, the Metal Gear series entered a new dimension in more ways than one when it made the transition to 3D. Try to simply run through a section of Metal Gear Solid and you’ll die. With Snake’s back to the wall players must learn the marching patterns of guards, utilise the radar blinking away in the corner of the screen and tip-toe past at exactly the right moment. Run or make a mistep and a question mark will burst into life above a guard – or, worse, an exclamation point. You’ve been spotted!

When an alarm is sounded a clock races in time to music that literally elevates your pulse. Snake must hide – but where? Inside a locker (of course!), where he peers through a tiny opening at guards racing past while his heartbeat and breathing thunder from the screen.

Metal Gear Solid made Kojima something of a gaming icon – and rightly so. Kojima is a players’ programmer, a restless creative talent who has talked of “prioritising creativity over sales”. Read any interview with the man and you’ll quickly realise that he is behind those touches, like hiding in the locker, that had me stuck to a screen for an entire weekend in 1998, teenage brain agog at the the sense that I really was this gravel-voiced, bandana-wearing spy creeping through a nuclear facility. 2015 sees the release of two linked Metal Gear titles: Ground Zeroes and The Phantom Pain. Kojima has talked of how previous MG games “set players on one rail to get from point A to point B, with a certain amount of freedom between”. The new games will provide a “true open world experience”, allowing players to uncover their own methods of infiltrating facilities and seeking answers.

Unfortunately, they seem likely to be the last Metal Gear games in which Kojima will be involved. He is parting ways with Konami but the series will go on – in name, at least. Here’s hoping Metal Gear doesn’t become the next Terminator, limping on in name only, shorn of the creative talent that brought that rare combination of commercial and critical success. Solid Snake deserves better – and so does everyone who hid in a locker with him in 1998.

Metal Gear Solid 5: The Phantom Pain will be released on 1 September on PS4, Xbox One, PS3, Xbox 360. Order the game now at Amazon