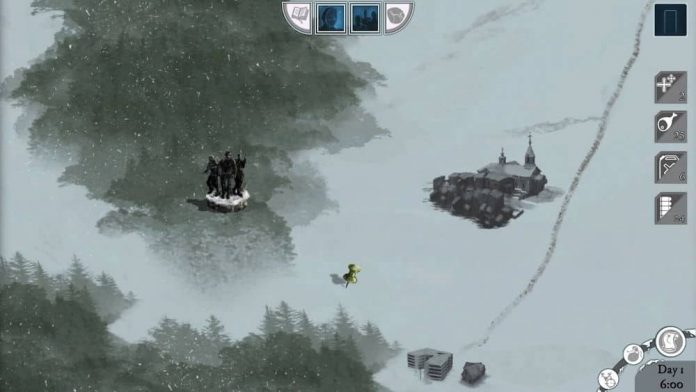 Developed by Rome-based independent studio Inner Void Interactive, ICY is a story-based RPG set in a world plunged into an ice age where civilisation has fractured and survival is a daily battle.

As the amnesiac leader of a group of survivors, you will have to navigate your way through terrain laced with raiders, bandits and natural hazards as you seek to unravel the mystery of your past.

ICY has been partially crowdfunded and its low budget is evident in the lack of flashy graphics and even moving images. Aside from the movement of an icon indicating your position on the world map as you travel, the game’s graphics are composed of hand drawn artwork depicting background scenes and characters.

It is a credit to the resourcefulness of the developers that I felt immersed in the playing experience despite these limitations. The soundtrack of ICY is excellent. The music whistles and howls in the background like an Arctic wind laced with ghosts and the twinging of bows and roaring of gunfire indicate when you’ve chosen to unleash an arrow or make use of your limited ammo. 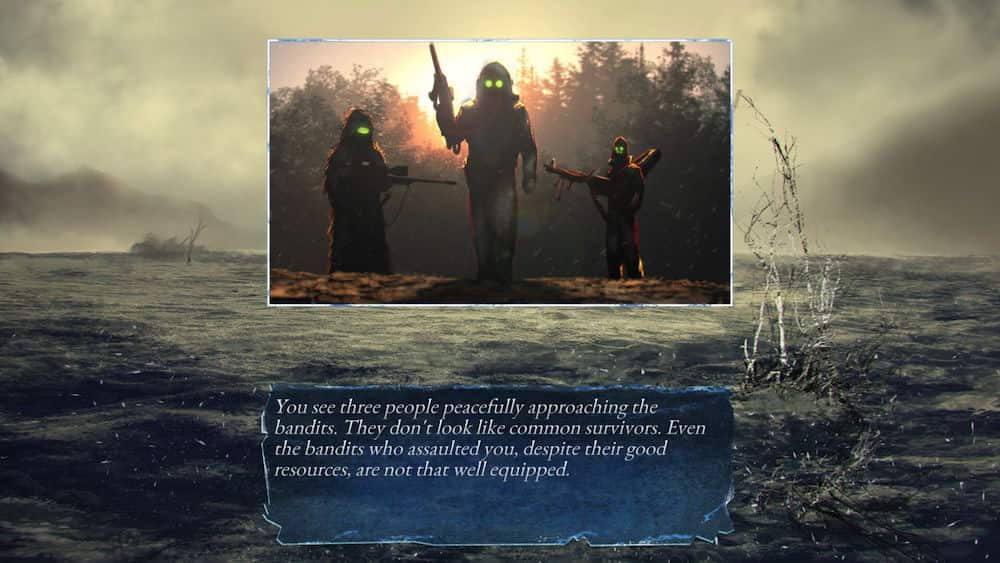 This is what ICY is all about – choices. Whether you’re deciding how to intervene in a dispute between two members of your group or whether to risk entering an unstable building in search of loot, you will live and die by the decisions you make.

These decisions begin on the start menu, where you must make use of limited skill points to give your character a rating in three main categories – Mind, Body and Word – and subcategories which include Bow, Melee, Medicine and Stealth. A character with high ratings for Body and Melee will be strong enough to endure the bitter cold and fare well in battle, but will they be able to make smart choices or bend others to their way of thinking with the power of Word?

The gameplay of ICY can be broken down into three modes. In conversation you will speak to individuals or your group, selecting your words from a range of pre-determined options which can lead to different outcomes but often simply advance the story. When hunting, scavenging or in battle, a screen will appear presenting you with different scenarios and choices, e.g. “A number of enemies are in close proximity to each other. Do you want to shoot at them, throw a grenade at them or run away?”. Making the smart choice – in this case, throwing a grenade – will result in damage for the opponent and a morale boost for you. Making a wrong choice will have the opposite outcome. 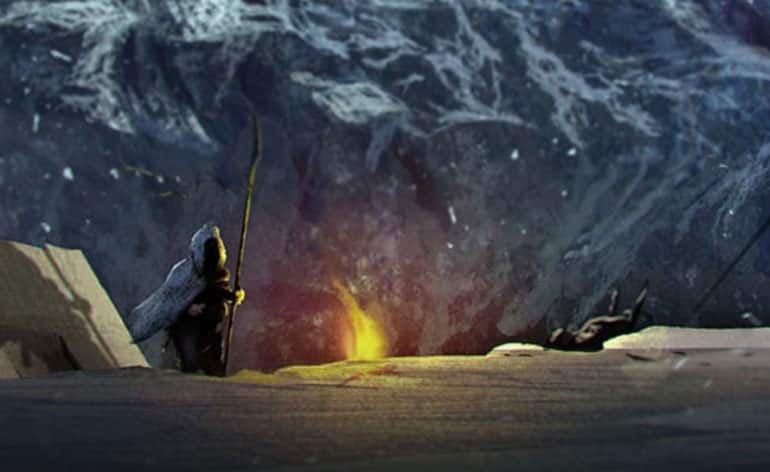 Finally, there is the map. Indicate with your cursor where you want to go and the icon representing your characters will move in that direction, depleting food and daylight as they go. Navigate through forests and you can hunt for more food and avoid raiders, but travel will be slower. Out on the open plains you are more likely to encounter trouble but may reach destinations before nightfall.

As you are given freedom to roam around the map the textured world of ICY begins to come alive. I saw it as a mixture of the land beyond The Wall in Game of Thrones, replete with mutants and unexplained events, and the post-apocalyptic reality of Cormac McCarthy’s The Road, with humans making use of the technological remnants of civilisation to defend themselves from those driven to raiding or cannibalism. The trading currency in ICY is bullets. 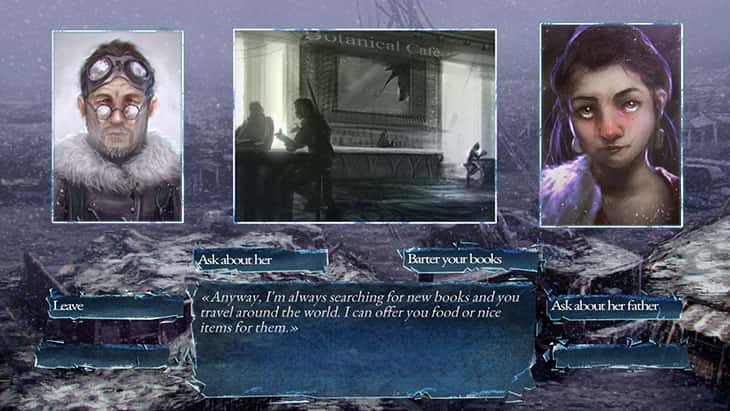 ICY is by no means a perfect production. The game’s Italian origins show up in English that occasionally trips over itself and requires a careful edit. An autosave or checkpoint function would also be useful as it is highly frustrating to have to click through reams of dialogue to return to your current position following a death (if you forgot to manually save). I also felt that there was unexplored potential in the relationship between characters. Knowing who to trust and having to make tougher decisions could have made ICY a more emotionally engrossing game and would surely be a critical part of any real life survival situation.

Overall, though, ICY is a gripping playing experience, with a story that appeals to the survivor in us all and revelations about the icy world and your character’s past that keep the player hooked. The developers have promised to patch the game as glitches are discovered and it may be that it improves further. Recommended for those who enjoy thoughtful, narrative-driven games.

ICY is available on PC.