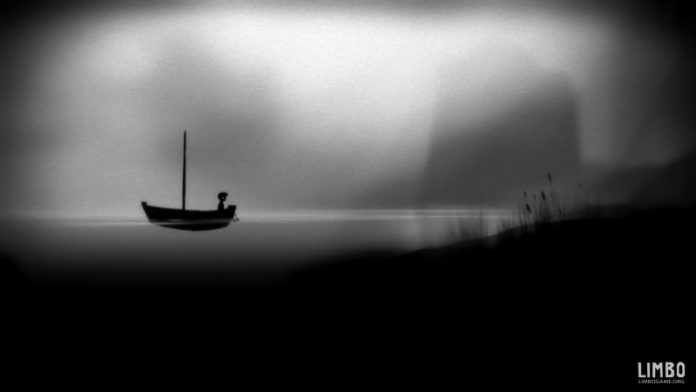 How can I describe Limbo?

What sort of game devours you, spits you back out off a cliff, sends you plummeting through seven levels of hell and gives you an ice cream at the end to make it all okay? That game is Limbo. And you know what? That ice cream was totally worth it.

Limbo is a 2D-sidescroller that was first published by Indie developer Playdead back in 2010. It puts you in the shoes of a young boy who must navigate his way through a series of surrealist landscapes, overcoming obstacles and monsters on the way. The game is presented in a black and white filter, which gives the game an eerie feel, but Limbo is more of an enigmatic platformer than a horror game. It isn’t scary, but it certainly plays with the idea of childhood nightmares, and might give you a couple of jump scares if you’re playing in the dark. It’s difficult to discuss the nature of the story without spoiling it so I’ll omit discussion, but it’s ambiguous and left open for interpretation, and this adds to the feeling of isolation the game builds throughout.

Ironically, it’s not the monsters that cause the jump scares, it’s the dying. You will die so many times in Limbo, and the levels are designed so that just as you’re triumphantly breaking out the party poppers for getting past that really annoying trap, life will throw a giant boulder in your face. The gameplay is frustrating and unforgiving, but ultimately very rewarding and a truly wonderful experience. I’ve played Limbo twice now, once by myself three years ago, and once alongside a friend a few weeks back. The first time I was plagued with frustration as I’d died for the hundredth time in ten minutes, while the second time I found the deaths more hilariously hysterical than annoying. It really felt like a different game both times, and I’d encourage playing the game both with a friend and by yourself (though leave some time in between so you can’t remember how to get over the puzzles, that’s half the fun!)

As to the downsides of Limbo? There aren’t that many. There isn’t much depth to the story and Playdead have clearly focused on the gameplay and creepy atmosphere of the game, so if you’re an RPG player that needs your fix for great storytelling, this game probably isn’t for you. Likewise, if you’re an FPS player that needs your octane thrills and explosive action to enjoy a game, Limbo is definitely not for you. If you’re interested in trying something a little different, or maybe taking your first foray into the mists of the indie genre, then this your game. Limbo isn’t particularly lengthy (unless you’re terrible like me) but it’s a shining gem in the indie genre, and with Playdead’s Inside (the spiritual successor to Limbo) coming out later in 2015, what better time to revisit where it all began?

Limbo is available on all major platforms. We reviewed the PC version of the game.