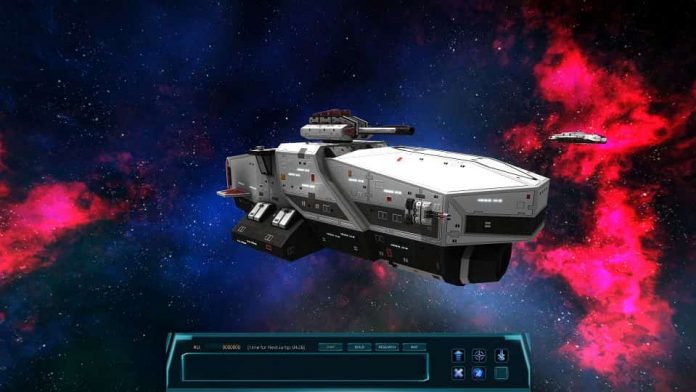 Scattered to the fringes of space, mankind is struggling to survive.

You command a last desperate voyage to an intergalactic gate at the edge of the galaxy in search of an escape from a relentless and seemingly unstoppable foe. The gate holds the key to survival and as humanity dwindles you must navigate through asteroid fields, pirates and aggressive alien warlords to take the leap between galaxies, into the unknown.

Nomad Fleet was developed by Autarco Studios. It is a real time strategy simulation that draws inspiration from games like FTL and Homeworld and engages with themes that parallel those of early Battlestar Gallactica. The story is told through codex entries that you can unlock as you encounter enemies and play the game. These entries are poorly written and do a disservice to an otherwise pleasant experience. Rife with grammatical errors and awkward clunky exposition, I would so as far as to say they should be removed completely. 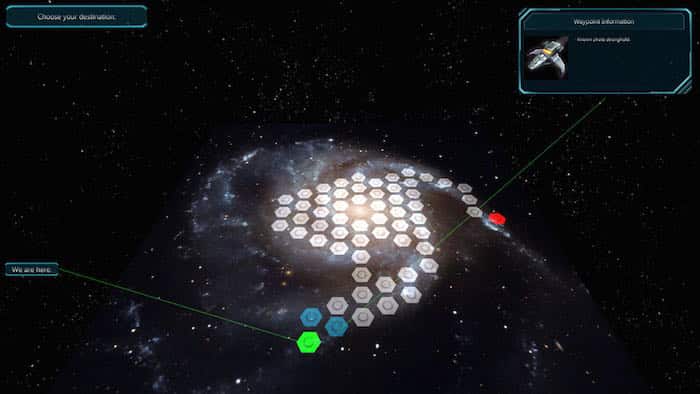 With that in mind you set out with your fleet and begin your journey into the lonely reaches of space. You are presented with a path of hexes in an overworld that leads you to the gate, your destination. Each hex is given a brief description of whether there are enemy forces waiting or a trading outpost or resources for you to collect. You must click one that adjoins yours. Doing so will jump your fleet through hyperspace to an encounter.

Unfortunately, as in life, not every encounter is salvageable. If for instance (cough) you should expose your only resource harvester to attack and have insufficient currency to create a second, unless you get very lucky, you are screwed and every future battle becomes a painful process of attrition that leads to your inevitable defeat and the doom of the human race. 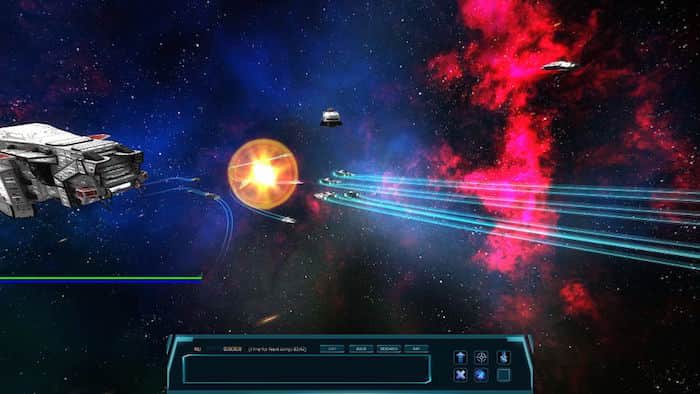 These encounters are random and are often stacked heavily in favour of the computer. Unrelenting enemies and sparse resources to repair your fleet mean that strategy and sacrificing for the greater good are often what tip the scales of battle. When I failed it always felt like there was something more I could have done and I have to admit that is what kept me hooked. The learning curve for players new to real time strategy is steep and once you understand the types of ships and how to manage your resources you begin to appreciate the tactics involved in each battle.

Battles take place in three dimensions and you must adjust, in real time, your style of play to each unique encounter. Whether it’s protecting a passenger carrier from raiders, or holding a hostile alien force at bay as the warp drive slowly powered up, Nomad Fleet kept me firmly glued to the edge of my seat with a pulse pounding soundtrack that smacks of Battlestar Galactica. The tone of this game is one of desperation. Every jump could be your last and every decision falls on you. Genuine despair is how I would categorize my feelings as the countdown to warp capability reached the one minute mark and the computer shredded my last interceptor on its way to deal the killing blow to my mothership.

The control scheme is spartan and lends itself well to players new to the genre. “B” for building new ships and “R” for spending resources on upgrades for your fleet makes navigating the menus in the heat of battle extremely friendly. Upgrading your fleet is essential in order to survive; this requires currency which can be mined from asteroid fields or received in exchange for lending a helping hand to other fleets.

You can issue orders to your ships via a tactical view that places the battlefield on a grid and gives you a bird’s eye view of the confrontation. I found myself eschewing both the third person, which zooms in and attaches the camera to an individual ship, and standard viewpoints in favour of the tactical advantages the bird’s eye view offered as it is sometimes difficult to track all the enemies on screen without it. 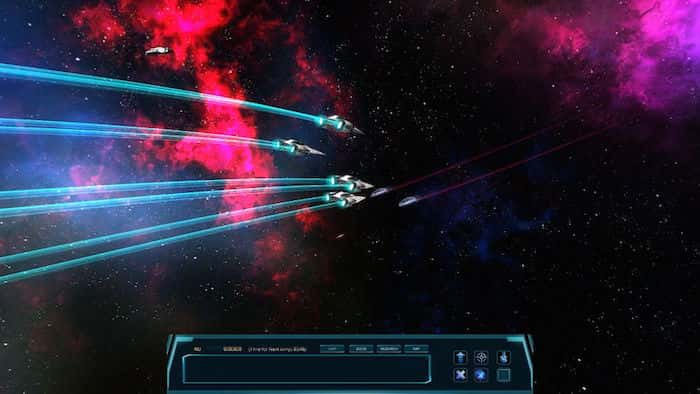 Nomad Fleet uses the same style of random encounter mechanics found in the game FTL and is designed in a way that ensures even if you pass the point of no return, with nothing but a mothership and few quiet prayers to keep you warm, you can easily restart the game from a previous save or begin an entirely new voyage. It is a short experience and anyone with a head for strategy will no doubt be quick to complete it. That being said, even though the interface is simple and the game short, the enemies make you work for every hex – so be prepared to save often.

Nomad Fleet impresses with engaging combat and a story that make you feel the desperation of a race at the end of their rope. The limited types of encounters and simple combat mechanics, while useful as an introduction for players new to the genre, doesn’t have much depth to offer experienced players. It is an ambitious project for a small team and a challenging experience with a lot of charm, yet ultimately lacks the content on offer in other real time strategy titles to hook players for an extended period of time.