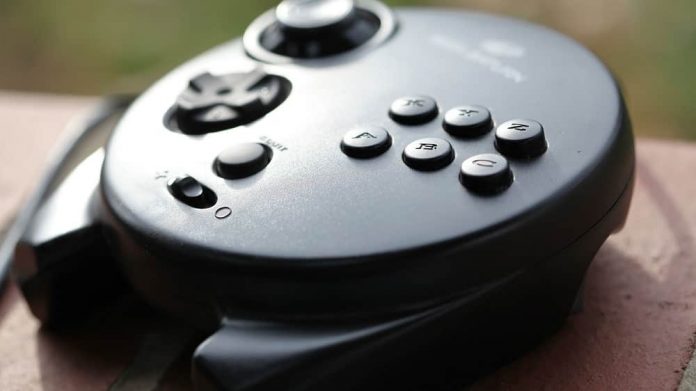 The title of this article almost qualifies as an oxymoron. You know, like those advertisements on TV where banks attempt to show how caring they are and how their speculators and asset strippers value the personal touch. Or, come to think of it, any advert on TV. Conventional lore tells us that the Sega Saturn was a disaster, a failure, a write-off. Sega’s decision to cancel the system just four years after its release appears an admission of guilt, a retroactive abortion so clumsily enacted the company ultimately gave up the ghost as a console manufacturer.

A gamers’ experience of the Sega Saturn was different, particularly in the early years of its release. Sega made many glaring errors in their presentation of the Saturn – the fact that there was never a Saturn-specific edition of Sonic released has to be one of the worst cock-ups in the history of commerce – but porting their best arcade games direct to their powerful new system was a masterstroke. Sega Rally was a breakthrough console racing game, with realistic handling dynamics and a playability lifespan that defied its measly allocation of four tracks. The challenge of beating your best time was always there on ground that felt textured and realistic, with bumps, inclines and a true racing line appealing to the perfectionist in us all. The Virtua Fighter ports were equally successful. I still remember the dizzying, almost hypnotic experience of being exposed to Virtua Fighter 2 for the first time. Gaming moved into the third dimension for me with a rotating camera that circled bulky warriors as they battled it out, with slow-mo replays and trash talk adding to the effect.

It’s largely forgotten now but Tomb Raider made its debut on the Saturn. At the slightly dodgy Glaswegian market stall where I bought my Saturn, Lara Croft was on screen, demonstrating the system’s potential as you guided her preposterously pixellated curves around a mansion. This game was “the next big thing” the stallholder assured my parents, accidentally blending honesty with sales patter. So what happened? What went wrong?

I asked myself these questions many times when the tide turned and the Saturn began its painful demise. Sony’s PlayStation was always there in the background – the better-funded, relentlessly self-promoting pretender to the throne – but Sega had been there and done it with the Mega Drive while Sony were starting out. In 1995, with its roster of quality in-house games, the Saturn would have appeared the better investment. By 1997 it was practically dead.

From the perspective of a 13-year-old gaming addict with a maximum allowance of one console, this was disastrous. As the output of exciting Saturn games gradually ground to a halt the PlayStation began making huge leaps forward in the shape of Grand Turismo and Metal Gear Solid. Then Nintendo’s N64 came out with its 3D Super Mario 64 as a release title; the successful use of a company’s iconic creation to springboard their console only compounding frustration at the Saturn’s apparent ineptitude, its inability to speak up for itself or stand its ground.

The stigma swiftly passed to owners of the system. To declare youself a “Saturnist” in 1998 was tantamount to possessing a strange affliction, a sort of greyscale of the 90s. In the fickle world of adolescence, those who backed House Sega were routed and left to the mercy of the triumphant House Sony or the gleaming House Nintendo. And mercy was in short supply. One by one, Saturn owners slipped away to the competing houses. Eventually (courtesy of an enormous amount of parental nagging) I did the same. I never forgot my Saturn, though. Even as it lay there, buried in its box in a distant corner of the attic, it was in my thoughts. Something about it haunted me and filled me with sadness. I realise now that it was the waste of it all, the sense of potential unfulfilled. In much the same way as we mourn a person buried before their time, the Saturn left me with a sense of What If?

What if that early potential could have been built on? What if a 3D Sonic platformer had arrived within the first two years and been marketed competently? Could we have seen a Sega Rally 2, with more tracks and even better track dynamics? Would three-way competition have pushed Sony and Nintendo to develop even better games for their systems? Would we have believed in the Dreamcast more?