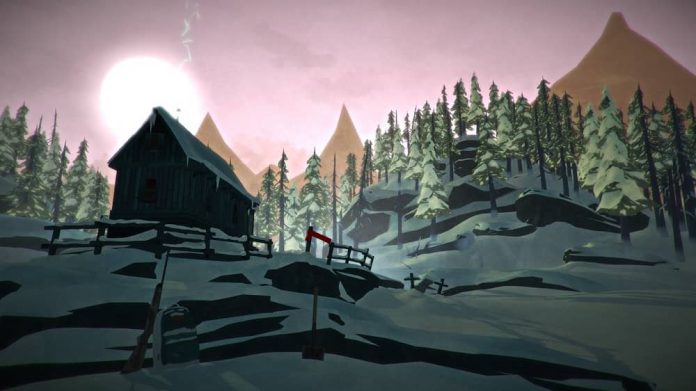 “Extinction is the rule. Survival is the exception.” The screen slowly brightens to reveal a wooded landscape deep in snow. The wind howls and a wolf cries in the distance. The sky shimmers with the last rays of daylight. You are alone. Your only objective is to survive. Welcome to The Long Dark.

An Alpha version of the game is currently available on Steam Early Access and Xbox One Game Preview. It contains a non-narrative sandbox survival mode only. Season one of an episodic story mode is due to be released later in 2015. Having played the sandbox I hope we avoid the apocalypse for long enough to see the full release. This is an immersive, bleak and realistic survival experience. The noise of the wind was one of the first things to strike me. As I set out into the unknown I could also hear the snow crunching beneath my feet and the sound of my rapid shallow breathing. Hinterland Studio has really captured the minimalism of being lost in the wilderness. Moving around the expansive frozen waste you find yourself in you suddenly feel very small. Unlike most games, in this one you’re powerless.

“As I set out into the unknown I could also hear the snow crunching beneath my feet and the sound of my rapid shallow breathing. Hinterland Studio has really captured the minimalism of being lost in the wilderness”

You don’t even have a map. All you know is that you need to move in order to stay alive. The survival panel, a pause screen menu, contains information on your vital statistics. These include your current calorie count and your levels of fatigue, cold, hunger and thirst. If you fail to keep any one of these elements under control you will die. You’re also given real time information on the air temperature and wind-chill in your immediate environment. You can start a fire to fight off the freeze but you’ll need to forage wood in order to do so. Everything you do costs calories. Even just sleeping for a couple of hours will set you back a few hundred, more so if it’s aggressively sub-zero. You’re equipped with a backpack, a first aid kit and a bed roll from the start and you’ll collect more items as you explore your surroundings. However, finding food in the sandbox environment is not always easy. I spotted a tasty looking moose at one stage but the rifle I discovered in the arch of a ramshackled old bridge was broken so I had no way to kill it. Like The Last Of Us you have the ability to improve your tools and weapons and craft new ones provided you have the right components and manage to find a workbench. I was lucky enough to scavenge a few energy bars from the jacket pocket of a frozen corpse I stumbled across later on but it always felt like I was a moment away from death. The end could come in any manner of ways; you could be hunted by wolves, food poisoned or even fall through thin ice. Don’t expect an uplifting message if you do go to meet your maker. My character exclaimed “in the end does any of it really matter?” as he succumbed to injuries sustained in a wolf attack.

“. . .it always felt like I was a moment away from death. The end could come in any manner of ways; you could be hunted by wolves, food poisoned or even fall through thin ice. Don’t expect an uplifting message if you do go to meet your maker”

The Long Dark uses the Unity engine to good effect to produce stylised cell shaded graphics. It throws up some impressive vistas and I explored a range of environments from a disused hydro dam to a forestry look out and an abandoned farmstead. The story mode is not accessible in the Early Access version of the game and it will be interesting to see how engaging its post-apocalyptic narrative is. A compelling story along with some well timed set pieces could be key because some players may criticise the gameplay for being too slow and uneventful, involving as it does lots of strategy and resource management. We’ll have to wait a little longer to properly assess the finished product but at this stage it certainly looks promising. If The Long Dark sounds like your type of thing put the time between now and its full release to good use: get yourself a survival handbook and start sleeping in the garden. 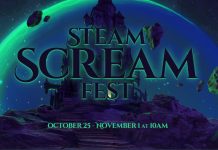 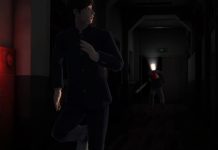