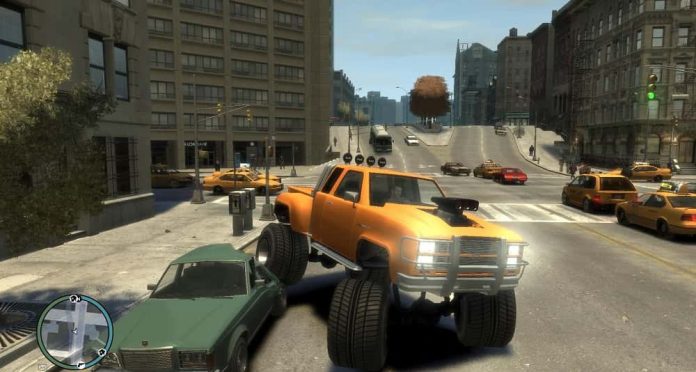 As open world games continue to increase in popularity, it seems to be turning into the default format for big-budget AAA releases. The developers insist this gives players freedom to do whatever, and play however they like. But is this really a good thing?

So Batman: Arkham Knight was released the other week, and although I haven’t yet picked it up myself, it got me thinking about something that occurred to me when I first played its predecessor Arkham City. Let’s get something straight, I bloody loved Arkham City. It was imaginative, with a gorgeous playable world; excellent gameplay that mastered the rare balance of great stealth and great combat, plus plenty of memorable encounters with Batman’s A-list villains, which are by far the best in the comicsphere. Having said all that, can you guess what game I liked even better than Arkham City? Arkham Asylum.

It seems to be a growing assumption that making a game open world will automatically be an improvement, and now open-world games are more popular than ever, many franchises that had previously been linear are expanding their horizons into epic sandbox realms. “Great!” You might think. “I love open-world games, it’d be awesome to be able to play more!” You’re damn right, some of my favourite games have taken this approach, because the thing that sandbox games do so brilliantly is raw, cathartic gameplay. All you need is a big living city and a few simple tools of destruction à la Grand Theft Auto, or an enjoyable, free-flowing movement system like the parkour in Assassin’s Creed or Prototype, and instant fun is created. It’s a simple formula, and as such, is the only thing the AAA games industry can usually be relied on to do well these days. But despite this, unthinkingly shoving a sandbox into a game is not always the best move.

Arkham Asylum‘s map was structured more like a Zelda title, with the courtyard of the asylum serving as an overworld, while the various buildings gradually open up to you as the story progresses. This was crucial to constructing the game’s solid atmosphere, a claustrophobic sensation of being trapped in an enclosed space with a bunch of murderous psychopaths. There was nothing more chilling than walking back down a corridor that you had just been through, to find a newly placed set of wind-up chattering teeth on the floor. It created the feeling that you were constantly under surveillance, only able to progress when the villains allowed you to, and that ultimately you had little control over your own path. That all goes out the window in a sandbox world, where you are by definition allowed to go wherever you like, pretty much right from the start.

Batman does not have any fun tools of epic destruction that you can unleash upon the city; he has two rugged fists for hand-to-hand combat and a big black cape for stealthing around foes. These are both skills that thrive in a small, enclosed space and do not suit the openness of a sandbox. Batman also fails to provide a flowing movement system to allow for enjoyable traversing of the map. He has an awkward Batclaw hookshot and gliding mechanic that feels clunky over large distances, and you need to hold down a button if you want him to stop robotically marching around like he’s got a Batpole stuck up his arse. All the things I liked about the Arkham games seemed to start confining themselves to story missions, turning the sandbox into an unnecessarily intricate corridor through which I would run from quest to quest, barely acknowledging the world that had been built for me to enjoy.

There is another thing about open-world games that I think we all know, but sometimes struggle to admit. The sad truth is, it’s almost impossible to have any kind of decent story in a sandbox game. Plot is built on characters, and a sandbox is basically a way of giving players permission to make their characters do whatever the hell they want. Assassin’s Creed II can pretend that Ezio Auditore is an unfortunate man who uncovered a sinister global conspiracy, causing the death of his family and sucking him in to an age-old conflict; but that doesn’t explain why he spends hours sprinting around Florence, headbutting civilians and occasionally stabbing a minstrel in the throat. Grand Theft Auto IV can pretend all it likes that Niko Bellic is a disillusioned immigrant, lured by the promise of the American dream, only to find that he is still haunted by his past and can’t escape the criminal lifestyle he tried to leave behind; but that doesn’t explain what caused him to drive a motorcycle at top speed into a wall just to see how far he could fly. The fact is that in any sandbox game, no matter how solemn the story, the player is going to be trying to have as much dumb fun as possible in between missions, usually involving senseless murder and massive explosions. This is the problem that leads to games like Just Cause 2 having plots that basically amount to “just keep blowing shit up until the map contains more debris than the World Quarrying Festival”.

The only open-world game I can currently think of that has a deep and intelligent plot which I could actually take seriously, is Far Cry 3. It made a good decision in keeping the actual narrative to a minimum (friends are kidnapped – save friends, kill kidnappers) but the real plot was about the development of the protagonist, Jason Brody. He starts off having to kill for his own survival, but gradually finds he enjoys the violence more and more, and becomes alienated from the friends he did it all to save. This character arc actually fits in with the psychopathic behaviour that most players exhibit, and hence does not feel like the story missions and sandbox exist in two separate dimensions, like most others do.

It saddens me that, even though one of the strongest tools at a video game’s disposal is its capacity as an interactive storytelling medium, all the games in recent memory that have really engaged me with a profound and interesting plot have been entirely linear (BioShock Infinite and the phenomenal narrative of Spec Ops: The Line jump to mind). And unfortunately, linearity is something that seems to be increasingly unfashionable; left behind because it doesn’t make the most of shiny current-gen hardware – the altar at which depth and complexity must be sacrificed in return for motion blur and volumetric lighting.