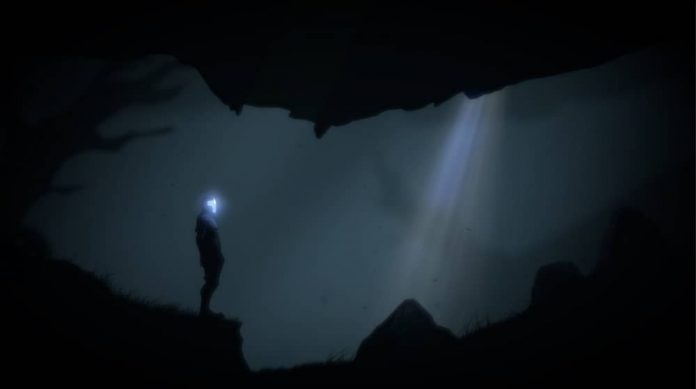 Released last year on PC and WiiU, The Fall is a 2.5D side scrolling puzzle-action sci-fi game developed by indie studio Over the Moon.

Planned as the first part of a trilogy, The Fall received much praise from players and critics alike and now it’s available on Playstation 4 and Xbox One for a whole new audience to discover. The question is: is it worth their time and money?

The experience begins with a small spacecraft crashing into an unknown planet. Emerging from the wreckage, a Mk-7 combat suit exoskeleton detects that its pilot is unconscious and potentially seriously injured, activating its Autonomous Robotic Interface Device (ARID) AI. With ARID taking control of the suit, its priority is to seek medical attention for its pilot before it’s too late. With time of the essence, ARID breaks protocol after realising that it must first endanger its pilot even further in order to force the suit’s critical functions to be restored, and in doing so catches the attention of the Caretaker, a sentient being that wishes to see ARID decommissioned for breaking her programming. Those familiar point and click games such as Broken Sword and the more recent Broken Age will feel right at home with The Fall. Rendered in 3D but played strictly on the 2D plane, you’ll spend a lot of time hunting for objects to pick or interact with in the environment, and then spend even more time trying to figure out how to best use them. Like most games in the genre, there are times when what you’ve got to do to achieve your goal is almost too illogical or obscure to comprehend, resulting in you pretty much trying everything in your inventory on every interactive point you can find when you get stuck. Whilst old school adventure gamers will probably be used to this practice, it’s still unnecessarily frustrating, especially for newcomers, but luckily it doesn’t happen all too often.

Complementing the laid-back adventure and puzzle aspects of the game is some very basic armed combat. Using the right stick to aim and the right trigger to shoot, there’s really not much to it apart from seeking cover as soon as possible to avoid a barrage of fire. Enemies are quick to shoot as soon as they suddenly appear on screen thanks to your limited field of view, giving you little time to react, and taking cover with the left shoulder button is sometimes rather irksome. Nevertheless, it does successfully break up the flow of gameplay and provides a refreshing burst of action. With its strikingly sparse visuals and a haunting atmosphere, The Fall is a game that grabs you from the outset. Taking inspiration from the melancholy Limbo, most of what you see on screen is black, with bold, bright colours used to emphasise little details and pertinent objects in the background. Other use of colour is generally muted; there just to add to the ambience of your surroundings. Combined with its quality voice acting for its small cast of characters, it all comes together to flawlessly immerse you in an increasingly hostile world where you always feel like you’re on the verge of despair. In fact, the only thing that lets it down is the stiff animation of your Mk-7 suit, somewhat breaking your connection with the game at times.

A slow and bleak adventure, The Fall has a lot to offer those in need of a more cerebral experience. With its striking visual style and quality voice acting it draws you into a mysterious, albeit short tale, which is bound to satisfy should you have the patience to deal with its sometimes obscure puzzles and perfunctory combat. As the first game in a proposed trilogy, The Fall shows a lot of promise, and its riveting story will surely have its hooks in you upon its shocking conclusion.

The Fall is available on PC, Xbox One, PS4 and WiiU. We reviewed the PS4 version of the game.