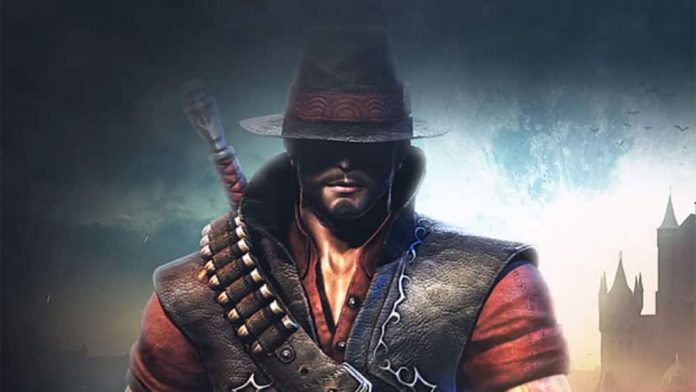 Made by independent Bulgarian studio Haemimont Games, Victor Vran is an action RPG following a demon hunter as he attempts to free the gothic city of Zagoravia from an infestation of monsters and demonic spirits.

Playing as the eponymous central character, gamers must tackle hordes of enemies in melee style combat enlivened my magic spells and special powers to get to the bottom of mysterious events.

The first thing that stands out about Victor Vran is its presentation. The game’s haunting central score greets you as it loads and sets the tone for the playing experience, while a beautifully rendered cityscape of Zagoravia forms the backdrop to the menu screen.

Zagoravia strongly recalls the Transylvanian aura of Dracula, a medieval Eastern European city shrouded in mist and shadow and seems the ideal setting for an RPG laced with magic and demons.

The rudiments of the game are introduced as Victor makes his way through the outskirts of the city. There are two main control systems offered to players (though customisation is available) depending on how they wish to use the mouse. I chose the default option which allows you to use the directional keys to move your character and the mouse to target attacks and rotate the camera. The controls felt relatively intuitive straight away, though rotating the camera proved awkward during combat and is an area that could be improved.

It becomes clear very early on in Victor Vran that the emphasis of the game is on action. Combat is almost incessant and, with the player usually confronted by multiple enemies at once, rewards the melee approach of wading into the centre of the action, all guns/swords/Devastating Hammer of the Leech blazing, rather than my initially circumspect attempts to pick enemies off one by one while avoiding damage. Fortunately, the combat in Victor Vran is extremely rewarding. Players can utilise a variety of weapons, each of which have a default attack and two special attacks that must be used sparingly as they require time to regenerate. I found the scythe a particularly fun weapon. After hacking away at enemies to build up overdrive you can hit “E” to trigger a special attack in which you enter a frenzied scythe spin that inflicts massive damage on all demons in the vicinity. Opponents can also be dazed by certain special attacks, leaving them vulnerable to follow up moves, while Victor Vran is able to use demonic power attacks once the overdrive bar has been filled. New and more potent demonic powers can be acquired as you progress through the game.

The story and character development in Victor Vran are less satisfying. Victor tells us that he is in Zagoravia to search for a friend and fellow demon hunter who left for the city a year ago and never returned. Along the way we meet a few human survivors, holed up in the palace that acts as a home or “hub” for Victor to base his operations and move to different areas courtesy of an interactive map, but dialogue is limited and at no time did I feel myself compelled onwards by any plot or situational suspense.

The various levels are well designed, with different textures and atmospheres. A number of them are a little too linear, with slim corridors for the player to move down and only one route through, though exploration and replayability is encouraged by the presence of secrets in each level and a number of preset challenges (e.g. kill all enemies within 120 seconds).

Victor Vran is far from a complete game. Despite the presence of magic it is no Elder Scrolls or Final Fantasy, lacking the freedom to explore, story and diversity of these titles. Where the game excels is in its fast, frantic combat and the continual growth of skills, weapon upgrades and magical powers which make the battles increasingly diverse and rewarding. If you enjoy melee action you will enjoy Victor Vran. I certainly did.

Victor Vran is available on PC.