With a sprawling open world and an astonishing range of stories The Witcher 3: Wild Hunt lays bare the soul of what it means to be a monster hunter for hire.

Your duties range from engaging in jaw-clenching battles with hordes of nekkers, to terrifying encounters with the mighty beasts that haunt the forests of Velen. Mix in a drowner brain of courtly intrigue and a lesser glyph of insane witchcraftery and you get a sense of the machinations that unfurl slowly as you play the game.

The Witcher 3: Wild Hunt starts on a strong note introducing the main characters and familiarising you with their relationships. You begin your quest hot on the trail of Yennifer of Vengerburg having tracked her to White Orchard, the first open area in the game. This small area gives players a taste of the trials that await Geralt in Velen, Novigrad and Skellige and very successfully eases the player into the expansive questing and combat system without overwhelming them. The story is engaging and flows nicely alongside the side missions that are scattered throughout this introductory area. The step that it falters on is the pacing. The wide world that is introduced after the initial romp in White Orchard is beautiful – the most detailed and immersive in the series to date – but the main story suffers as a result. The sheer amount of side quests, gwent games and monster hunts tend to leave the player floating, sometimes for hours at a time, between main story quests as they forage for plants and investigate monster-riddled cave systems in search of loot.

That’s not to say the story isn’t enjoyable. I’ve played through multiple times in search of different world states and outcomes to my decisions. It manages to take some really interesting turns but despite that, I find myself feeling a bit disconnected from the events unfolding around me.

The place The Witcher 3 shines is in its side questing and world building. The bustling streets of Novigrad are alive with the sounds of life and the occasional gruesome death. It is usually left to you to intercede in the latter with a myriad of side quest opening up organically as you travel the land. One of the most engaging aspects of the game is the hunting missions found on noticeboards across the countryside.

The “witcher sense” and tracking mechanics do get a bit tiresome after your fifteenth time following after blood trails and footprints, but the ensuing monster battles are worth the trouble. The enemies are unique and terrifying, charging ferociously and severely punishing casual button mashers. Success requires good reflexes and ample use of Geralt’s magic signs. A crafting system that ranges from gas bombs to sword oils and everything in between adds an extra layer of complexity to these encounters with some of the higher level enemies requiring Monster Hunter levels of preparation in order to best.

Man-to-man combat typically comes in the form of bandits that litter the country in small camps or on horseback. The swordfighting tends to lean more towards realism with multiple enemies easily overwhelming your sword. I can’t remember how many times I died with a half dozen soldiers hacking my quen shield to pieces and cutting me down.

Riding around Velen and lopping off bandit heads astride the mighty Roach was a lot more fun: the wind passing through your hair as you lean into the swing of your sword, cleaving a man in two. Comparatively some of the boating sections fall a bit flat. While it is an interesting mode of transport, after the novelty wore off the constant attacks by flocks of harpies and the non-existent waves had me fast travelling whenever I had the chance to avoid it. As an optional alternative to the horse it would have been fine but given the fact that half the map is dedicated to an island nation it should have been a more involved experience. That being said, the rest of the game is so well executed I have only a little trouble forgiving the sailing sections.

Graphically, it is easily the most impressive of the series. Mountain castles, swamps and smouldering ruins are each modelled beautifully. This coupled with impeccable voice acting and a wide range of ancillary sounds breathes life into the world and should you choose to investigate these strange noises you might find it leads to further quests.

While the story is solid in and of itself, it doesn’t mesh very well with the open questing system. This in no way disparages the quality of the story, only the sporadic way it is experienced when playing the game. The Witcher 3: Wild Hunt is an engaging adventure into a realm fractured by war and cultural disparity that shines a light on the dark corners of the human psyche – and after hours of play, it leaves you sweating and aching for more. A must play for any modern gamer.

The Witcher 3: Wild Hunt is available PC, PlayStation 4 and Xbox One. We reviewed the PC version of the game. 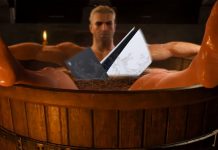 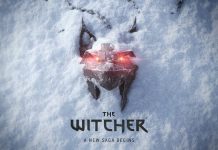