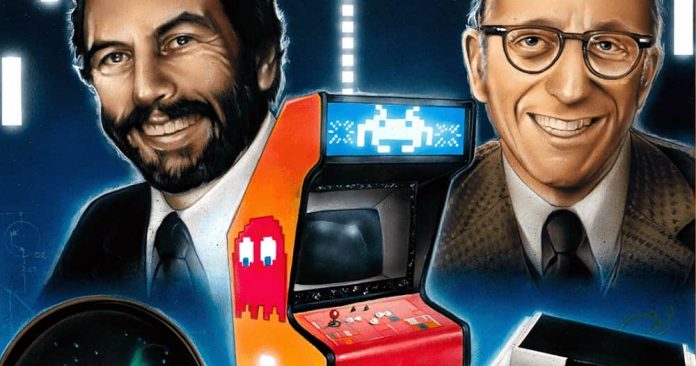 Films and documentaries about video games seem to be all the rage right now. We have had an Angry Video Game Nerd movie, Zach Braff’s Video Games: The Movie, From Bedrooms To Billions and even Hollywood are taking on the genre with the upcoming summer blockbuster Pixels. One film that might have slipped under the radar for a few people though is World 1-1, so GameSpew thought you might want to find out how this one compares to all the others.

This recently released documentary film originally started off as a Kickstarter project, where it just about scraped its goal – raising $15,539 from an asking figure of $15,000. It was promoted as the first in a series of historical look backs at the video game industry from an American standpoint. The first film would quite rightly focus on the formative years of the industry, and early pioneers Atari in particular. It was promised that it would focus on every aspect of that age: the people, the games, the stories and the facts. The crowdfunding page listed a huge number of industry legends and other luminaries who had agreed to be part of it, including the likes of Atari co-founder Nolan Bushnell and Activision co-founder David “Pitfall!” Crane.

“The mix of talented people who made these amazing games and the people like us who played them adds real variety and personality to the whole film and really draws you in, making you feel like you are there with them”

I have to admit that as soon as I learned about this movie I was rather excited about it – it sounded right up my street with the focus on Atari, and without doubt one of the most interesting periods in video game history. Within minutes of the film being available I went straight to the official World 1-1 website, hit the “buy it now” button and downloaded a digital version in full HD. Weighing it at over 7GB it took longer than I would have liked, but I wanted to watch it in the highest quality possible. For those with poor broadband speeds, other resolutions are available to download. Price wise it’s very reasonable: you can rent it for $3.99 or buy it for $9.99, equating to around £6 at the current exchange rate, which is very good when you compare it to the price of other new releases. Although a DVD/Blu-Ray physical media option is not available right now, they have promised one will follow in due course for those who prefer physical media. The quality of the full HD version is outstanding too; you really can see just why the file size was so big. I booted up VLC (other media players are available!) and waited with baited breath… The first thing that is apparent when starting the movie is just how many great people got together to be part of this. As well as Nolan Bushnell and David Crane, you also have Al Alcorn (creator of Pong), Joe Decuir (designer of the Atari 2600), Howard Scott Warshaw (programmer of E.T., Yars Revenge and Indiana Jones), Donna Bailey (Centipede), Warren Robinett (Adventure), Franz Lanzinger (Crystal Castles) along with many others. Alongside all these industry legends are notable people from today’s video game media such as G4’s Patrick Scott Patterson and IGN’s Sam Claiborn, offering their reflections on just what these formative years in the video game industry meant to them growing up. It’s a nice mix of the talented people who made these amazing games possible and the people like us who played them! It adds real variety and personality to the whole film and really draws you in, making you feel like you are there with them.

“Although a documentary, World 1-1 still tells a story just as wonderful as any Hollywood blockbuster. At times it almost brings a tear to your eye, especially some of the highly personal accounts of the people who were there at the time”

The whole film is wonderfully put together; the creators Daryl Rodriguez and Jeanette Garcia did a wonderful job of production, especially as it was pretty much just the two of them working on this project! Although a documentary, World 1-1 still tells a story just as wonderful as any Hollywood blockbuster. At times it almost brings a tear to your eye – especially some of the highly personal accounts of the people who were there at the time. It’s not perfect of course: there are a couple of minor flaws, but I stress the word “minor”. Firstly, it’s not always captioned with the name of who is talking, so sometimes you either miss or forget who it is. Secondly, there are moments when it either suddenly zooms right in on the person speaking or zooms right out, which could be quite off-putting. However, none of these minor flaws in any way hindered my enjoyment of the actual film. Another thing that should be mentioned is that although World 1-1 originates from the US, it successfully remains impartial to the industry and free of any bias that can often creep into historical accounts. It’s also refreshing that there isn’t any “then Nintendo came along and saved the day” nonsense here. I sincerely hope that they keep this up for the next movie, which will no doubt start to focus on the years where Nintendo started to become relevant alongside Atari and other companies, including Sega.

“In my opinion, World 1-1 is by far the best video game documentary yet”

In my opinion, World 1-1 is by far the best video game documentary yet. Far better than the dross that was Video Games: The Movie, and much more fact filled than many of its other contemporaries, while still remaining entertaining.  All in all this movie is a must watch, must own and must watch again! It’s a nostalgic journey of joy from start to finish that any discerning video game fan should find the time to watch, especially those – like myself – with a penchant for all things Atari.