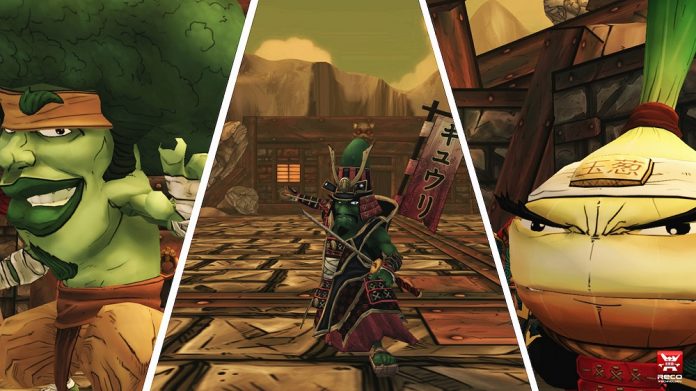 Recotech, creators of the less than stellar Toro, are back with a brand new game – Yasai Ninja, releasing on PC, Xbox One and PlayStation 4 on 21 July.

The trailer and screenshots of the game actually show a bit of promise. It looks to be a puzzle-adventure 3D platform game, set in feudal Japan with plenty of hack ‘n’ slash action. You play as “Samurai Onion” and “Broccoli Joe”, on an epic quest to end the tyranny of the despotic Shogun Kyurinaga.

After the flat-out failure of Toro (of which you can read our review here), we’re a little uncertain what to make of Recotech’s next entry into the console market, but it’s safe to say we’re willing to give it a go. With ninja vegetables on an epic journey, it’s a far reach from the pseudo-realism they tried to capture with the bullfighting simulation of Toro and hopefully delivers as much zany fun as the trailer promises.

Check out the trailer below and see what you think.