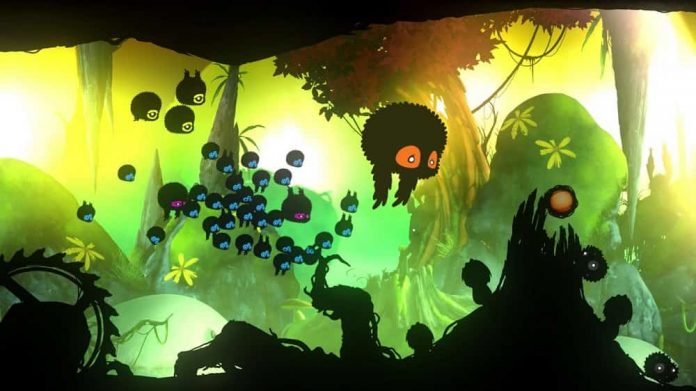 After mastering the mobile platform with its distinctive design and fly-or-die gameplay, Badland has been released on Xbox One, PS4 and now Wii U with enhanced visuals and more content than ever before.

In this impressive side-scoller from Frogmind, you explore a fairytale-like forest that is not what it seems on the surface. Controlling one of the forest’s enigmatic creatures, you set off on a challenging journey full of increasingly imaginative obstacles and traps in hopes of finding out the mysteries and dangers of your home.

Throughout each level, you pick up friends along the way and team up with (or sometimes sacrifice) them in order to reach the next stage. In a feature that’s reminiscent of Alice in Wonderland, you can pick up eye-catching power-ups that will allow your creature to operate differently and become bigger, smaller, faster or slower. It’s not until you come across the next puzzle that you discover whether these items are key to your survival, or the reason for your next untimely demise. 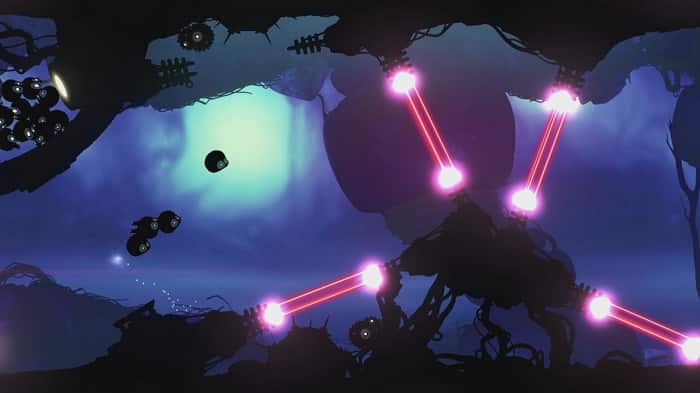 The stages of the game are broken up into two days made up of dawn, day, dusk and night. Each time of day offers a different atmosphere and tone as you play, which only becomes more foreboding as you progress.

You can easily understand how this quirky side-scroller won multiple awards based on its style and design alone. Built on the hand-painted graphics of the original, Badland: Game of the Year Edition offers a backdrop of a glowing HD forest that will make even the darkest of indie hearts soar. The music complements the minimalist imagery well and enhances the eerie ambience with animal cries and buzz saws echoing in the distance.

Alongside the content and stunning visuals, the controls have also been given a considerable upgrade. In the console version, they have expanded for the analogue stick and triggers, enabling you to have more command over the forest’s cute, yet slightly sinister looking inhabitants than ever before.

Although save points are frequent and forgiving of mistakes early on, as you continue through the levels, these checkpoints soon become few and far between. The game encourages perfect runs by sending you back to the beginning, even if you die on the last hurdle of the level. This can lead to a great deal of swearing, especially during stages where your only choice is to barrel through, head-butting everything in order to discover what aspects of your environment could potentially kill you. 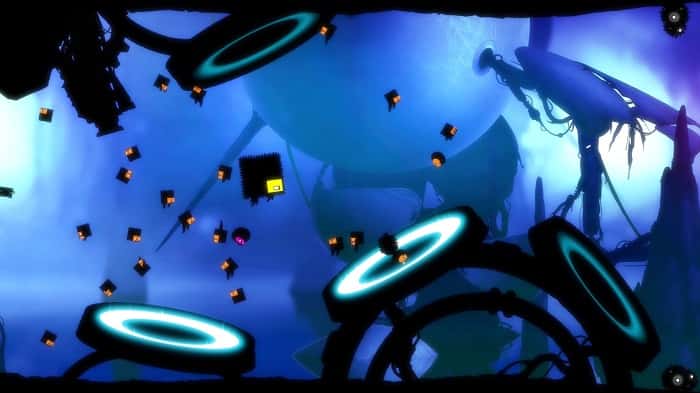 Unsurprisingly, the co-op and multiplayer modes work beautifully on console. Playing as either Clony, Cyclo, Snorf or Fury, you can face-off with your friends in 27 different death match stages or join together to victoriously survive through all 100 levels of the co-op campaign.

Sadly, the Wii U version of Badland doesn’t utilise the screen on the controller, which has the potential to be a really cool way to enrich gameplay further. Perhaps you could use it to select glowing power-ups at just the right time in order to prevent being crushed by a collapsing wall? Or use it as a handy preview screen to plan your next move on a level riddled with bombs and booby-traps?

If you’re visiting Badland for the first time, or are a loyal player that’s curious to see how the game’s evolved on a new platform, you will not be disappointed. It’s no wonder that Frogmind won so many awards for the mobile incarnation of this game, and this holds true in Badland: Game of the Year Edition. With awesome multiplayer levels and over 15 hours of story content, you’ll be spoilt by the sheer number of stages to explore and puzzles to conquer.

Badland: Game of the Year Edition is available on PlayStation 4, PlayStation 3, PlayStation Vita, Xbox One, Wii U and PC. We reviewed the Wii U version.