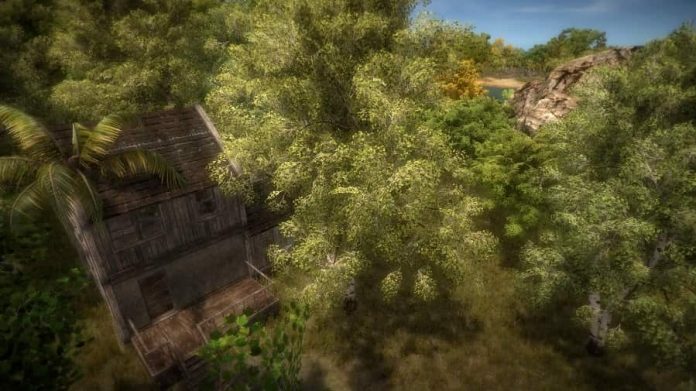 In a world where survival games are blurring together, Better Late Than DEAD decides to try its hand at carving its own path. There are good things and there are bad things, but I’ve kept my mind open to the fact it’s still early days for this game.

I hadn’t even heard of this game before coming to review it. The main brunt of information I had about it was its game trailer and sometimes that’s the way I like it; with no expectations you can’t be too disappointed – or so I thought. The trailer starts with a sweep of the surrounding island in all of its desolate glory; from broken houses to azure water, we understand quickly that this island wasn’t always abandoned but the question here is: where did everyone go? As soon as the game begins, however, we figure that out when facing all of the fly-ridden body bags scattering the island. Delicious. 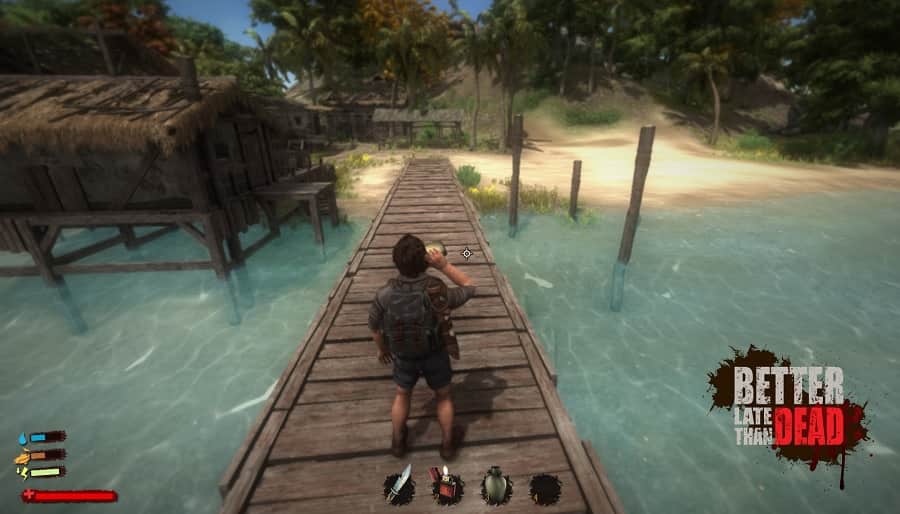 Heading into the game I was excited. We’re greeted with simply beautiful concept art (I’m a sucker for it) and some wonderful voice acting – ignoring the slightly clunky script, i.e. *bend over random backpack* “I could use this…” – it was very clean and professional and was ticking all boxes for me. However, this is where the “buts” begin. Now, I appreciate the fact Odin Game Studio has only been going since 2013 and I think they have a massive amount of potential but I couldn’t help but be disappointed by its PS1-esque appearance, and not the nostalgic kind. It lacked style and finesse compared to a lot of other independent games out there, i.e. The Cursed Forest, made by a first-time Siberian developer, or Kholat, made by Polish developers at IMGN.PRO. Even The Forest when it first came out was buggy as all hell yet simply stunning in appearance.

“The survival genre is a tricky beast: with little action and more preparation and planning, you have to work even harder to make your game stand out”

Considering the quality of work that can come from indie developers using the Cry or Unreal engine, OGS really need to up their game – no pun intended – in order to keep in the middle of the pack, let alone rise to the top. The survival genre is a tricky beast: with little action and more preparation and planning, you have to work even harder to make your game stand out. This is what Better Late Than DEAD needs to do.

Currently it’s trying to be like The Forest but it doesn’t need to be. Take a look at Unturned, the simplistic Minecraft-meets-Lego zombie survival game. Graphically it’s nothing spectacular but it embraces its simplistic nature and somehow is quite fun to play, especially with the ability to play with friends. I believe that graphics don’t need to be spectacular as long as there’s something in a game worth paying attention to, be it story, goal, combat, etc. 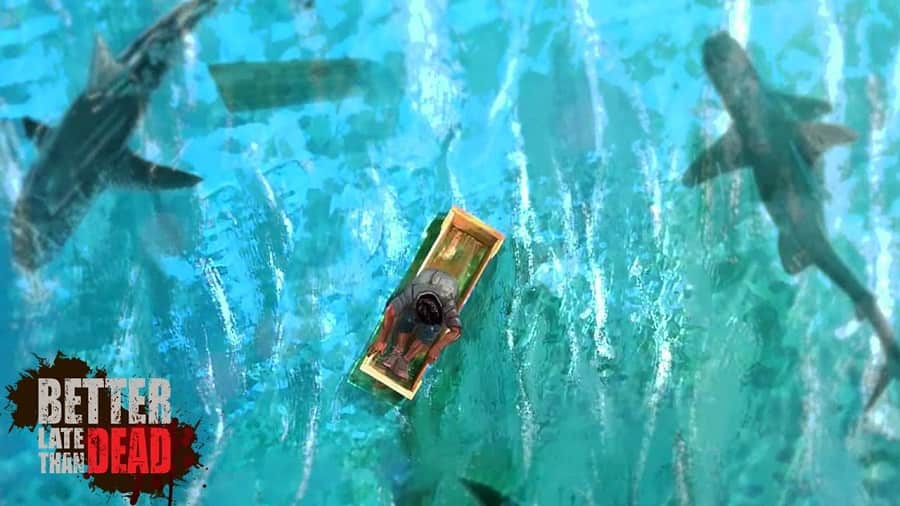 Moving on to the actual game play, my game ran beautifully with no crashes or potato frame rates unlike what I was expecting – and for an early access game that’s truly quite a feat. However, it made me relive my PS1 nightmares with awkward character movement and unpredictable viewing controls, making it quite difficult to navigate the environment and interact with objects. It had a frustrating “click and swing” combat system and no long-term saves. You can save but once you die it’s game over, buddy.

“My game ran beautifully with no crashes. . . and for an early access game that’s truly quite a feat. However, it made me relive my PS1 nightmares with awkward character movement and unpredictable viewing controls”

OGS has tried to make the game an ongoing process of discovery, hiding crafting recipes and survival tips in notes scattered about the environment. Don’t get me wrong, I actually like when games do this, but I think they should have started us off with select foundation knowledge. I spent an hour trying to figure out how to change palm fronds into prepared leaves; hell, it took me an hour to figure out where the crafting menu was, so I hope they’ll consider making the first 10 minutes a bit more idiot-friendly. Sometimes I need someone to hold my hand. This also goes for making interactive objects clearer. I didn’t notice that the scattered crap on the floor of certain camps wasn’t all just environment detail until my fourth play through. 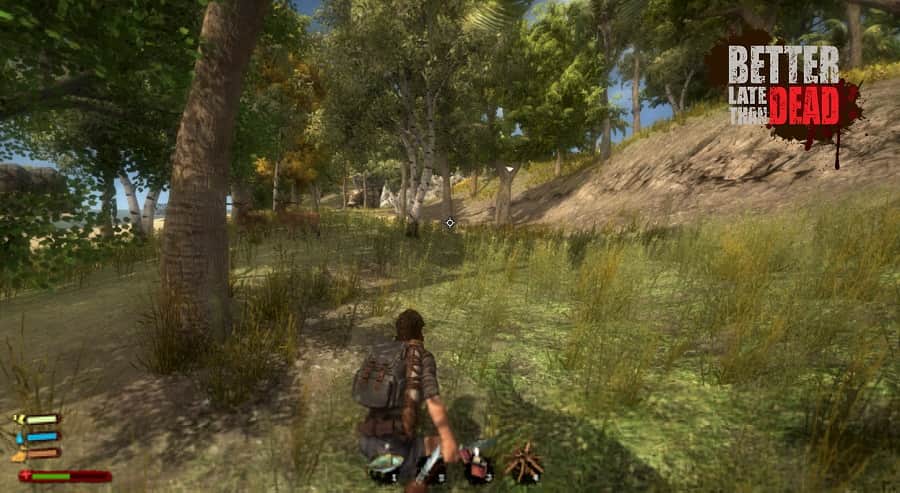 As I said before, it’s so difficult to make a breakthrough game in the survival genre and Better Late Than DEAD has a while to go. To me, it’s incredibly frustrating to see that the game has a lot of potential to be as good as the others out there only for it to fall short, and I know I have compared it to a lot of other games in this review. Had they worked on it a little bit more and released it after another few months I reckon my, and other Steam users’, experience of it would have been much more positive, and sadly first impressions are lasting. I will pick this game up again after a little while once more patches have come through, but had I played the game as a consumer for entertainment purposes I’m sad to say that based on my experience I probably wouldn’t play it again.