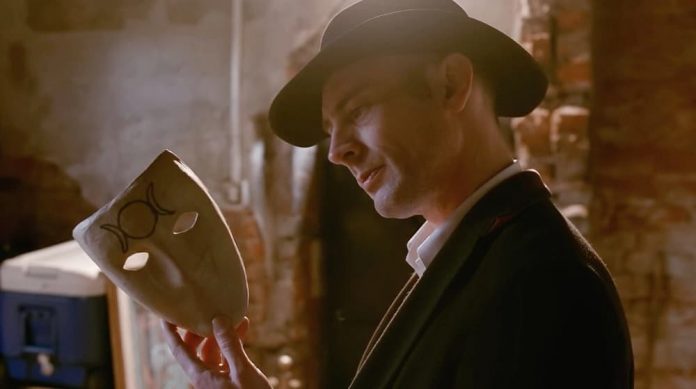 Though not entirely unheard of, full motion video games this side of the 1980s aren’t exactly run of the mill.

The release of Sam Bailey’s Her Story last month seems to have spurred on a new wave of FMV-based games, and frankly I couldn’t be more excited. Having just playing through Baggy Cat’s Contradiction, dubbed “the all-video murder mystery adventure”, I’m raring to discover more hidden gems of this ill-used gaming art form.

Contradiction takes us through an evening in the life of Inspector Frederick Jenks, who has been sent to the picturesque village of Edenton to investigate the death of a local woman, Kate Vine. Jenks quickly realises that Edenton is not quite the eden it appears to be however, when he discovers the sinister organisation “Atlas”, claiming to be a business training school, and the shady people who run it. Essentially, the game plays out much like any basic point and click adventure; you have various areas to explore and occasional clues to find. The main focus of the game is on interviewing the residents – all of which are potential suspects it would seem – and it’s through these interviews that you’ll unlock more clues to progress throughout the game. You’ll ask each suspect a series of questions and listen to their responses. The aim of the game is pretty straightforward: you have to spot contradictions in the statements each are making. Ryan told you he kept absolutely no drugs or medication at work? But wait, he’s just admitted he keeps painkillers in his office. A-ha! Pair up two contradicting statements and Jenks will ask further questions, and you’ll move the story along.

Whilst the gameplay itself is rather simple, the utter joy of playing Contradiction is in watching the videos. With purposefully over the top hammy acting and a well cast group of actors playing some interesting yet incredibly creepy characters, you can’t help but get sucked into the story and be desperate to find out what happens next – and more importantly, whodunnit? Considering the game’s low budget, the production quality of the videos is extremely high and the calibre of acting is second to none, most notably the performances by John Guilor and Paul Darrow (playing Ryan and Paul Rand, respectively). Paul especially had an engaging presence, with an innate creepiness that can only be likened to Alan Rickman’s performance of Severus Snape in the Harry Potter films. That’s not to say the game is without its faults, however. The overly basic gameplay mechanics do get a little tiresome: when it comes to finding new clues, sometimes there is nothing else to do than retrace your steps and visit all the areas again. Whilst it doesn’t take long to travel around (you can even quick-travel using the map), it does quickly get repetitive constantly going back and forth. The clues are sometimes rather convoluted too; whilst those of us with a keen eye for detail may instantly spot the contradictions, occasionally they’re not quite so obvious and you may find yourself trying to pair together any two statements that could possibly have a tenuous link to each other. Thankfully, for those of us who lack the astuteness of Sherlock Holmes, there are several hint features built into the game so you will never find yourself truly stuck. There is always a tip freely available to point you in the right direction, as well as regular phone calls with the Chief Inspector who’ll give you an indication of where to go next. If you’re really stuck, there are further clues you can use that will basically reveal the contradiction you should be looking for. The game does count up how many clues you use though, so purists who revere their game stats might want to think twice.

Overall, it’s hard not to be charmed by the creepy village of Edenton and its delightful cast of suspicious characters. Sure, Contradiction might not be the most complex of games, but through its simplicity it still manages to offer a familiar and engaging point and click experience dressed up in a fantastically entertaining vaudeville drama that’s just a pleasure to witness.

Contradiction is available on PC.