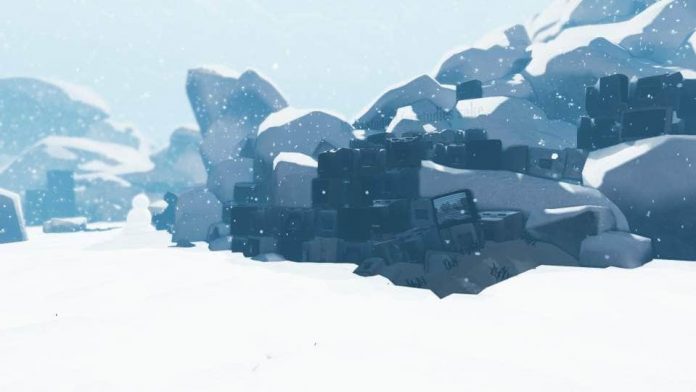 Developed by the small indie studio HyperSloth, Dream is a puzzle-solving exploration game sure to boggle the mind. Dream finally left the Early Access stage on 31 July after becoming available on Steam back in August of 2013.

Set in the subconscious, you play as Howard Phillips, with the goal of finding self-awareness, truth of this young man’s life, uncovering the reasons for his odd dreams, and the identity of who is on the end of the phone. The puzzles are a delight to play, each being different from the last, and all are very much like being in a dream (or nightmare), with the line between awareness and dream becoming ever thinner. It makes for some frustration as there are times where there is no direction as to what you need to do, and some Googling was done from time to time as to understand how to progress the story forwards. The only time when it was clear what to do was when a portal would materialise, making it a very simple choice to walk through to the next section.

Gameplay is very simple; you use the WASD keys and your mouse to move and look around. It’s very much a point-and-click game, finding out clues as to what is actually going on; you’ll find yourself aimlessly walking around Howard’s house, clicking on everything in sight until you unveil secrets. A big drawback for me was the mouse sensitivity: the game gives you the option to set your preferred sensitivity, but it would constantly change back and forth between your setting and the default. This made the mouse uncontrollable in some sections, so it was impossible to click on what you wanted. Dream features some beautiful scenery, whether it is in a desert – reminding me of Lifeless Planet – or deep in the snowy mountains. Every section is a breath of fresh air, creating a great atmosphere. Without the mouse sensitivity problems, the graphics are very smooth, although there were a few moments of tearing, despite v-sync being on.

The voice acting, although very clear, comes across very scripted and forced, which was a big disappointment while playing. It sounds as though words were being read from cue-cards, making the flow stutter, and to me was very off-putting. Howard’s internal dialogue is very cliché and cheesy, with some unnecessary lines being dotted here and there; if you close your eyes, you’d be forgiven for thinking you were listening to a badly-acted children’s TV programme. There are points in the game in which there is no sound from the dialogue at all, and although the subtitles were still visible, it contained some misprinted characters, possibly due to translations from different languages. To me, the soundtrack of Dream is one of the highlights of the experience: it is very immersive and atmospheric, containing a range of styles according to the section of the game you’re in. From the calming tunes when you’re walking through endless halls, to the horror-inducing screeches as you run in fear of what is going to catch, the music perfectly compliments the game and helps to set the tone.

Overall, Dream needs some tweaking to make it truly immersive. It’s an enjoyable game, but its lack of polish especially with the voice acting and mouse controls holds it back from being an essential point and click title. Hyper Sloth continue to support the game with multiple patches, so hopefully some of these issues will be ironed out, but until then, it’s not quite the dreamy experience it should be.

Dream is available on PC.