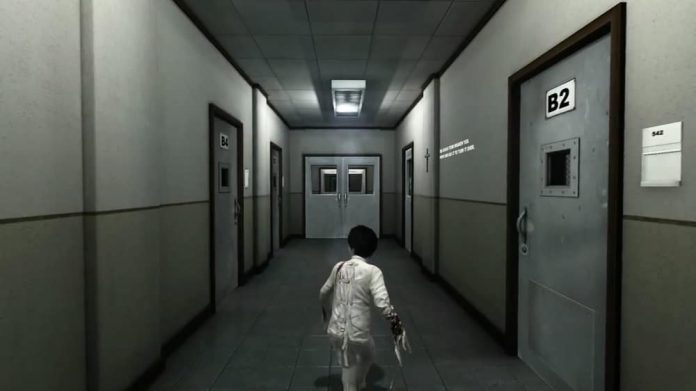 We all remember feeling chills when watching The Omen. Reboot or not, there was something about that little boy that made you not want to have kids in case you inadvertently ended up giving birth to the devil’s spawn – him, and the little girls from The Shining. Come play with you? No, no I don’t think so.

We saw the first of its type when Lucius came about in 2012, and after its surprising popularity Lucius II followed in the first quarter of this year. What’s even more surprising to me is the sheer variety of critical reception compared to its predecessor. Most received Lucius positively, but there appeared to be a solid 20/80 split between good and bad reviews this time around with nombre deux. Perhaps it’s the fact I didn’t go into this game expecting anything like I have in the past with more popular genres, but I didn’t think it was completely terrible. Granted I wouldn’t pay 15 quid for it but as a game – that’s the key word here – it was quite enjoyable, says the sadist in me. When you’ve had a bad day, what’s better than running around as a demonic little boy and inventing clever ways to kill people?

That’s where the positives begin and end.

If we just skim the surface it’s great. You knock open vents full of wires that can electrocute people, combine chemicals that just happen to be lying about to form explosive compounds, or leave a charged defibrillator in the middle of the hallway for people to walk into. If you include your “demon-boy” powers you can compel people to fall through open lift mouths or wash their hands in electrified water and so on. Ha-ha, oh, what fun! Fun until the novelty of killing unsuspecting people wears off and you’re left trying to understand why you’re killing people. Lucius II follows off from the first game and spoon-feeds us a mild plot about what’s next for the devil’s son now his biological family are dead. First of all, he loses his powers for six months as dear-old-dad turns his eye to other offspring; that is, until a nun is admitted, rekindling Lucius’ fierce hatred of religion. After attacking the nun they pull Lucius into shock therapy and the two employees combust into a scattering of viscera and floppy body parts. Enter player. From here you’re pointed and shoved in one direction, following a pre-determined, linear story path of which you cannot stray. You can do other things on the side, like killing comatose patients or discovering two men banging in the bathroom, but there’s no real thought process. It tells you where to go, even gives you an arrow on your mini-map to follow, and you follow it. Rinse and repeat until the epilogue. It’s good to be guided sometimes, but there is a limit. Granted, they did give a little tutorial at the beginning so we weren’t going in blind – big thumbs up from me Shiver Games.

Where performance is concerned it was running really nicely for the first couple of hours but then I experienced my first crash. After resetting it and returning back to the fated moment after someone stupidly forgot to save, the game ran differently. I experienced more glitches and people and objects started getting a bit jittery, one moment of which I managed to kill a doctor and then get stuck on nothing, causing me to reset the game again. Sadly, despite the fact it’s a nonsensical sandbox massacre, I found myself growing tired of the whole charade by the time I’d reached the third floor. Though Shiver chose a truly interesting art style for their cut scenes, ultimately I tuned out of any sort of narration which attempted to further the plot after finding that I just wasn’t intrigued or invested enough in the plot itself. First of all, I don’t care for Lucius at the best of times; even if he renounced Lucifer’s ways and became a lovely six-year old boy again it wouldn’t make me feel sympathy for him.

With the game itself, there isn’t actually any sense of danger or mystery for a first-time player. Every character’s meter seems to be stuck on “suspicious” but nothing comes of it, even when I’d trespassed into the stark-red restricted area. The officials appeared to just shrug their shoulders and carry on pondering their own meaningless existence. Maybe if you’re trying to get all of the achievements it may matter, but ultimately I’d picked up acid and threw combustible cans and electrocuted people in plain sight of nurses: did anyone bat an eye? No. After their bout of confusion they’d totter on as usual and I’d be a few steps behind, ready to fry them with the same defibrillator used to kill their companion moments before. Even when I got caught I could use a “life line” to stun the chaser and get away. At no point in the game did I feel threatened or under pressure. That’s one of the places Lucius II went wrong. There, and by using a collection of totally useless objectives designed to eat time and get you from one floor to another, i.e. my “followers” all topping themselves without proper reason. Time well spent. Overall Lucius II: The Prophecy leaves me wondering why Shiver Games came up short after their success with Lucius. The idea of planning ahead to create thoughtful traps for my victims like something out of an episode of Looney Tunes was initially attractive, until you’d made the same one seven or eight times and watched the same semi-hilarious NPCs flop to the floor over and over. This alongside a pretty average story line, poor A.I. and some tedious glitches makes for a very unhappy consumer. What a shame.

Lucius II: The Prophecy is available on PC.