Have you ever wanted to play a game that combines the simplicity of Pong with the excitement, shapes and colours of Geometry Wars? Well soon you can.

Mondrian: Abstraction in Beauty is a puzzle/arcade game currently in development by Lantana Games in which players have to destroy blocks using nothing more than a ball and paddle combination. Basically, there is a randomly generated shape in the middle of the screen with lots of different coloured blocks inside it. On the outside there is a wall which the ball can bounce off too, and in order for players to complete the level, all they need to do is destroy all the blocks without losing their ball. 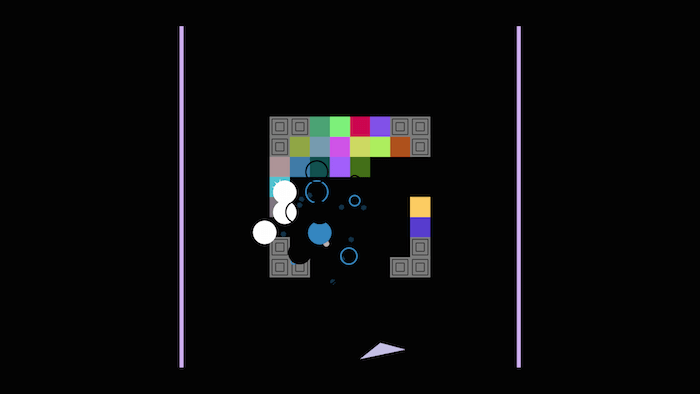 Players can manipulate the ball by bouncing it off the paddle surface and are able to control the paddle by using either the arrow keys on their keyboard or by clicking on the mouse. The paddle though does not move in two dimensions; it instead travels on a circular path. It’s not all plain sailing though, as the more blocks that get smashed, the harder it becomes to direct the ball to the blocks that are left. On top of that, the area in the middle has some indestructible blocks to get in the way, and the wall surrounding the shape can also lose walls, and if the ball drifts into space there is no way to get it back and you automatically lose the level.

Mondrian is an interesting game and has an interesting setting and premise. The blocks in the middle take on the shapes of mainly squares and hexagons and feature an astronomical variety of colours. It’s not held down by just a few colours and features a nice range of shades providing a nice and simple art style. The outside wall too features a variety of shapes and is also random as to which walls are removed as the game plays on. The use of having a paddle go around instead of just up and down is another plus point and upgrades and features are there to be unlocked too. Mondrian features a rather nice and pleasant soundtrack that is neither tense nor hectic, but is just something pleasant to listen too. The game also features its own internal achievements which are fun to unlock too and give the game an internal level of replay value.

“The controls are a little clumsy, and as there is no tutorial as of yet it’s something you just have to discover”

Mondrian though still has some issues. The controls are a little clumsy, and as there is no tutorial as of yet it’s something you just have to discover. While the choice between mouse and keys is okay, I think there should also be an allowance for W, A, S and D keys too. It’s also hard to grasp when the paddle moves around as you need to remember which way the round the paddle really is and its really easy to make a mistake. While upgrades are supposedly unlocked as the game goes on, you don’t see them in later levels, or know how you are supposed to use them. Mondrian also features a level of annoying tedium as to there being no real difficulty level as of yet. You can easily take out 90% of the blocks on the grid but if you lose your ball it counts as a defeat. There are no difficulty settings to make the game easier for first time players. It can also get really drab when there is one block left, but due to the way the game works, it can feel like forever before you are finally able to send the ball that way. 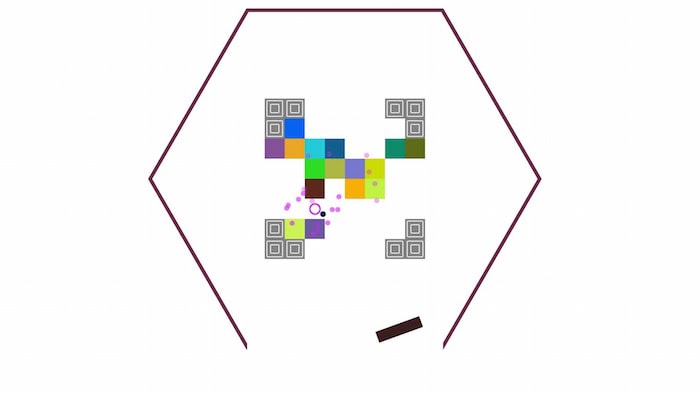 At its current stage I feel like the game still has things to polish out, from lack of objectives to clumsy AI behaviour; however there is a lot to like about this game too. It’s a nice simple game with a lovely art style, soundtrack and simple controls. It may not be everyone’s cup of tea, but there is plenty here for casual players to enjoy.