In the first part of this series we showed you five of the many Nintendo Game Boy titles available to purchase in the 3DS eShop. We reviewed them, rated them and told you if they worth downloading, and now we’re looking at five more. Are these Game Boy games monochrome masterpieces or just a pile of black & white boredom? Let’s find out!

While pool games had been done before, they had never been done properly until the arrival of Side Pocket by Data East in 1986. This new coin-op soon attracted arcade audiences with its funky jazz music, colourful graphics – and digitised images of sexy ladies! The game also seemed to borrow heavily from a popular movie of the time – Martin Scorsese’s The Color Of Money featuring Tom Cruise and Paul Newman; So much in fact that the two main characters in the game seem to have been lifted exactly from the film; you certainly wouldn’t get away with that kind of plagiarism now! The game offered games of standard 9-ball pool alongside some ingenious trick shot contests and controls that allowed you perform outrageous pots. Some four years after Side Pocket first hit the arcades, this Game Boy version followed. Whilst simplified for the handheld device (most notably the lack of colour), it’s still great fun to play and works rather well on the small screen. Numbers are used to define the balls and you still have some pretty special potting skills. Graphics are pretty standard but we must give particular mention to the outstanding music that had us bopping away. The 3DS could really do with a pool game itself, but this will do just fine for now.

Nintendo’s Baseball was one of the earliest releases for the Game Boy back in 1989, complementing the other simply named sports games such as Golf and Tennis. However this game lacked the worldwide appeal of the other titles, with the sport being pretty much ignored in Europe. I was surprised to see that Nintendo chose this one for a Virtual Console release; surely they could have found some better titles? Much like in Golf and Tennis, Mario himself appears in this game, as does his brother Luigi, as players on different teams. You can also tell what markets this game was aimed at when you see the choice between playing American or Japanese mode. The gameplay itself is pretty standard fare; for pitching, your view is behind the batter, and there’s a zoomed out overhead view for fielding. The batting works well enough; it’s possible to really smack that ball but the fielding is just painful. The players move like they are running in treacle and it takes forever to collect the ball. Graphics aren’t bad, but I found the sound effects and music annoying. Personally, I’ve always felt music in sports games is just wrong – I’d rather hear the roar of the crowd. I advise giving this one a miss.

Elsewhere on GameSpew we have already reviewed the new 3DS update of Dr. Mario, so this original Game Boy version may seem a bit on the pointless side, but bear with us. Dr. Mario was pretty much the first proper Mario spin-off and a tremendous success. The core gameplay mixes features of games like Tetris and Columns along with a few original elements. Each screen is infected with several different germs and you must use the pills that drop from the top of the screen to cure them. Each pill has two sides and you must match these to the germs; get four pills/germs of the same type in a row and they vanish. Clear all the germs from the screen and it’s on to the next level. The original NES version used different colours to define the germs and pills, but on the monochrone screen of the Game Boy, it uses different patterns and designs instead. This may sound like they will be difficult to make out, but they actually work very well. As the levels increase, so do the number of germs and the height they get up to on the screen, giving you less room to manoeuvre. Even though a 3DS version already exists, this is just about different enough to be worth getting thanks to some great music and addictive gameplay.

I may be in the minority when I say this, but I hate the vast majority of scrolling platformers – especially ones starring a fat Italian plumber. Yes, I said it. I really don’t like the Super Mario games and never understood the fuss made about them. While I personally don’t care for Super Mario Land, I can appreciate that for many, it’s a highly enjoyable romp that formed a big part of their childhood. Super Mario Land was of course the first Super Mario game to appear on a format other then the NES. It was basically a remix of the original Super Mario Bros. in handheld form – and a title that helped make the Game Boy the huge success it was. As expected, all the usual gameplay mechanics and features such as mushrooms to grow, coins to collect, enemies to jump on, blocks to smash and pipes to explore. I’m pretty sure that stupid princess needs rescuing again too! Super Mario Land is decent enough in all the key areas and will certainly be a nostalgic hit for older Mario fans, but the game doesn’t do anything new and has been very much surpassed by newer titles in the series.

A conversion of the popular 1981 Taito arcade game, Qix may have a pretty simple premise – but also a fiendishly addictive one. The idea is draw boxes on the screen until they fill a certain percentage of it. Sounds easy? Well it isn’t! Bouncing around the screen the whole time is the “qix” (pronounced kicks) and if you hit this while forming a box you lose a life. Not that the qix is your only hazard mind; there are also “sparx”, which move around the perimeter of the screen and can also follow you along any lines you make, taking a life off you if you make contact. As the levels increase you must fill up more of the screen and the speed of both the qix and sparx increases. Some later levels even have two qix (qixes?) to negotiate, but clever players can get by nicely by drawing a box between them, splitting them up. The Game Boy version does have a few minor upgrades over the original coin-op too: the most notable is the new cut scenes between levels that feature an amazingly racist Mario portraying various scenes to represent different countries – pretty weird considering the game is by Taito and not Nintendo. Thanks to its simplistic and purely addicted gameplay, Qix is one of those gems that needs no improvement; it’s as great as ever.

What 3DS Game Boy games would you like to see us cover next? Leave a comment below and tell us your favourite monochromatic marvels! 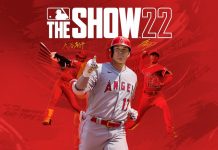