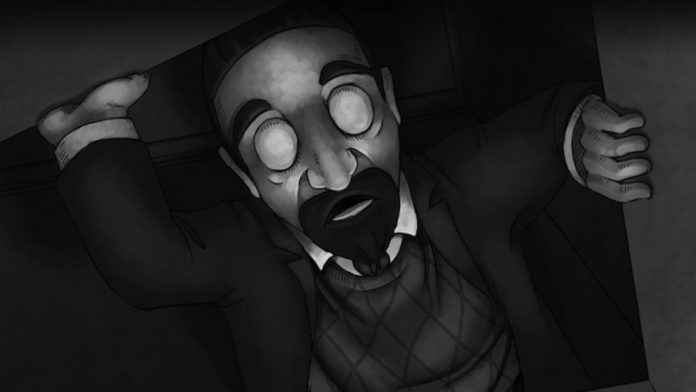 Just two words that you might use to describe The Bridge, a puzzle game by indie developers Ty Taylor and Mario Castañeda, originally released on PC and Xbox 360 in 2013 but now available on PS4 and Xbox One. Inspired by classic “impossible reality” artwork by the likes of M. C. Escher, The Bridge will have you scratching your head – but you won’t be able to put it down.

Puzzle games aren’t for everyone; they cater for a niche market of gamers who, away from all-guns-blazing action shooters, occasionally like to sink into a title that really makes them think. That’s exactly what The Bridge attempts – successfully – to do. Over a course of four sets of levels, you’re challenged with a very simple premise: grab a key and unlock the door to escape. You’re presented with a fixed screen – there’s no vast and roaming locations to explore here; just one mind-bending room. All you can do is walk forwards or backwards – and rotate the room. Of course, it’s never quite as simple as it looks.

As you proceed through the levels, the difficulty gradually increases, with stages becoming more intricate and new obstacles added to your path. You’ll be faced with warping portals that will invert you to add an extra layer of difficulty, and rolling balls that will destroy you should you make contact. Thankfully, you’re equipped with a handy “rewind” function, so just one tap of the button on your controller will reverse time, allowing you to stop at any given point in your progress. The Bridge is never too difficult, which for simple beings like myself isn’t a bad thing, but for those of you who like to really sink your teeth into a fiendish puzzle, you may find it doesn’t quite satisfy your craving. Even if you do get stuck, since the mechanics of the game are fairly straightforward, there’s never too much trial and error involved before you stumble across the right solution. It means that you’ll fly through the 24 puzzles on offer in no time at all. Gladly, upon completion, you’ll unlock a further set of levels with hiked-up difficulty, but by this point you should be such a pro that it won’t pose much of a challenge.

The most noteworthy thing about The Bridge is its art style. It is quite simply visually stunning; the game is presented entirely in monochrome, looking more like a series of pencil sketches than computer-generated images. The starkness of the colour palette never fails to grab your attention, and coupled with a melancholy yet melodic soundtrack lingering in the background, it sets the tone for a very sombre but captivating experience.

The fixed screen viewing of the game is both a blessing and a curse; whilst it’s great to instantly see an overview of your entire environment, the later puzzles are larger in size, meaning you’re viewing from further away. Even playing the game on a 50-inch television meant some details were too small to comfortably see, so for those playing on smaller TVs it could pose something of an inconvenience. The option to zoom the camera in and out would be a great feature to combat this, but no such option seems to be readily available.

However, it’s a testament to the originality and enjoyment of the game that this is the biggest complaint I can find. More a work of art than a video game, The Bridge is an impressive feat considering it was created solely by two people. Despite its rather short length, it’s a brilliant experience that any fan of the puzzle genre, or indeed anyone who appreciates op art, is sure to appreciate.