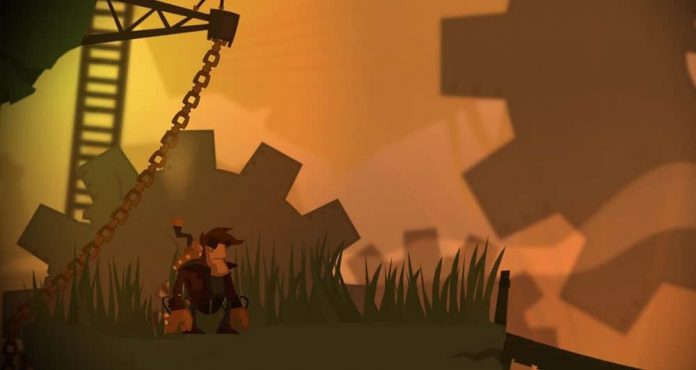 The Swindle is a fast-paced steampunk stealth platformer by Size Five Games – a unique little indie gem trying to spin many plates at once, but only managing to keep a few of them from falling over.

It’s a stealth game and a 2D platformer; an action game with RPG character customisation mechanics, and a rogue-like with randomly generated maps. Set in a steampunk Victorian England, a gang of thieves has 100 days to infiltrate a government facility and stop the creation of a mass Orwellian surveillance device. On the way there the player must break into various randomly generated homes across five levels of increasing difficulty, hack their computers, steal their money, and get back to base without dying or (hopefully) triggering an alarm. The Swindle is an ambitious venture and undoubtedly a unique premise; you’d be curious to find out how Size Five Games pulls it off and disappointingly it’s to various successes and failures.

The randomly generated maps are at first a delight and initially promise more playability and difficulty, but soon become troublesome and annoying. The majority of cash in The Swindle is gained from hacking computers rather than collecting the loose change found on the ground, or in safes, so the player’s main goal is always to hack them. The randomly generated maps thus become a problem when all the computers are spawned at the first open door, making the level ridiculously fast, unrewarding, and easy, or when they’re spawned in areas you can’t currently reach, meaning you’ve pretty much wasted one of your 100 days. The biggest disappointment comes when they’re spawned in ridiculously painful areas to reach that often times seem artificially difficult rather than genuinely challenging. The Swindle definitely doesn’t hold your hand either, offering a bare bones tutorial and opting instead to let you figure out the game on your own. It was difficult to decide in the end whether the randomly generated maps worked in the game’s favour or not, as the randomisation of the layouts did mean every heist was at least going to be a surprise and prevent the player from memorising the best routes and tricks after any deaths – a benefit for a stealth game – but often times it seemed the gameplay as a whole would have greatly benefited if every map was crafted intelligently by hand, and allowed for the maximum use of the large character customisation the game boasted. 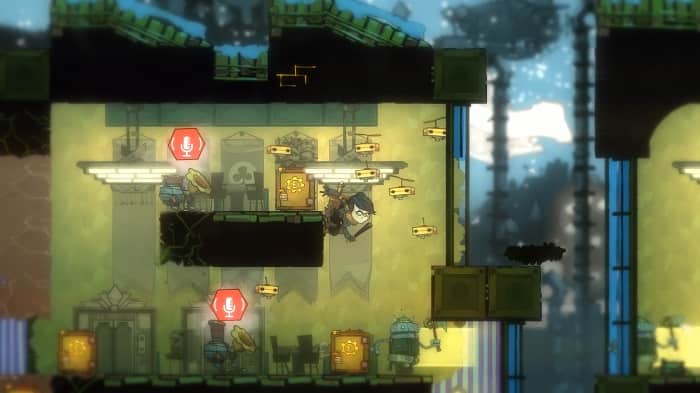 It’s not all bad in this steampunk world though; when the maps generated are good, it’s fun. The aforementioned customisation upgrades you can buy for your character are numerous, and add a decent level of increased depth and enjoyment to the gameplay. The platforming mechanics are tight and respond well to the player. You can slide down walls to avoid falling damage, double, triple, and quadruple jump with upgrades, and take out the steampunk robot guards with your weapon when they’re not looking. Every time your character dies he or she is replaced by another random character – this has no effect on the game but it’s a nice touch. The levels themselves scale up the difficulty of the maps consistently and add in other mechanics like bomb defusing, electric barriers, locked windows, and different enemies. Most of all the visual design is superb and the game is beautiful to look at.

So why, despite its positives, doesn’t The Swindle fully hold up? Well, it gets tedious. Although yes, the customisation upgrades are numerous and do make the game more fun, they also make the game a lot easier. The computers are your real goal throughout each level, and a fairly cheap upgrade you can obtain early on point towards the computers on the map, removing any real need to explore, while another upgrade gives you a case of three explosives up to a possible ten allowing you to simply blow up the walls and ground to the nearest computer, bypassing most of any possible challenge. The game thus becomes less about you improving as a player over time and more about making the game easier with upgrades. The stealth too is very simple, just stay out of the enemies’ glowing line of sight and simple A.I of walking back and forth in a line. To the game’s credit it does try to introduce a stealth mechanic based on sound, and a couple flying robots that can spot you, but the stealth aspects are predictably held back by the fact it’s operating on a 2D plane. 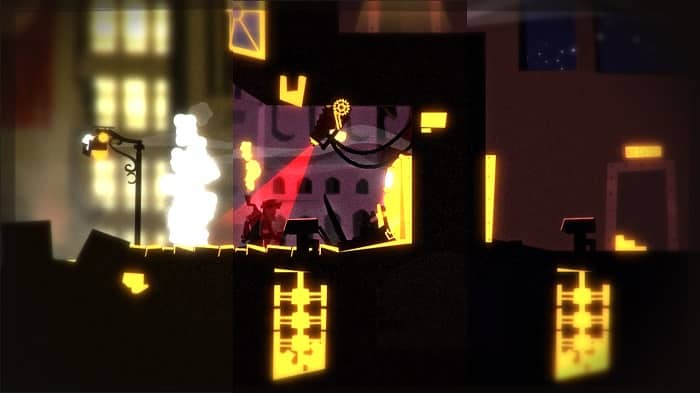 In the end The Swindle is an ambitious game that unfortunately just falls in at average. If you’re a die-hard fan of rogue-likes or if the premise sounds very interesting to you, it may be worth a purchase, as long as your expectations aren’t too high, otherwise it’s regrettably a game that can be passed over.