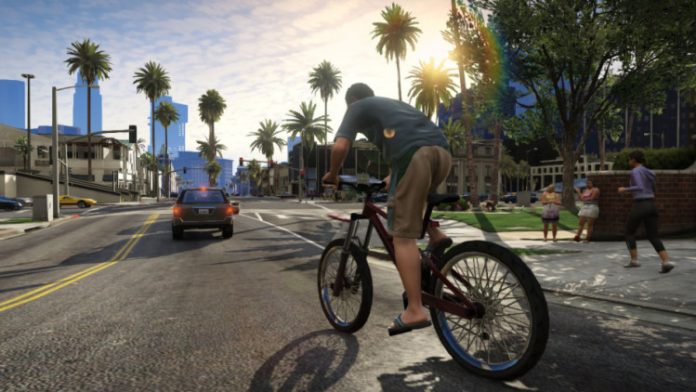 You know that feeling of butterflies people often talk about?

It comes around when you meet a new love, smell a tasty snack, see a cute cat, or open up a brand new Grand Theft Auto. You know before you’ve even popped open the case that you’re in for one hell of a ride. Close the curtains, block out the world and immerse yourself in one of Rockstar’s greatest games.

Before writing this article I knew this could be a controversial one; after all one man’s trash is another man’s treasure as they say. Discussing this theme beforehand with friends I began to realise that some missions I look back on, and still adore, are hated by others. So before you read this, remember it’s only the opinion of a mere mortal. However, if you agree with some of these too then I welcome you with open arms. From the moment you meet Lester and step into his squalid nerd hole, to the unforgettable experience of walking around “LifeInvader” and meeting its hilarious inhabitants, everything about this mission verges on perfection. It’s one of those that stays with you; even long after the game is completed, you still find yourself reminiscing about it.

This mission isn’t all about action, it’s about soaking up the parody of Silicon Valley’s culture. The worst of it.

Michael’s mission involves infiltrating the HQ of GTA‘s answer to Facebook, starting with him having to purchase clothing in order to fit in. Cue sandals, cargo shorts, and a t-shirt under a body-warmer. Nice.

After sneaking into a side room and tinkering with a new device, you then head home to watch the CEO deliver an “explosive” ending. Heh heh. In my eyes, this mission provides one of the best experiences of tactical assault in GTA V. Above all that, it’s a perfect example of the character switching mechanic working beautifully. Something that, when GTA V was announced, I was slightly cynical about.

Franklin and Lamar’s friendship is one of the great little side stories of Grand Theft Auto 5, although they’re very close to being a “hood” version of Laurel and Hardy. In this mission, Lamar finds himself in pretty deep with the wrong crowd, and that’s where the rag tag team of Michael, Trevor and Franklin come in. Geronimo! This was definitely one of those “love/hate” missions. On the surface it seemed pointless, and even more pointless after multiple failures to complete it, but that’s what made it great and quintessentially Rockstar.

Electronics expert “Zero” is introduced to Carl. Zero’s business is in trouble and he’s losing money to arch-nemesis Berkley who owns a similar RC company. As you can probably guess, there comes a bunch of RC-related missions.

This particular one involves stopping waves of Berkley’s RC planes from bombing Zero’s transmitters. Perched on a roof, with a minigun full of infinite ammo, it’s your job to frantically try and halt this onslaught of bi-planes and explosives. This mission comes with a warning though: you may or may not break your controller or lose your mind trying to complete it. Nico, Packie and his gang are about to pull the biggest heist of their lives. Crack open the Bank of Liberty and make off with $1 million. Being a GTA game it’s never going to be quite as easy as that, and that’s what makes it so goddamn fun!

A “simple” smash and grab quickly turns into full-blown street warfare as you’re gunning down cops, dodging police cars and hiding from police helicopters. This mission was a perfect example of open world design at its best: a whole street complex that seemed almost like it was built with this mission in mind. It was certainly hard to pick a winner from GTA IV, but in my eyes this corker of a bank heist will go down in my books as one of the greatest.

5. GTA San Andreas – Wrong Side of the Tracks “All you had to do was follow the damn train CJ!” Aww lawd. Dat quote. If there’s any GTA San Andreas moment that defines the game for fans – and there are many – I reckon this was one of the front runners.

This classic GTA mission starts with you heading to Unity Station with Biggie Smalls – sorry “Big Smoke” – and getting ready to smoke some fools. It might sound easy in practice, but it requires you jumping on a motorbike (with the chunk that is Big Smoke on the back) while getting close enough to the moving train in order to shoot the gangsters before they reach a bridge.

I love this mission purely because the first time I did it the sense of achievement was immense. I went from accidentally popping a wheelie alongside the train, resulting in Big Smoke falling off, to (on the 5th attempt…) completing the mission. It’s a real mother lover, and is infamous among gamers for a very good reason.