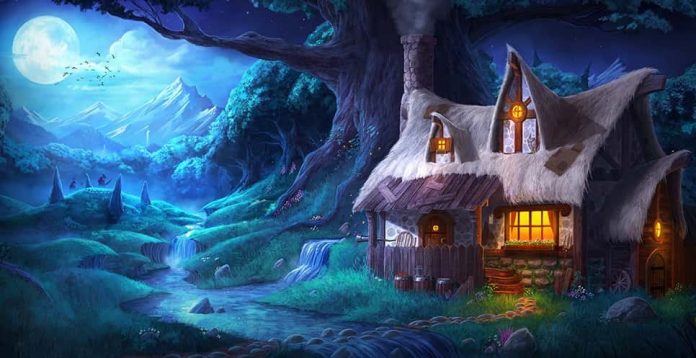 Beautiful environments, quirky characters and engaging narrative-driven platforming is what we have come to expect from Frozenbyte, the developers behind the original Trine, released in 2009.

They lovingly crafted a sumptuous looking and fluid platformer that was widely appreciated by players and lauded by critics. Trine 2 built on this foundation, improving the visual fidelity and engrossing players in its tight narrative-driven levels and the charming personalities of its characters. The third and latest instalment in the series, Trine 3: The Artifacts of Power, unfortunately doesn’t quite manage to clear the high bar set by its acclaimed predecessors.

Any time during your playthrough you can choose to either tackle the main campaign alone or invite a friend along to help you through with three player co-op, both local and online. If you choose to go it alone you will control all three characters, switching back and forth between them as you go. You join the knight Pontius, the wizard Amadeus and the thief Zoya as they are called to action by the mysterious artefact dubbed Trine. Much like the previous games, each character has their own distinct move sets and equipment that help them traverse the stages and overcome the various puzzles and challenges that bar their path.

Graphically, the characters look wonderful and the voice acting is impeccable. Aside from that though, there isn’t much more to these characters this time around. There is no upgrade system, and there are no abilities to unlock. The warrior’s hammer is not present which, along with the thief’s elemental arrow types and the wizard’s repertoire of different shaped boxes, severely limits the player’s ability to creatively overcome the puzzles. In my opinion, a lot of the fun of the previous games was derived from these powers and upgrades. Without all of that, Trine 3 is still a passable platformer,  but those looking for the same magic that made its predecessors a hit may be disappointed. The player can access the story chapters and challenge missions by running around an overworld map, fashioned to look like a table top board game. The story is doled out sparingly and doesn’t do enough to drive the players forward; having to port back to the overworld after every mission disturbs the flow of the narrative and takes you out of the story. You will often find yourself moving from one brief flash of exposition to the next, and between these brief moments you will have to wrestle with awkward controls and frustrating side missions. This frustration comes in the form of small triangles that you must collect in order to unlock the next story chapter – of which there are only eight, by the way. The first three are used as introductory tutorials for each character. As I progressed through the stages – quite quickly, I might add – I soon realised that this was it; there was no Hail Mary pass coming in the final minute. Like a hastily padded bra it was all potatoes and no meat.

Additional challenge missions are unlocked as you progress through the main chapters of the story to pad out the experience. They have little to offer in the way of actual plot and serve as a source of triangles, which are mandatory in order to unlock certain chapters of the story. In these missions you are given access to one character, and although their moves are limited compared to previous games, there are moments in which a puzzle will require you to apply them in interesting ways. I found the thief Zoya particularly entertaining as her grappling rope is frequently put to good use. There are several moments when you will have to attach it to an object like a door or platform and then loop it around a post and pull in order to get it to move. As I continued to play, I found this mechanic to be a little unpredictable at times and, like the boxes conjured by the wizard, difficult to control. If you die during the main story you just switch to one of the other two characters and carry on, but in these challenge missions you are required to restart the level from the beginning, which gets to be a little frustrating especially during some of the more lengthy stages.

Graphically, Trine 3 is beautiful; full of colour, and accompanied by a great soundtrack. Promising stories untold are hinted at and the potential for adventure is soaked in a vat of whimsy. That being said, like so many things about this game, there is a caveat to this. While the levels look wonderful, the fixed camera makes navigating the stages difficult at times and unlike the two previous games, the player is able to navigate in three dimensions: there is a foreground and a background, and the game is the poorer for it. Neither the puzzles, the platforming nor the frankly feeble combat have evolved sufficiently to cope with the new 3D environments. Frequently I found myself taking a leap into the unknown, or being unable to progress because the camera refuses to cooperate. This is only exacerbated by the new 3D environments. Less absorbing than its predecessors is how I would describe Trine 3: The Artifacts of Power. If outstanding visuals are enough for you to forgive what is otherwise a rather average platformer this might be the game for you. The many fans of the series however, expecting to be swept into a charming story filled with a tight and challenging series of physics-based puzzles, may find less than they bargained for.

Trine 3: The Artifacts of Power is available on  PC.