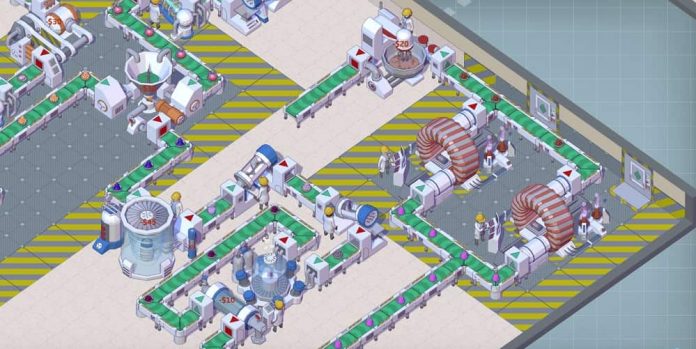 They stand alone as being the best way to become immersed in a role and often the strongest kinds of games are those that give the player tools to be the role they have chosen to be. An experience can be geared to the player’s experience and can empower them without resorting to power fantasies. Sometimes, the independent game mechanics can place the player in the shoes of a horrible, corporate greed machine. And this is where we are with Big Pharma. It’s a puzzle/tycoon simulator that forces you to become a role, and one you might not be comfortable with.

In Big Pharma, you take the role of a CEO of a pharmaceutical company, and you have to take your fledgling company from minor painkiller pusher to mega-corporate cancer killer. In its most basic form, you are tasked with creating cures. The stronger and better cures generally do a better job but earn you less money due to manufacturing costs. Oh, but it’s not that simple. Cheaper production costs sound like an ideal way to save money and get more in return, right? Well… yes and no. In this game, and much like real life, a hasty job with no due care and attention can cut corners and could possibly be a little… unreliable. It’s this constant tug of war between doing a good job and earning a little more cash that keeps the game moving forward, and gives you a little more to intellectually chew over while you number crunch your production costs.

At the start of the game, you are dumped into an empty factory lot where you will be able to start building production machines and start manufacturing some cures. Each segment of the factory will have an input point where you can choose to pull through certain ingredients which may or may not have positive attributes. Running these ingredients through a careful setup of specific machines will either emphasise or dissipate the base positive or negative effects of your ingredients. Once you’re happy with the result, throw what you have into a pill machine and pipe it out through one of your output points where it will be given a name and shipped off into the world to be sold. To be clear, yes, you can give your pills some immensely stupid names.

The amount of machinery used and stops made along the way on your production line will often chip away a little bit of money each time, before being spat out into the world and being sold for a fee, so you often have to keep an eye on how expensive a drug is before sending it away. It’s entirely possible to sell a drug that actually costs way more to make, leading you to making some very questionable choices early on to cut the costs of your magic pills. But as you continue to play the game, the more complex machinery required to build more lucrative cures become essential, and further sap away at your funds meaning that often that valuable cure for glaucoma you’re hard at work for might not actually be worth it in the end. But hey, if you rush the cure through as fast as possible, you can start earning a few dollars right now. Sure, it might have a few nasty side-effects like internal bleeding but don’t worry about that. It’s perfectly fine to capitalise on illness to make a few dollars, right? Right…?

It’s incredible how quickly this game goes from being about curing ailments to just chasing all the profits. The game will augment your inner bastard by pitting you against rival CEOs, where you’ll be given regular Twitter-style updates on what they’re doing. And get ready to feel jealousy. This game really tugs at your envy. You’ll often curse your screen wondering “how on earth did HE get such a great cure for headaches?!” Big Pharma knows this, and it’ll take advantage of it. It will often throw world events at you to test how badly you want that extra profit margin, while at the same time totally diminishing your empathy for humans. It’ll warn you of an oncoming viral infection ravaging the world’s poorer countries, spurring you to invent a hasty cure filled with deadly side effects, just so you can quickly undercut your opposition and get all that lucrative virus money all for yourself. This game is so deliciously evil. But of course, you can do it the normal way. The boring way. But don’t you want all that money for yourself? You can also put scientists hard at work to research some brand new machines and ingredients, or simply improve existing ones. This is a nice way to improve the quality of your production lines and keep a consistent, stable way of producing reliable cures and boost profits the legitimate way. It’s expensive doing things the proper way, but if you invest money in the right areas, it’s entirely possible, and that’s what I really like about Big Pharma. As much of a temptation it is to be a corporate nihilist, you can still do things the proper way, and, actually, it feels a lot more rewarding to do so, too. Being good requires real patience, virtue and morality. You need to commit to your good intentions and be disciplined enough to see them through to the end, and your moral fortitude will be tested even further later on in the game; certain scenarios will test your morals by forcing unfair economic sanctions or an overabundance of bad ingredients on you, all designed to test how easily you slip to the dark side.

Big Pharma, in this respect, really does feel unique, as it’s rare to get an economic/sim game that was built from the design level up to be a morality play on human greed. And as unique and refreshing as this is, the game does feel a little barren. It isn’t as though they haven’t tried to fill the game out, but it doesn’t feel very deep. There’s enough content to tease out a good few hours of gameplay, but the factory floors don’t offer much in the way of comedic interludes or interesting distractions, even when they’re running at full tilt. Your machines just operate, whirr, whine and pump away under your auspices while the technician working them occasionally twists a crank. Despite your production being in full flow it all feels really flat. This might be fixed later but as of right now, there’s no life in the factory floor, and I expected a little more Theme Hospital inspired brevity and satire.

This has an upside, though. The sterile quality of the game’s art design is clearly on purpose and while it does seem to hark back to Theme Hospital, it does so slightly nervously. The UI is clean and clear, being ordered in tabs along the bottom of the screen. Despite the emphasis on the numbers game and need for stats and graphs, you won’t be scratching your head looking at pages and pages of horrible numbers like you would in something like, say, Europa Universalis and my place in the game’s standings never felt like it was shrouded in mystery. The UI presents information in an accessible, clean manner.

But really, the game has a lot to offer and despite its certain lack of depth, there’s no denying the infectious itch to go and make some bad headache pills is leering over my shoulder. Big Pharma is a promising satire on greedy pharmaceutical companies that bites hard and leaves you wanting a little more.

Big Pharma is available on PC.