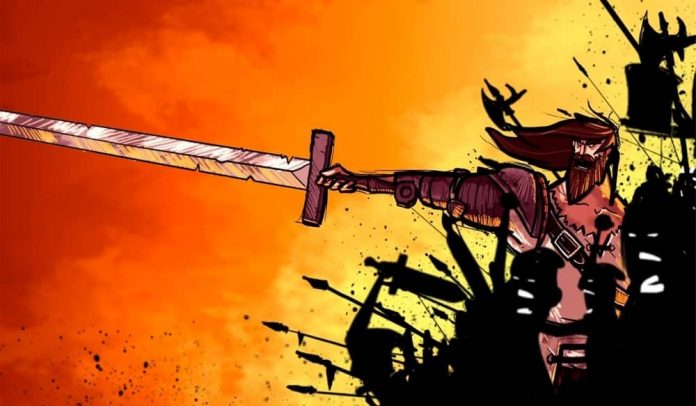 Based on a true story, Cross of the Dutchman is a historical action-adventure game recently released on PC via Steam, Humble and other distribution platforms. While the gameplay mechanics may not be looking to cause a revolution, the charm of this little game comes from its creative exploration of the life of a Frisian folk hero.

In Cross of the Dutchman, you take the role of Pier Donia, a real-life historical rebel leader and freedom fighter, whose story has continuously been recounted and embellished with myth over the ages to become something of a Dutch folk legend. When it comes to the game it’s difficult to know where the truth ends and the fiction begins, just like any adaptation of a fable such as this, but I can be pretty certain that the real Pier Donia didn’t casually loot treasure chests from other people’s land or obsessive-compulsively smash barrels to collect gold coins.

The version of Pier portrayed in Cross of the Dutchman has a hot temper and thinks with his fists – and his fists won’t be getting into Oxford any time soon, I can tell you. While an effort is made to remind the player of Pier’s motivations (through him occasionally returning home so he can check his family are still alive) he does suffer slightly from “Marcus Fenix syndrome”, in that his default emotional setting seems to be irrational violent rage. Pier responds to every slightest provocation by yelling threats or smashing skulls, so much so that it doesn’t carry enough weight when he actually has a valid reason to be angry. 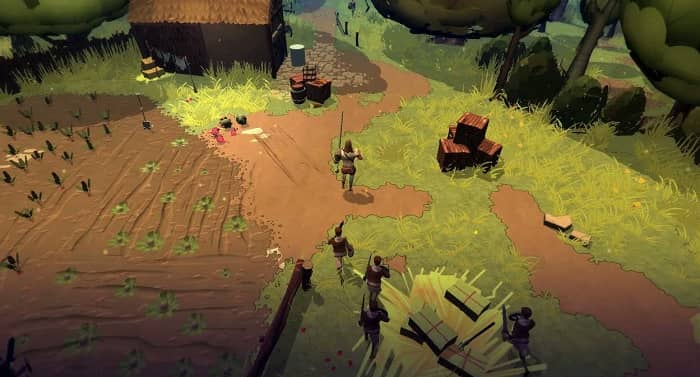 So while the hero himself could have been made into a more sympathetic character, if the goal of the developers was to get people interested in Pier Donia’s story then I must admit they succeeded. The game continuously provides real historical information but it rarely felt like it was desperately trying to educate, and it was presented in a fun and light enough way to make me curious about the stories and characters – which I immediately researched as soon as I’d finished the game. So if the interesting narrative framework is enough for you then wonderful, because pretty much everything else in the game can at best be described as functional, and at worst be described as bland.

The actual mechanics of Cross of the Dutchman are your basic top-down, action-adventure, hack ‘n’ slashy type affair; and player actions can be divided into punching things and punching things slightly harder. There are also a few stealth sections dotted along the campaign, but just like the combat, it has been stripped down to its bare bones. I’m not saying that the game was unenjoyable to play, in fact sometimes there can be a certain appeal in this kind of simplicity, but with two-button combat and very little else, there’s just really not much substance to the game. No, unlike the brutal Saxon forces, Cross of the Dutchman will not set the world on fire. Not that every game has to be completely original or bewilderingly complex, but it’s clear that every aspect of the gameplay only exists to support the game’s USP – the historical tale of Grutte Pier. 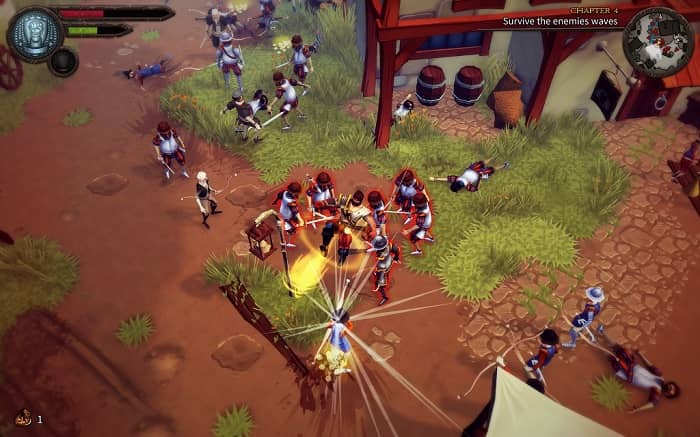 I will say that the playable environments look very pretty and are nicely stylised, and the same can be said of the character artworks that form the game’s cutscenes. The nice, peaceful rural villages that are explored during the first half of the game create a nice degree of contrast when the Saxon oppressors begin to lay waste to the land with fires and destruction. The high standard of graphics were not extended to the character models however – which look like they belong in a PS1 game – but it’s very easy to look past, mainly because when enemies are killed their ragdolls have a tendency to land in childishly humorous positions.

Cross of the Dutchman comes in a little short at only a two to three hour play time, but I honestly think this works in the game’s favour. The lack of substance and complexity in the combat would have certainly made the player’s dedication to Pier’s story waver had they stretched it out any longer. As it stands, it’s a short, sweet and snacky little game that packages up a nice little folk legend in a way that makes it fun and interesting for a couple of hours, even if the actual game doesn’t stick with you once you’ve put down the controller. Playing Cross of the Dutchman, you’ll not only come away with greater knowledge of the exciting life of Pier Donia, but you’ll also have learned the greatest lesson of all – that all of life’s problems can be solved by punching it really hard.

Cross of the Dutchman is available on PC.