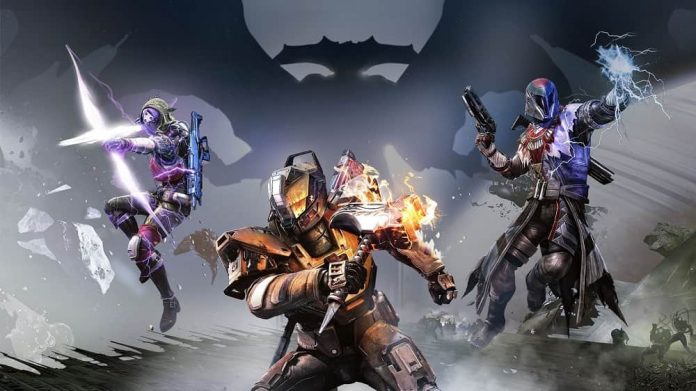 One of the biggest deals players are making about the huge Destiny 2.0 update (and the subsequent year 2 expansion, The Taken King, out now) is that – after a full year of questing, raiding, strikes and duking it out in the Crucible – the players are finally getting a story. But why do games need stories?

Well, that’s not quite true. Destiny already has a rich and engaging back-story (as anyone taking the time to read the great wealth of Grimoire cards will know – you can read them all here if you haven’t already). The problem is that the story wasn’t actually in the game: it was on an external website (and in the mobile app), meaning that, while playing the game, the players have no access to that information – they have to stop playing and go to the website (or the app) to view the cards that they’ve unlocked with no idea if this card is going to flesh out a tiny bit of story, bring a little more life to the world or just tell them that a particular gun goes bang and is blue.

Despite not having much of a story Destiny still attracts millions of players every day and more than that number of casual viewers to the many Twitch and YouTube streams, dedicated to the game, around the world. Why, then, are Bungie so concerned with bringing the story into the game now?

In the beginning there was Pong. Two white, vertical paddles and a white ball on a black background. A single control knob on a rudimentary “controller”. A score. And not a story in sight. Later, there were arcade games like Space Invaders, Frogger, Donkey Kong and Pac-Man. These games had a short back-story to give players a reason for their actions (you’re protecting the world from invading aliens, you’re trying to cross the road, you’re attempting to save a lady from a big monkey and you’re just trying to eat your pellets without these ghosts getting in the way) but no story beyond that.

Then Zork came along. A basic (hah!) text adventure that actually told a story through gameplay. The player would use an incredibly powerful text parser (look it up; I had to) to noun- and verbalise their way through a giant underworld in order to become the Dungeon Master. The story wasn’t just dropped on you at intervals, either, you found things out and experienced the world yourself – you drove the story and inhabited it. Zork paved the way for more story-based gaming and proved that shooting and racing weren’t the only things that people wanted from their video games.

“For a lot of games, story was still something of an after-thought or, in a lot of cases, a never-thought.”

But, even with the sophisticated story-telling of Zork proving incredibly infectious amongst the burgeoning gamer population, story was, for a lot of games, still something of an after-thought (actually it often came at the beginning of a game and was never mentioned again) or, in a lot of cases, a never-thought. Madden, Fifa, Duck Hunt and Tetris are best selling games that have, and need, no story. Even games like Super Mario only have a vestigial story to get the ball rolling or present an end-game scenario (arcade games didn’t need this – they were designed to go on and on for as long as kids pumped pennies into the slot of joy).

In more modern times, story-telling in games has evolved dramatically to plunge players into ever richer worlds, ever darker fantasies and ever more realistic universes. Games like The Last of Us have garnered massive critical acclaim and a raft of awards because of their story; the Grand Theft Auto series has always showcased vibrant and lively settings, characters and stories and World of Warcraft once had over 12 million players reveling in the rich history, the engaging quest-lines and the ongoing story that the game delivers in spades. Telltale Games are, currently, making their living producing interactive fiction (Wikipedia has an awesome sentence on its The Walking Dead page in which it calls TWD an “episodic interactive drama graphic adventure video game”). Whether you like them or not, it’s not hard to admit that the ‘gameplay’ element of TTG’s interactive fiction games is limited, to say the least. There are a few QTE’s, some character control, dialogue trees and even death but, on the whole, it’s very much on-rails gaming. The story, it seems, is swiftly becoming king and the makers of video games are embracing it tightly. So why don’t games need stories?

Probably the biggest reason that video games don’t need a story is right there in their name. They’re games. They aren’t books, they aren’t TV shows, they aren’t movies. They aren’t Radio 4 audio dramas; you play them. For whatever reason, you play them. You play them to save the world, you play them to beat your friends, to get the highest score, to continually beat your line manager to a pulp in a digital arena. There’s something that you get from a game that you can’t get from any other form of entertainment media – whatever is happening on that screen is as a direct result of your actions: you’re pulling the trigger, you’re free-running through Florence, you’re lining up all those little, falling blocks. You. And that’s what matters most.

Gaming itself is shifting back towards more of an arcade-like structure, too. The kids who spent all their pocket money on Battle Toads, R-Type and Contra in the 80s are grown up now, some of them have jobs, some of them have kids and all of them have less time. We want instant gratification, a more casual approach, something that we can dip in to and out of in a matter of minutes. If you’re reading this on a mobile, check out your app store of choice. If you’re on a PC, log in to Steam (if you don’t have Steam, download and log in to Steam – I’ll wait… Done? Okay) and check the store. I’m willing to bet that the majority of games aren’t story games; they’re party games, they’re casual games, they’re purveyors of the finest instant gratification known to man (or woman). Flappy Birds doesn’t have a story. Minecraft doesn’t have a story (not really). Mount Your Friends definitely doesn’t have, or need, a story. Even the survival-horror games, that seem to be the go-to genre of choice for just about everyone at the moment, don’t have stories.

“Good games can take tens, even hundreds of hours to tell their stories and you aren’t just sitting there and absorbing it – you’re living it, you’re telling it.”

We don’t really care about stories unless we’ve got the time to devote to them. We have to remember that the stories we get from TV and movies are in bursts of half an hour to two and a half hours. Good games can take tens, even hundreds (in the case of some MMORPGs) of hours to tell their stories and you aren’t just sitting there and absorbing it – you’re living it, you’re telling it. If we can drop into a game, kill a few bad guys (or gals), get some sweet loot and drop out again to walk the dog, make some supper or change a dirty nappy we’re happy. Destiny does all of that, and more, and it does it with style. Patrols are addictive. Gathering Exotics is like catching all the Pokemon. Strikes and Raids present players with a little more time with something to really get their teeth into. And, once you’ve had enough PvE for one day, there’s always the Crucible.

Does Destiny need a story? Additional quests were always going to be forthcoming in TTK and, of course, we’ll get some story because this is a AAA game from the studio that brought us Halo. In answer; no, it doesn’t need a story, but we’re all very glad that they’re putting one in there, all the same. 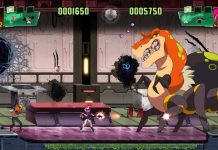 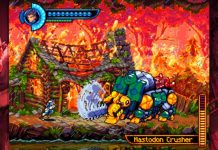