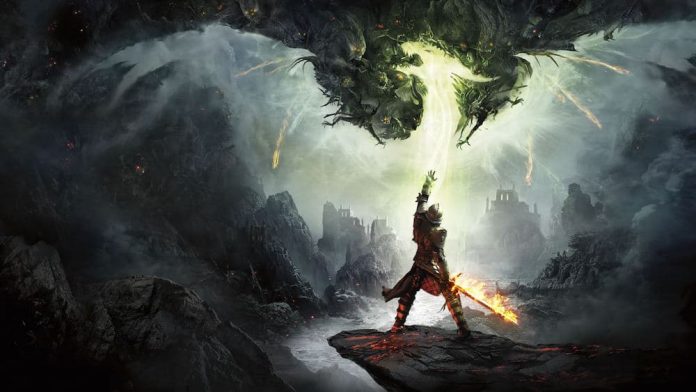 Guild Wars, World of Warcraft, Neverwinter… The list of RPGs I’ve played and thoroughly enjoyed throughout my life goes on, but none will ever amount to Bioware’s Dragon Age.

Come, my friends, as we embark on a journey across the Amaranthine Ocean to explore the wonders of Thedas! Pull up a seat in Kirkwall’s Hanged Man tavern and take heed to one of Varric’s tales, or perhaps pick up some fine crafts direct from Orzammar! Whether you take up the mantle of Origins‘ “Hero of Ferelden”, Dragon Age II‘s “Champion of Kirkwall”, or Inquisition‘s “Herald of Andraste”, you’re in the seat of a legend. No other game offers the same feeling of heroism as Dragon Age; you genuinely make a difference to the game’s world. That sense of change is only enhanced when your decisions in-game affect the future games. When my Inquisitor in Inquisition was approached by Garrett Hawke who looked and behaved as I made him to in my Dragon Age II playthrough, I almost wept.

“[Dragon Age] actively tackles more controversial subjects that a lot of fiction dares not to, such as racial oppression and sexuality”

Dragon Age is the only game series in which I feel a connection to the characters. The top-notch voice acting combined with the perfect script-writing, with just the right balance between humour and total seriousness, create these unforgettable relationships with your companions. You’ve got Varric’s irreplaceable friendship in two games, Morrigan’s moods throughout Origins and the oddity that is Sandal in Origins and II, though unfortunately not Inquisition. It’s also the first game to have a romance system that seemed to actually matter! Romance Morrigan in Origins, and you’ve got yourself a God baby to save the world. Romance Dorian in Inquisition and you run the risk of the political world frowning down upon you.

Dragon Age has this thoroughly developed, rich history unrivalled by any other. If you’ve a question about any aspect of Thedas customs or foreign knowledge, there’s bound to be a codex entry that’ll inform. In no other game have I found text informing me of how the world looks upon homosexuality. Not only does it have a fully fleshed-out, constant background but history changes depending on your actions and that shows in later games. It also actively tackles more controversial subjects that a lot of fiction dares not to, such as racial oppression and sexuality. While the combat may not be my favourite of video games, I prefer more free-flowing combat like that of the Arkham games, although Dragon Age has what I see as the most bearable of RPG combat systems, especially in Inquisition. It’s simply faster and smoother than other RPGs. And the art style, by the Maker, Dragon Age is absolutely beautiful sometimes, especially Inquisition, being on current generation platforms. It’s not just the scenery they got right, but the hundreds of armour and weapon variants. While some armours and weapons, admittedly, just look ridiculous, there are a lot that make you feel cool and that’s what I look for in a game’s armoury. And the musical score, oh my, I get all tingly listening to it.

“When my Inquisitor in Inquisition was approached by Garrett Hawke who looked and behaved as I made him to in my Dragon Age II playthrough, I almost wept”

Exploring Fereldan and Orlais in-game is so satisfying, not only because of the stunning scenery but the little secrets and surprises tucked around the corners. Say you’re just taking a stroll around the Hinterlands, it’s a lovely day, you’re chatting away to your companions when suddenly you hear the echoing roar of a dragon. There aren’t many games that offer that same rush. Skyrim creates a similar atmosphere but, without companions and a huge variety of secrets and combatants, it’s just not the same. 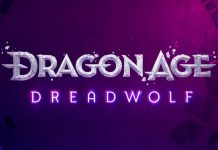