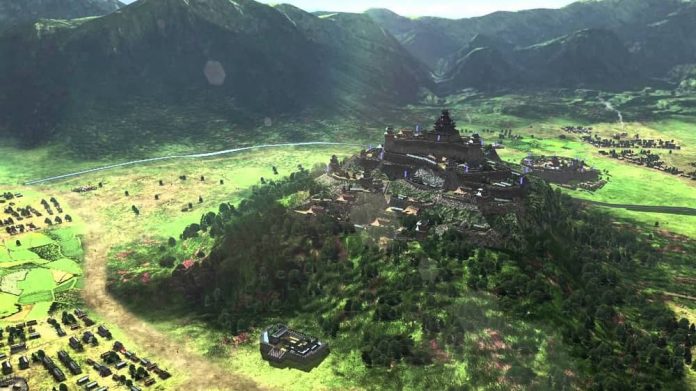 Nobunaga’s Ambition: The Sphere of Influence is a turn-based strategy game from Japanese studio Koei Tecmo.

Koei have been quietly pumping out this kind of historical strategy simulator for long time now and they tend to fly under the radar here in the west. People fond of importing games may be more well attuned to these games as they often tend to be deftly made, stat-heavy explorations into the turn based strategy genre, a genre dominated by western greats such as XCOM, Civilization, et al. This latest offering gives you devious political backstabbing and espionage set against a grand, beautiful tapestry of Japanese History. Expect lots of sword charges and historically accurate behind-the-scenes scheming, but is it enough to contend with western favourites?

I hated maths at school. Way back then, I glibly laid my head on my exam table during my GCSEs and scribbled away on my examination paper until the whole thing was over. Years later, I am cursed for my foolishness by a terrible fear of numbers, and a total lack of awareness of even basic mathematical ideas. So it’s a wonder, then, that games such as this even resonate with me. Japanese games, especially RPGs, tend to lean quite favourably towards stats. Games like Monster Hunter, Dark Souls, and even Nobunaga’s Ambition often contain screens upon screens of diagrams and tables all laced with juicy, numerical stats. This should turn me off but I’ve found an enjoyable degree of challenge in deciphering the tomes of numbers found in these games. Nobunaga’s Ambition is all about numbers. It’s all about stats. Each turn offers you another opportunity to boost one set of numbers at the cost of another, and this reliance on numbers often determines your chances of success in the game later on. At the beginning of the game you select a Japanese clan from a wide array of historical eras, often varying in power and size, then you’re thrown into your province with a handful of settlements, areas and castles. Each key location will have a castle, and it’s the area surrounding your castles that’ll see the most development. Each turn, you are able to either advance your land, enact a new political policy, or get to work scheming against, or indeed befriending, your neighbours. Every part of the game is determined by numbers. It costs money to play the political game against your neighbours, it costs resources to grow your settlements and to keep your army going, and at any time you can pull up a menu with a bewildering level of numbers and stats to keep track of.

With each settlement, you can advance them in one of three directions. You can grow your farmlands, invest in more money per turn, or chose to grow the amount of soldiers stationed in the nearby castle. On top of that you’ll be building actual enhancements to your castle grounds too, improving what it can offer you as well as building up defences and choosing to erect buildings that augment what that settlement can produce. For example, is your castle sitting on fertile farming ground? Then it’s probably a wise idea to invest in agricultural buildings. It’ll boost those all important numbers I was talking about. This is all done from the contextual dialogue boxes tagged to the castles which, despite a beautiful, massive map of Japan the game takes place on, has nearly no visual representation alongside your castle. Your choices to build more farms or stone walls often amount to nothing more than more numbers that get tacked on to your clan or a small polygonal box that sort of looks like a house. It’s a little bit flat and unimpressive, really, but like I said, it’s all in the stats and the numbers. Working alongside your internal developments, you’ll also need to focus on your neighbours. As the game ticks away, your political relationships will ebb and flow with the passing of time. You can send your agents off into nearby settlements to butter them up, promise to provide them support, perhaps even slip a little coin under a napkin and hope they take the gesture as a compliment. You can even entice disillusioned officers from enemy lands into your faction by the same method albeit more expensive. It’s entirely possible to connive and sneak your way to the top in Nobunaga’s Ambition and it feels great to finally pull that enemy officer over to your cause. As this occurs, you’ll notice developments from far away clans slowly humming away at the bottom right of the map. Events of importance detailed miles and miles away will ping up every now and then, giving real flavour to the world, and it really feels as though anything can happen as the AI works in the background independently of your own input. Sadly, though, moments of importance such as your Daimyo pegging it of old age are often relegated to a miserly, single sentence at the bottom of the screen, before the game quietly puts another in his place. Perhaps that’s the point the game. Maybe it’s trying to convey to us that military societies operate like a machine, and the death of a leader is merely nothing, but I don’t really think that’s the case. Bafflingly though, big, real world historical moments are hard-coded into each scenario, and control will be relinquished from you to make exceptions for these moments, rendering the procedural nature of each campaign kind of feel a little bit meaningless. It could be argued that these add scenario-based challenges to the proceedings but really, they feel as though the game developers want you to play their way. Not your way. Nobunaga’s Ambition wants to stay true to history, but by the same token wants you to play it your way, and really, it clashes.

What doesn’t help either is the learning curve is a little steep. There is a tutorial scenario to play through, and tooltip prompts, but they’re not really helpful enough to get you into the game. A lot of knowledge is sort of assumed here, and really if you’ve never played a Koei Tecmo strategy game before, you’re in for a big wall of stats, numbers, facts, dry information and basically a whole lot of ignoring the beautiful, scale map of Japan that the gameplay takes place on. The tutorial is a dismal set of painfully written dialogues between two characters and it just feels so awfully lazy. You really have to rely on your own knack for common sense to get anywhere, and sometimes people (i.e. me) lack quite a lot of that. That said, the pace of each game is a nice, pleasant slow burn, and your limited actions each turn give you goals to aim for and things to really want to achieve later on. This all, of course, inevitably leads to the combat scenarios, which for me is where the game really shines. A real-time, realistic approach is what they’ve aimed for here, something akin to the battle scenarios from a Total War game, and each skirmish will feel like a grand scene from Gladiator with some turn-based RPG skills thrown into the mix. The tide of a battle can be turned right around with a well-executed skill at the right moment, and direction of attack, unit choice and morale are all important factors to take into consideration. It’s entirely possible to have your David and Goliath moments here, as a small band of 200 can crush a group of a thousand with the right command choices. Charging your horse units at the flank of an enemy with the Charge skill feels suitably righteous. It’s a neat payoff for all that financing and statistical Tetris you play during the main bulk of the game.

Nobunaga’s Ambition: The Sphere of Influence plays it straight, but fair, offering you the right level of politicking versus crushing military battles and financing, but its learning curve leads to a slow start. Really, in the current climate with XCOM 2 on the horizon, Civilization as popular as ever and newcomers such as Endless Legend entering the fray, it has to work extra hard to stand out and I feel that its slightly unfriendly outward appearance may ward off newcomers. But for those that brave the iron curtain, it rewards in buckets.

Nobunaga’s Ambition: Sphere of Influence is available on PlayStation 4, PlayStation 3 and PC. We reviewed the PlayStation 4 Version. Buy now from Amazon.