Last Tuesday saw the release of what for many will probably be the game of the year, Metal Gear Solid V: The Phantom Pain. The latest entry in the highly regarded Metal Gear series, it was undoubtedly hyped beyond measure thanks to a constant barrage of media coverage about the game itself and the apparent fallout between its creator, Hideo Kojima, and his employer Konami. With mainstream press attending camps to review the game, before launch day it had already acquired a bewildering number of glowing reviews awarding the title 5/5 and 10/10 scores. You’d honestly believe it heralded a new age of videogames given the amount of praise bestowed upon it.

Released on the same day, and therefore pretty much sent out to die, was a new game based on the Mad Max film franchise. Developed by Avalanche Studios of Just Cause fame, review copies for this title were sent out for the day of release, meaning that reviews trickled through shortly after its muted launch, and whilst they weren’t terrible, they also didn’t paint the game in a great light.

Two open world games, both with their own unique take on the genre, created by talented developers. One met with universal praise by the mainstream press, the other, apathy. So what gives? Maybe, just maybe, Metal Gear Solid V: The Phantom Pain truly is a ground-breaking game, whilst Mad Max offers nothing more than tedium? A quick glance on forums such as NeoGaf and GameFAQs however, and it’s clear: an overwhelming amount of people are truly enjoying Mad Max a great deal, whilst there’s a growing crowd of MGS V purchasers that don’t think it’s all that it’s cracked up to be. Personally, after completing the simply sensational prologue of Metal Gear Sold 5: The Phantom Pain, I found it to be a lifeless, boring experience; and with 15 hours of playtime under my belt, I gave up on reviewing it as I didn’t feel I could force myself to play it enough to give it a fair review. I found the missions to be repetitive, the story pretty much non-existent, the Mother Base system unnecessary, and for me, worst of all, I found the tone and gameplay of the title to be schizophrenic; never quite sure if it wanted to be comedic or serious, a hardcore stealth game or an all-out action game. The short time I’ve spent watching and playing Mad Max on the other hand, has me chomping at the bit to delve into its more focused, unique and crazy world as soon as I get the chance.

“If for any reason a reviewer finds themselves frequently at odds with the general public, is it really ethical for them to continue influencing their purchasing decisions?”

Commenting on the disparity between the views of critics and general public regarding the Mad Max scores, games critic and YouTuber Total Biscuit tweeted “Reviewers not liking the Mad Max game isn’t an ethical issue, but a disconnect between what critics look for and what gamers want in a title”. Two salient points, quite clearly made, but given that it is becoming more apparent that there is indeed a disconnect between what critics and gamers look for in a game, how can this itself not be an ethical issue?

Surely a reviewer’s task is to assess a game on its merits in an uncontrolled environment; free of any bias, political agenda or external influences, before giving their opinion to the consumers they serve. After all, without a loyal readership what’s the point of a review? If for any reason a reviewer finds themselves frequently at odds with the general public, is it really ethical for them to continue influencing their purchasing decisions? Perhaps turning people away from games they would really enjoy whilst convincing them to buy titles that they themselves perceive to be “original” or “groundbreaking” that don’t actually resonate with them. I don’t think so. The whole issue begs the question: just what do reviewers look for when critiquing a game? Obviously this is a murky grey area – as individuals, some reviewers will be studying areas of the game that others do not – but you would hope that precedence is given to vital factors such as gameplay, pacing and content. I’m noticing all too often that I see games slandered for nothing more than not being original, not being what the reviewer expects it to be, or perhaps for containing content that the reviewer finds morally questionable. Should these affect a review score? No. By all means mention these issues in the text, but to me, these issues should not be reflected in the score as they verge more on pushing an agenda than a fair critique. Consider going out for a fancy meal: would you take the waiter’s word that the beef sauvignon is only average because they began serving beef stroganoff first, and hey, they’re both beef, right? Or even more worrying; that the beef sauvignon is terrible because the waiter himself is a vegan? Just because there is a game out there that does something just as good, or doesn’t push your political buttons, it doesn’t make the game at hand any worse. Someone may have zero interest in Batman: Arkham Knight, but be bowled over by the world of Mad Max.

Essentially, as a reviewer, I believe it’s your responsibility to serve your audience and make sure their needs are met. To do this, I don’t think there’s anything better than being on their level. If you’re not an average gamer, serving the average gamer, then maybe you need to state that and make it clear. Practices such as forcing yourself to complete a game as fast as you can in order to get a review out as soon as possible are not healthy, and does not give you the same experience of a game as the majority of your audience will. It’s also important to not get caught up in the pre-launch hype train. Like a self-fulfilling prophecy, if you keep being told that a game is going to be good, you’re probably going to have a better opinion of it upon release.

Games for me will always be a hobby, and if they ever become to feel like a job or a chore I’ll give up writing about them. For what would be the point of me writing about something I no longer had the passion to play, and the conviction that my views on them are valid? 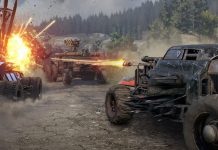 If You Like Car Combat Games, You Should Really be Playing Crossout 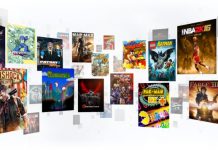 Is the Xbox Game Pass Worth Paying For?